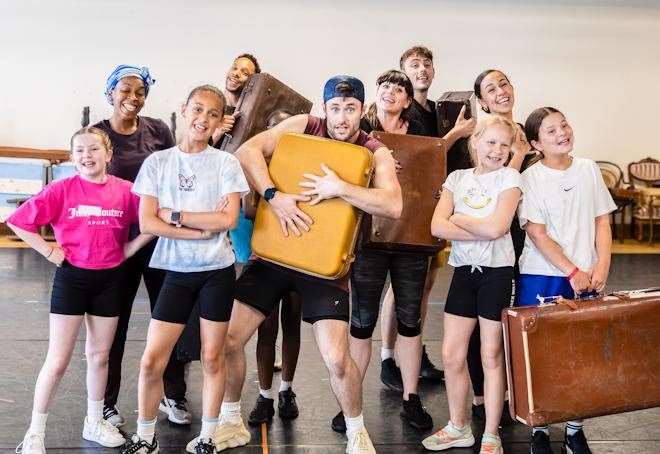 A new identical musical based on The Parent Trap, which will premiere at the Nottingham Playhouse

A classic tale of twins separated at birth and reunited years later is told in Identical at the Nottingham Playhouse from next week.

Same as it premiered at the Playhouse on Tuesday and will run until August 14.

Based on the book by Erich Kästner, this classic tale tells the story of twin girls separated at birth and reunited by chance at a summer camp ten years later.

To get to know their parents and reconcile the two halves of their family, they decide to swap places and live each other’s lives.

It has already been made into a hit movie, The Parent Trap.

This new show is directed by Trevor Nunn who is responsible for some of the biggest musicals in the world including Les Miserables, Starlight Express, Cats and Sunset Boulevard, and comes from the producer of Top Hat, The Play That Goes Wrong and comedy hit musical Six.

“I think anyone familiar with the theater could have a very rare and very special experience with Identical,” said Sir Trevor.

The show’s music and lyrics are by George Stiles and Anthony Drewe, the award-winning writers of the multi-award winning West End hit Honk! who also created new music for the Cameron Mackintosh/Disney production of Mary Poppins.

The girls are played by three sets of identical twins – Nicole and Kyla Fox, Emme and Eden Patrick, and Sienna and Savannah Robinson.

The other protagonists are Emily Tierney (Wicked, Ghost) as Lisalotte, James Darch (The Rocky Horror Show) as Johan, Gabrielle Lewis-Dodson (Pippin) as Miss Gerlach, Louise Gold (Fiddler on the Roof) as Roza/Miss Muthesuis and Michael Smith-Stewart (The Lion King) as Dr. Strobl.