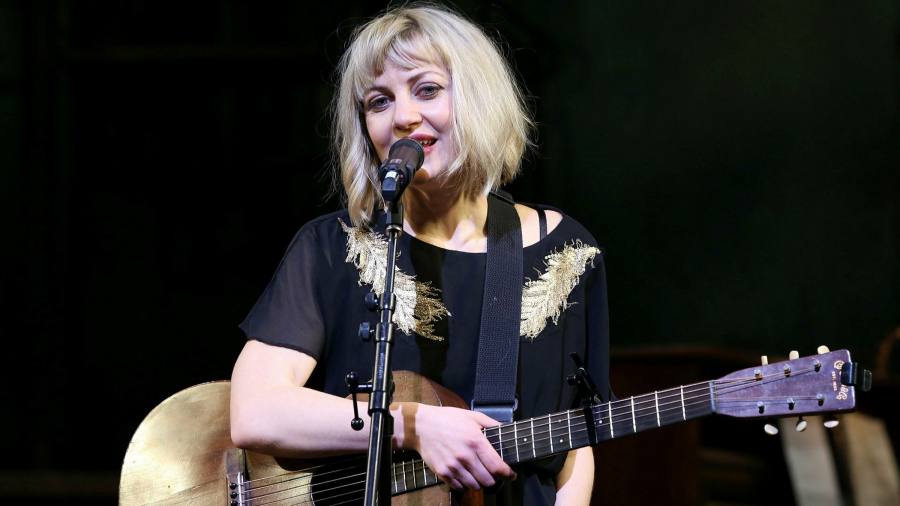 “I never thought I’d see the other side of Hadesvillesays Anaïs Mitchell of his popular operawhich reimagines the myth of Orpheus in Depression-era America and occupied most of the last 15 years of his life.

Hadesville began as a DIY theater production in 2006, when Mitchell, who wrote the music, book and lyrics, and a rotating roster of local musicians toured the show to small Vermont venues, traveling on a bus school given. It evolved from a concept album to a show, now a mix of New Orleans folk, jazz, gospel and cabaret, which moved to Broadway in 2019 and won the Tony Award for Best Musical. .

Even today, a large tattoo from the album cover – a stenciled Persephone holding a pomegranate flower as she is shrouded in darkness – lives on her arm. But now, as Mitchell, 40, prepares to release her first solo album of new material in a decade, the self-titled, she’s letting go Hadesville and tell their own stories.

I’m not 25 anymore. I don’t fall in love and I’m heartbroken

Throughout her life as a songwriter – this is her fifth solo album – Mitchell has sought out what she calls “the mythical stuff,” which reveals our connection to the universe. Previously, she accessed it by drawing heroic characters; now, in the new album, she sees it in herself.

“This disc is different in that it’s not larger than life – it’s life-size,” she said on a call from Vermont. “Heroes aren’t usually young, and what I find funny about this album is that I’m not 25 anymore. I don’t fall in love and don’t get my heart broken. It was a revelation to feel that I had something to say about my life.

Several of the songs — the hauntingly melancholy “Revenant,” the slow-jamming “Bright Star,” the woozy Americana of “Backroads” — are Mitchell’s homages to a younger version of herself, when she was full. of nostalgia, yet to make a mark on the world. “The Words” is a meta commentary on the writing process. “It’s hard when you think you could live your life but you’re banging your head against the wall trying to rhyme,” she says.

Vermont was a powerful source of inspiration for the album. In the spring of 2020, nine months pregnant as the pandemic took hold, she made the last-minute decision to leave New York and have the baby on the Addison County farm where she grew up. Like when she was a child, Mitchell spent most of her days hiking through the farm and to the reservoir where she used to hang out in high school. Standing in this spot, called the watershed, with her newborn baby strapped to her chest, Mitchell realized she had both a song title for the new album and a word to define her life to this. that time.

It had been years since Mitchell had been filled with such creative energy. “It’s not that I wasn’t creative while working on Hadesville, but there was something about the process of getting in there, being completely absorbed and open to where the songs wanted to go. . . that I had less anxiety about the results,” she says.

A few months after taping, she took a trip to New York just as the city and Broadway were returning from the pandemic shutdown. It was Hadesvilleis the first night back. “I spent the whole first act of the show thinking in my head, thinking I had to do another musical,” she says. “The musical itself – the choreography, the orchestration, all the elements put together – there’s nothing quite like it, as far as an art form goes.”

Corn Hadesville is not her more. “It has been a long, slow and humbling process to realize that I am no longer a necessary part of Hadesville“, says Mitchell. “I’m grateful to have had this experience, to have really pushed through with an idea, for as long as it took, and also [now] to be on the other side of that and to feel a sense of creative possibilities.