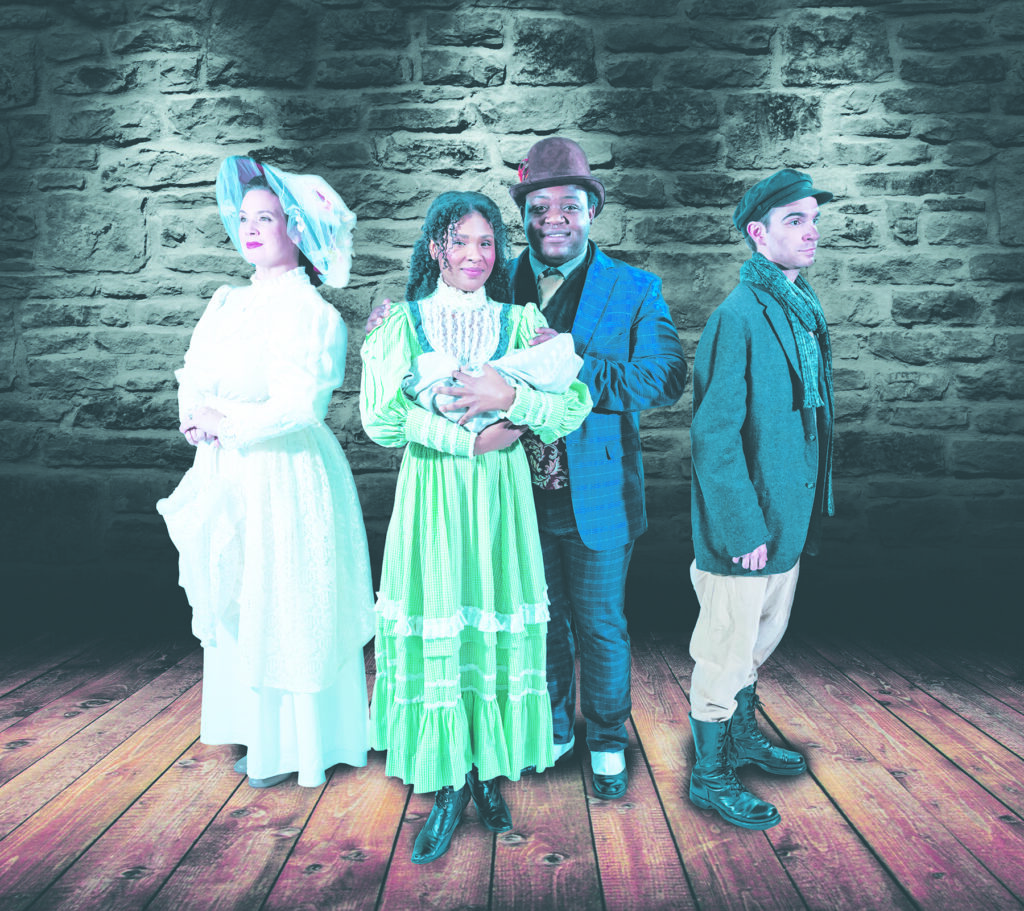 “It was the music of something that was beginning…”

As it still is today, America at the turn of the 20th century was a symphony of diverse and often dissonant melodies.

From Friday April 15 to Sunday May 8, travel back in time with the Athens Theater to 1902 and in the world of Ragtimewhile the historic DeLand Theater features this four-time Tony Award-winning musical phenomenon.

“In 1902 my father built a house atop the hill on Broadview Avenue in New Rochelle, New York, and it seemed for a few years after that that every family day would be warm and beautiful.”

But then the cultures collide with the influx of immigrants by the millions. The gap between rich and poor is widening as industrial and financial giants loom large. The march for equality and the realization of the American experience goes ever further.

In the aftermath of the Civil War, passions and spirits were inflamed by the inequalities reinforced by the failure of Reconstruction and the broken promise of the coveted American dream.

Ragtime tells a story that weaves in and out of the pages of a history book, focusing on contrasting cultures by spotlighting three families – each struggling to find their way in New York during this era of industrialization and rapid urbanization.

Each of these families grapples with the changing American cultural climate. Everyone understands and grasps their own version of the dream.

Ragtime, jazz, gospel and ballad songs (30 in all) trace the once unimaginable separation and fusion of three families: a daring young musician from Black Harlem, Coalhouse Walker Jr. (played by kadesh lewis) and the mother of his son, Sarah (Athena Jean-Etienne); a determined Jewish immigrant Tateh (Gavin Waid); and a stuffy, white, upper-class mother (Becca Southworth). They are all united by their courage, their compassion and their faith in the promise of the future.

They all have kids to think about: Coalhouse Walker III, Mother’s Little Boy (Harrison Biter/Parker-Williams) and Tateh’s unnamed granddaughter (Isobel Cloudman/Lila Southworth) … and Mother must find her own place as a woman in the new century, surpassing the two male members of her family, Father (david colter) and grandfather (Brian Allan Chambers), and outdated constraints on female expectations.

They all must grapple with the timeless contradictions in history of wealth and poverty, unity and prejudice, hope and despair…and what it means to be an American in difficult times. The themes and events still resonate 120 years later.

The soaring and stylized score of Ragtime was written by the award-winning team of composers and lyricists of Stephen Flaherty and Lynn Ahrens (seustic, Once on this island, Anastasia, Rocky) and Tony Award-winning playwright Terrence McNally (Master class, The full Monty, Catch Me If You Can, Anastasia). Ragtime is based on EL Doctorow’s National Book Critics Circle Award-winning novel of the same name.

The Athens Theater is pleased to invite hearing-impaired audiences to our special performance performed in ASL on Friday, April 29.

Located at 124 N. Florida Ave. in downtown DeLand, the Athens Theater has many precautions in place to ensure the safety of actors and audience.

Tickets for Ragtime cost $31 for preferred seats (rows AE, center); $26 for adults, general seating; $24 for seniors; $12 for students/children; and $22 per person for groups of eight or more. A processing fee of $3 per ticket will be added to each purchase.

To purchase tickets in advance or for more specific information on dates, times and security measures, visit the Athens Theater website at www.AthensDeLand.com.

If you’re looking to purchase socially distanced seats or tickets in the ASL Interpreter’s venue, call the box office at 386-736-1500 or email [email protected] to find the perfect spot.

Box office hours are 1 p.m. to 5 p.m. Wednesday through Saturday and one and a half hours before live performances. Voicemail messages are received daily.