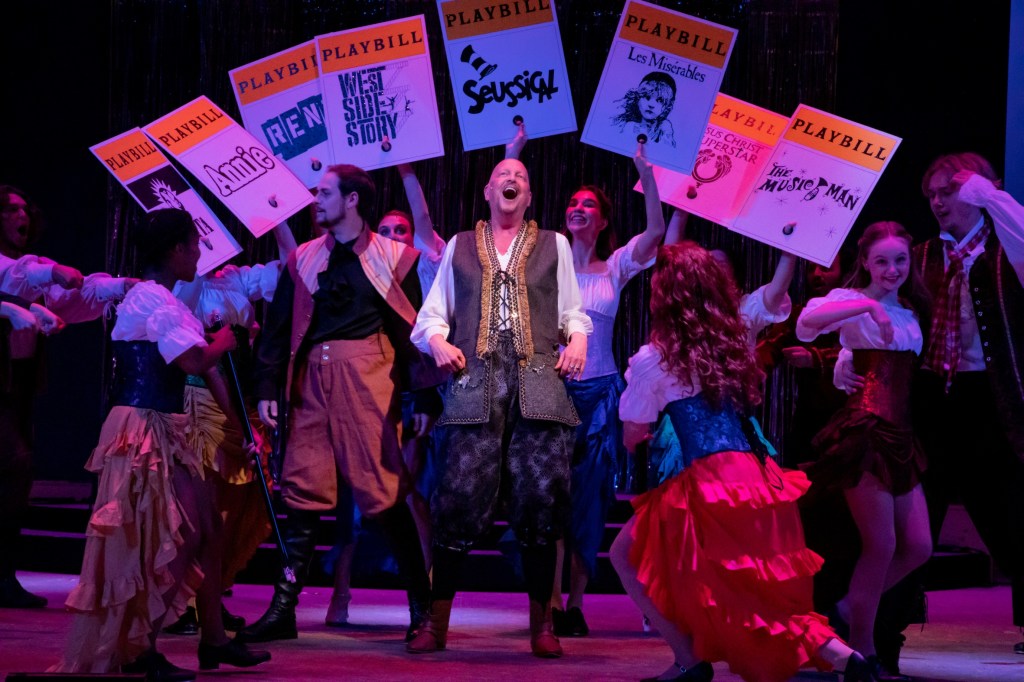 One reviewer called the 2015 musical “Something Rotten,” with book by John O’Farrell and Karey Kirkpatrick and music by Karey and Wayne Kirkpatrick, “the funniest, brightest, happiest musical ever.” of Broadway for at least 400 years”. And current production at the Beck Center for the Arts in Lakewood is indeed a riot of laughter.

The “laughs” are even more pronounced for newcomers to the series, because with every double-meaning, sexual innuendo, theatrical reference, and moment of ironic self-awareness, the element of surprise only amplifies the pure comedy. .

Without giving too much away, the show is set in the late 1500s, during the Renaissance era. Nick and Nigel Bottom are brothers and aspiring playwrights, but it’s hard to find success when this self-centered playwright, William Shakespeare, gets all the attention. Although Nigel has a large collection of original sonnets and poems in his book, things aren’t moving so fast for the Bottom brothers, and Nick’s financial needs force him to take matters into his own hands.

He secretly visits a diviner, Nostradamus, who tells Nick that the theater of the future is very different. In fact, there’s this thing called “a musical.” Nostradamus looks further into the future for Shakespeare’s most popular play and passes plot details to Nick, so he can write it first, as a musical! Sounds like a perfect plan, but…

Luckily for the Bottom brothers, “Something Rotten” is a musical, which means the heroes get their happy endings. Luckily for us, the journey to that ending is fraught with plenty of bumps in the road, which only means more comedic magic, hearty belly laughs, and the occasional wish that we were resourceful enough to have written this farce ourselves. .

But a fast-paced musical like this needs a cast that can not only pull off the comedy, but also bring those splashy musical numbers to life.

Never scared! This cast rises to the occasion with enjoyable performances from top to bottom.

Eric Fancher is remarkable as the frustrated Nick Bottom. He manages to find all the layers of his character. He has a keen sense of comedic timing but is also adept at finding the tender moments. Proving he’s a great song-and-dance man, Fancher makes it all easy.

Ian Stewart is a great sidekick as Nick’s brother, Nigel. He has a sweet sense of humor and delivers an honest and charming performance.

Scott Sumerak is clearly having fun as “The Bard,” William Shakespeare, and he’s just as fun to watch. His William drips with glam-rock flair and appropriately arrogant, a la Billy Idol.

Eileen Brady is a delightful comedic ingenue as Portia, Nigel’s Puritan love interest. Theresa Kloos gives a strong performance as Bea Bottom, offering a feminist perspective as Nick’s fiercely independent and supportive wife. Both have plenty of opportunities to show off their beautiful voices. Brian Altman gets the job done as the stern, moving, and sometimes silly Brother Jeremiah. John J. Polk is a riot as the cantankerous Lord Claphamas and Tim Tavcar is hilarious as Shylock. Tavcar certainly packs a punch with every liner.

It’s impossible to take your eyes off Matthew Wright. His performance as the Nostradomas diviner alone is worth the price of admission. He’s so fun to watch and he rocks the house with the song “A Musical”, featuring Eric Fancher and the rest of the company.

The set is a little uneven, but in general the players are strong and enthusiastic.

The creation is a dream team, with a director, Scott Spence, who clearly understands comedy, vulnerability and how to empower his cast; a musical director, Larry Goodpaster, who shines his actors and musicians; and a choreographer, Martín Céspedes, who makes the most difficult dance moves accessible to all cast members, and never fails to impress.

If you’re no stranger to “Something Rotten,” you’ll want to head to the Beck Center to see this particular rendition. And if you’ve never seen the show, get your tickets now, because we all need a good laugh these days, and this production is not only funny, but also wonderfully campy and full of frivolous fun!