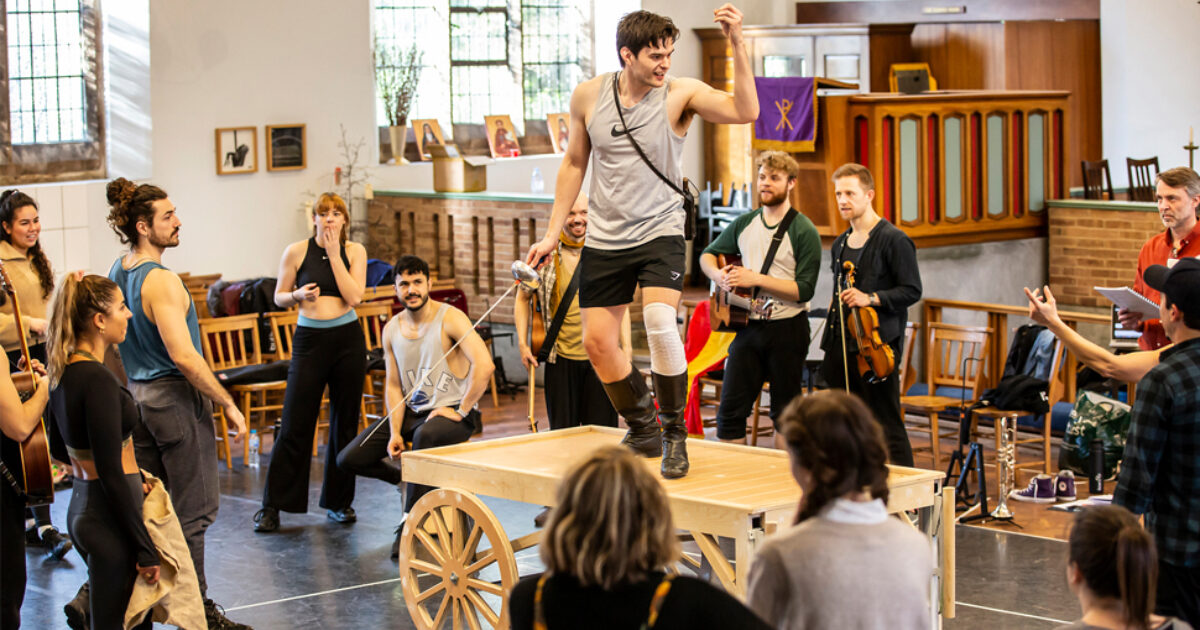 Previews begin at the Charing Cross Theater for the return of the newly revamped production.

Newly reinvented Zorro the musical begins previews on April 2 at the Charing Cross Theater in London with the return of Benjamin Purkiss as Diego and Zorro. Production begins April 12.

Set in 1805 California, the musical follows the return of masked folk hero Zorro from Spain to battle his country’s autocratic ruler. The immersive production features songs from Gipsy Kings, including “Bamboleo”, “Baila Me” and “Djobi Djoba”, as well as flamenco dancing and Cante jondo singing.

READ: Go inside rehearsals for immersive new UK production of Zorro the Musical

The production is presented by Katy Lipson for Aria Entertainment and John Gertz in association with Zorro USA, LLC with Bonnie Comley & Stewart F. Lane and Linda Bernardi. The previously announced return engagement follows a 2020 run at the Hope Mill Theater in Manchester which was cut short.

2022-04-02
Previous Post: ‘Once’ tells a musical story of Guy, Girl and platonic love
Next Post: For this healing artist from San Diego, musical meditation and jam sessions have been her salvation during the pandemic