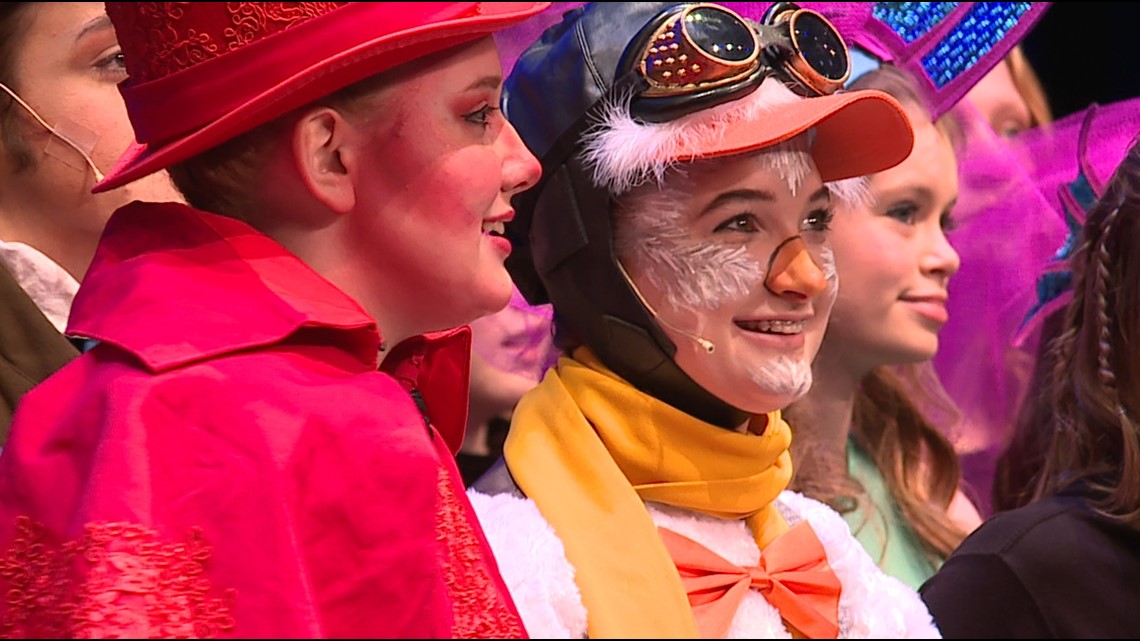 The musical “The Little Mermaid” debuts Thursday, April 7. Four shows are scheduled through Sunday for early productions without COVID-19 restrictions.

For months while practicing, the Bettendorf students also waited.

“I’ve been doing musicals my whole life,” said Grace Moore, who plays Ariel in this year’s ‘The Little Mermaid’ musical.

Moore has been waiting two years for a more normal performance.

“I came here freshman year and we started ‘Shrek’ but it got cut short,” Moore said.

In 2020, the Bettendorf theater program was rehearsing for the musical “Shrek” when the COVID-19 pandemic forced those rehearsals to end.

This meant that the school program had to absorb the costs associated with the cancellation of a production.

“We’re a stand-alone program, so we have to earn everything we spend,” said Katie Howard, the musical’s manager. “So at the time we really had to cut our losses, there was no income.”

The price of a musical like “The Little Mermaid” is around $25,000, Howard said. This cost is similar for other productions made by the school due to the cost of special effects, among other significant costs, Howard said.

Howard has been conducting musicals with Bettendorf High School for about 15 years. She said the theater program has received donations from community members and the Performing Arts Booster Club to help defray costs.

“That will pretty much fund this year’s program and we’ll do it again next year,” Howard said.

Some staples of the COVID-19 pandemic, like masks and social distancing, are now ideas of the past inside the theater as well.

“Last year we had to rehearse masked and we had limited audience capacity, so this is the first year we haven’t masked,” Howard said. “Anyone can come.

Because there is no need for social distancing. The theater program can sell its seats with tickets and allow more family members to watch the show each night.

This feeling of having more fans in the audience excites senior Alex Berkenbosch.

“Now my aunts and uncles are coming too and some of my cousins ​​are coming and it’s really exciting,” said Berkenbosch, who plays Eric in ‘The Little Mermaid.’

Howard said she hopes for a full house each night.

A full house would be something new for some of these students’ world.

There are also performances on Friday April 8 and Saturday April 9 at 7 p.m. as well as a Sunday matinee at 1 p.m.

You can find ticket information here.