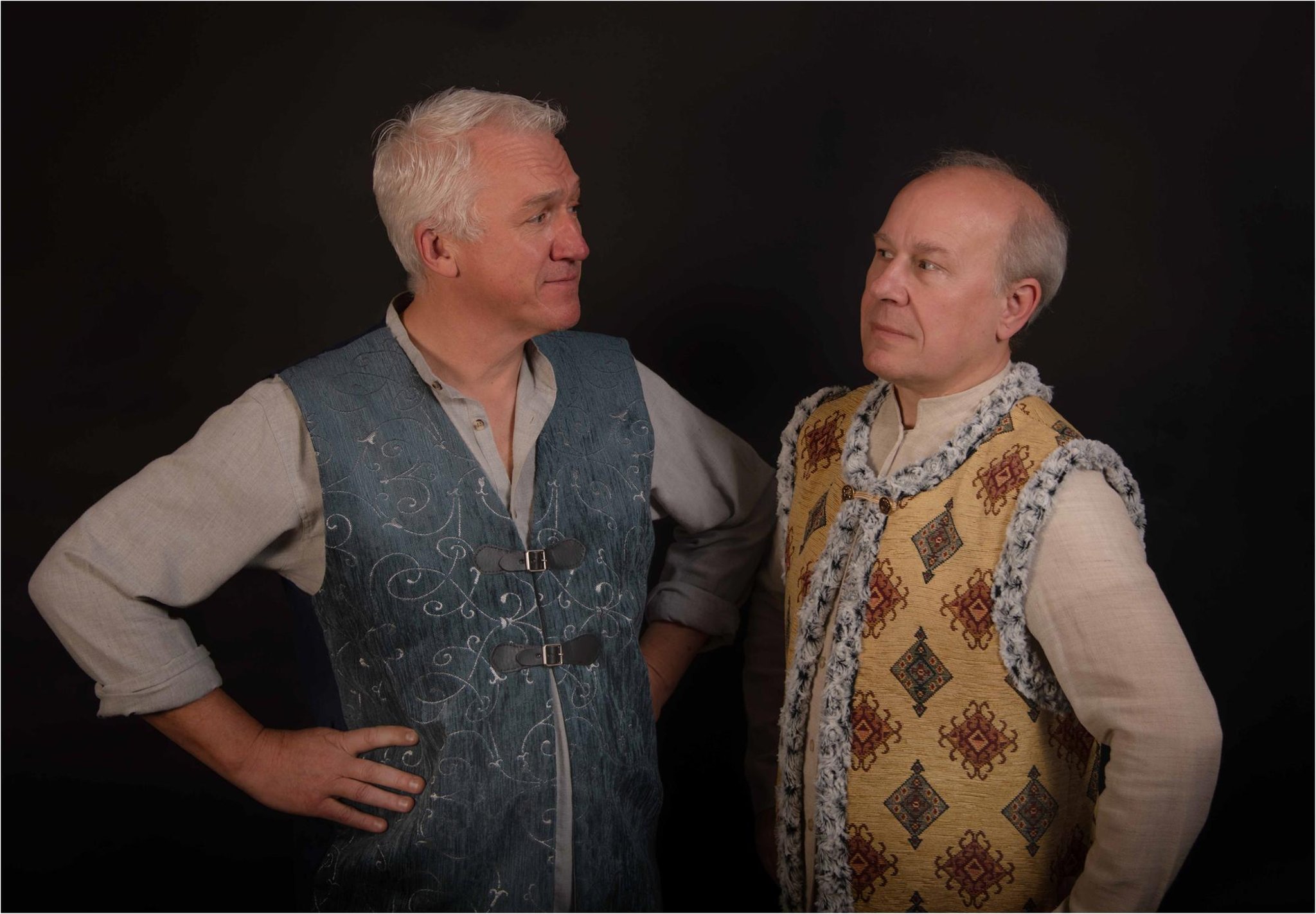 The musical was created by Ashgate Heritage Arts, a non-profit theater production company founded by Martin Coslett and Peter Gray, musicians and lyricists who live in Chesterfield and Mary Hennessy, an award-winning screenwriter from Buxton.

Martin Coslett, the producer and co-writer, said: “We are thrilled to finally be able to bring our ‘local’ musical to the stage in Chesterfield – a gripping story that celebrates Chesterfield’s history and its most iconic landmark. It It is also about a community recovering from a pandemic (the plague), the importance of friendship and the defense of truth and justice, which everyone can relate to. of course, there are plenty of catchy songs along the way!

Based on the novel, The Crooked Spire, by Chris Nickson, the musical is set in the mid-14th century and follows John, a carpenter, who has traveled from York to find work on the new spire which is being built in summit of St Marie and Toussaint Church.

Register to our daily newsletter

The newsletter mute the noise

Before long, the church’s master carpenter is murdered and John becomes the prime suspect. The only way for him to clear his name is to find out who the real killer is. As he gets closer to the truth, more murders are committed and John’s life is in grave danger.

The production will star Gerard Fletcher as Sir Henry, whose TV credits include roles in the BBC’s Happy Valley’; Netflix’s The Crown; BBC’s Get Even and upcoming BBC drama Sherwood, as well as the role of Hud in Loaded, with the Reform Theater Company and Sir Toby Belch in Twelfth Night, at the Merlin International Theater in Budapest.

Other cast members include John Conway as Sir Richard, who played The Wizard of Oz at Trinity Theatre, Tunbridge Wells and Starer in The World’s End.

Stephanie Putson, who played Billy’s Mum in the London production of Billy Elliot the Musical (2005 – 2016) will play Martha, who is John’s landlady. Hayley Mitchell, who recently starred in Northern Girls at the Pilot Theater and The Fiesta Fawns, Middlesbrough Little Theatre, will play Katherine.

Philip Meeks, one of the country’s most respected ladies of pantomime, has been cast as Robert the Monk, Sir Richard’s scribe. For most of the year, Phillip concentrates on his writing career, which includes several years of writing for Emmerdale. He has also written plays including Murder Margaret and Me, Harpy with Su Pollard and more recently Sleepy Hollow. Philip last appeared at the Pomegranate Theater in the lead role of Arnold on a national tour of Not Now Darling.

The show also features upcoming talent including Adam Stickler, who plays the lead role of John and has previously wowed audiences as Henry Jekyll in a series of Jekyll and Hyde at the Alexandra Theater in Bognor Regis.

Clara Coslett has been cast as Beth, the master carpenter’s wife, and will return fresh after playing the beggar in Sweeney Todd at Buxton Opera House from April 29 to May 1.

Eleven-year-old Eddie Waller from Brampton, Chesterfield was cast as Walter, who is John’s young friend. Eddie has performed various roles and performed as part of Inspirations Theater Company since 2017.

Although prep for the show coincides with Eddie’s sixth-grade SATS exams, he can’t wait to start rehearsing.

Eddie said: “Walter is a great character – he’s very brave and a bit cheeky, but he looks up to John, the new carpenter in town, and wants to win his approval. It’s a big role to play.

“I feel very lucky and excited to have had the role on the show. I can learn so much from all the professional actors and it’s going to be amazing to perform on stage at the Pomegranate Theatre.

Ashgate Heritage Arts has hired Jake Smith as the musical’s director. Jake’s credentials include resident director roles at the Almeida Theater and the Chichester Festival Theater and he has also worked on large scale productions including Sting’s The Last Ship, The Hounds of Baskerville for Northern Stage and touring The Legend of Sleepy Hollow.

Jake said: “After reading the script, I jumped at the chance to get involved as I love directing amazing stories that have a strong sense of place and pride in local heritage. I am also passionate about working with community theater and creating great productions outside of London.

“With set designer Lu Herbert, I will create a visually stunning show, which will transport the audience to medieval Chesterfield,” he added.

The show’s musical director, Harry Style, is a composer-arranger in theater and television, and singer with the Ashatones. His references include the composer of Liz and Forgive, Oh Father! at the Edinburgh Fringe and musical director of Godspell at the Bridewell Theatre.

Harry took the songs written by Martin and Peter of Ashgate Heritage Arts and created the orchestral score and choral arrangements for the cast.

Harry said: “The show’s music combines a mix of folk ballad, rock, plus some medieval music references. It is an absolute pleasure to work with such talented performers to create something truly worthy of the West End scene for Chesterfield.

Funding from Arts Council England and Derbyshire County Council enabled Ashgate Heritage Arts to stage the full production. A version of the show premiered at Buxton Fringe in 2020 and some of the songs from the show delighted an audience at St Mary and All Saints Church. (the real “crooked arrow”) in October 2021.

Novelist Chris Nickson said, “I’m flattered that Ashgate Heritage Arts is bringing my story to life. There are a number of theories about how the arrow became twisted and my story explores one of those theories. First and foremost, it’s a murder mystery, but the importance of friendship (and a bit of romance!) underpins it all.”

The cast and production crew will participate in a series of workshops with young people during the rehearsal period in May, facilitated by Junction Arts, to provide insight into musical theatre.

The matinee performance on May 21 will include a Q&A with Martin Coslett, Mary Hennessy and Chris Nickson.

There will be a performance by BSL on the evening of May 19.