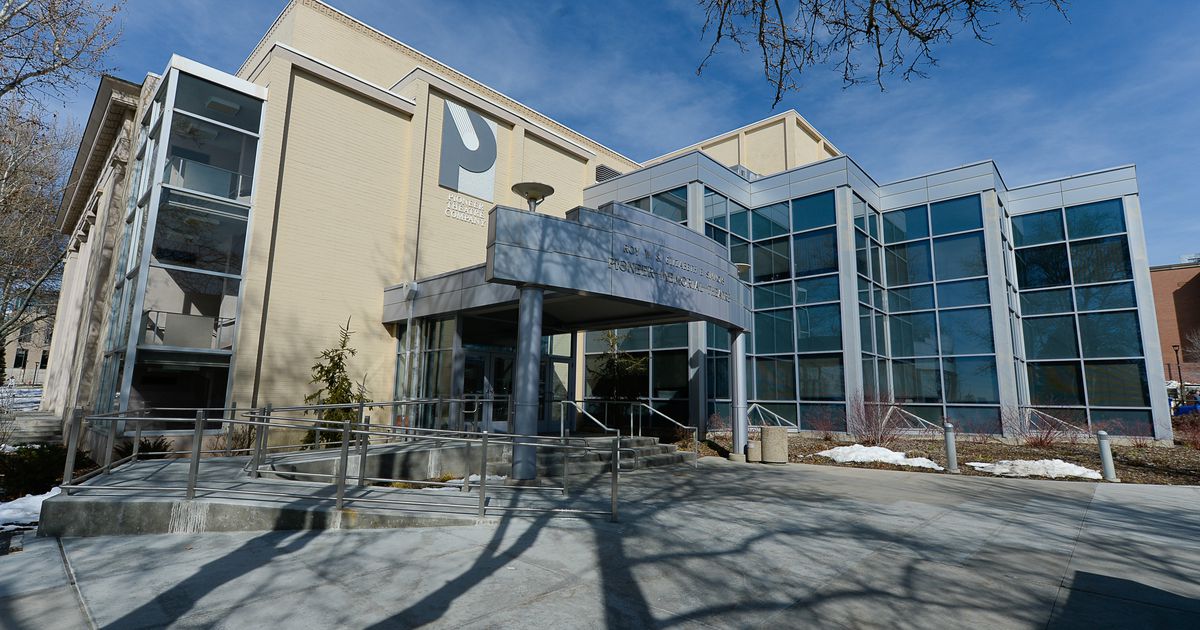 “Shucked!”, in development for Broadway, will make its world premiere as part of Pioneer’s 2022-2023 season.

(Francisco Kjolseth | The Salt Lake Tribune) Pioneer Theater Company on the University of Utah campus. The company has announced its 2022-2023 season.

A wide range of theater, from a 17th-century classic to a still-in-development musical, is represented in productions scheduled for Utah’s Pioneer Theater Company during its 2022-23 season.

The big novelty on the program, announced on Thursday, is the world premiere of “Disgusted! » a musical in development to go to Broadway. It is scheduled to take place at the Pioneer Memorial Theater, 300 S. 1400 East, on the University of Utah campus from October 28 through November 12.

PTC revealed some details about “Shucked!” in its output. In 2020, the New York Post reported that its creators based the show on the long-running TV series “Hee Haw,” which combined corny comedy and country music. Since that 2020 interview, however, “the show has evolved in such a way that it has nothing to do with ‘Hee Haw,'” said Karen Azenberg, artistic director of PTC.

In a press release, Azenberg described the production as a “hilarious musical fable about an unlikely hero, a ruthless con man, and an unforgettable battle for the heart and soil of a small town”.

The score is by Grammy-nominated country singer-songwriters Shane McAnally and Brandy Clark, with a book by Tony-winning musical “Tootsie” Robert Horn. Directing the show is Jack O’Brien, who has three Tonys on his shelf – including directing the original Broadway production of “Hairspray”.

Three more musicals are on PTC’s slate next season: “A Christmas Story: The Musical” based on the beloved holiday movie, Dec. 9-24; “Put together,” a musical review of songs by Stephen Sondheim, from March 3 to 18, 2023; and the theatrical premiere in Utah of “Prom,” about a group of theater professionals who invade an Indiana town when they hear that a girl won’t be allowed to attend her school’s prom with her girlfriend, will close the season, from 12 to May 27, 2023.

The season opens, from September 16 to October 1, with “Scapino” an adaptation of Molière’s 17th century comedy, written by Stephen Wrentmore. Set in 1960s Naples – in the era of “La Dolce Vita” – the story follows the fast-talking servant Scapin who helps the finicky mothers of Octave and Léander to make sure their sons are well married.

Another world premiere, from the play by Kareem Fahmy “A Distinct Society” will be performed from January 27 to February 11, 2023. The play takes place in a quiet library that straddles the Canada-US border and becomes an unlikely meeting place for estranged families. The play was a 2020 National New Plays Showcase finalist and winner of the Next Act! New Summit Play.

A third piece, whose title has not yet been announcedwill run April 7-22, 2023 – as the inaugural production in the new Meldrum Theater at the Einar Nielsen Fieldhouse on the University of Utah campus.

The theater is expected to be completed in early 2023, in the renovated field that once housed the Utes basketball team (before the Huntsman Center opened in 1969).

“We have long needed a more intimate performance space for contemporary and new works,” said Diane Parisi, Acting Chief Executive Officer of PTC. Parisi credited the support of Peter Meldrum, the founder of Myriad Genetics who died in December 2018, and his wife, Cathie, for backing the new space.

Several box office subscription packages are available for this season. You can also call 801-581-6961.

2022-06-11
Previous Post: The controversial Shannon Matthews The Musical ready to take the stage
Next Post: Phono Preamps Market Size and Forecast to 2029