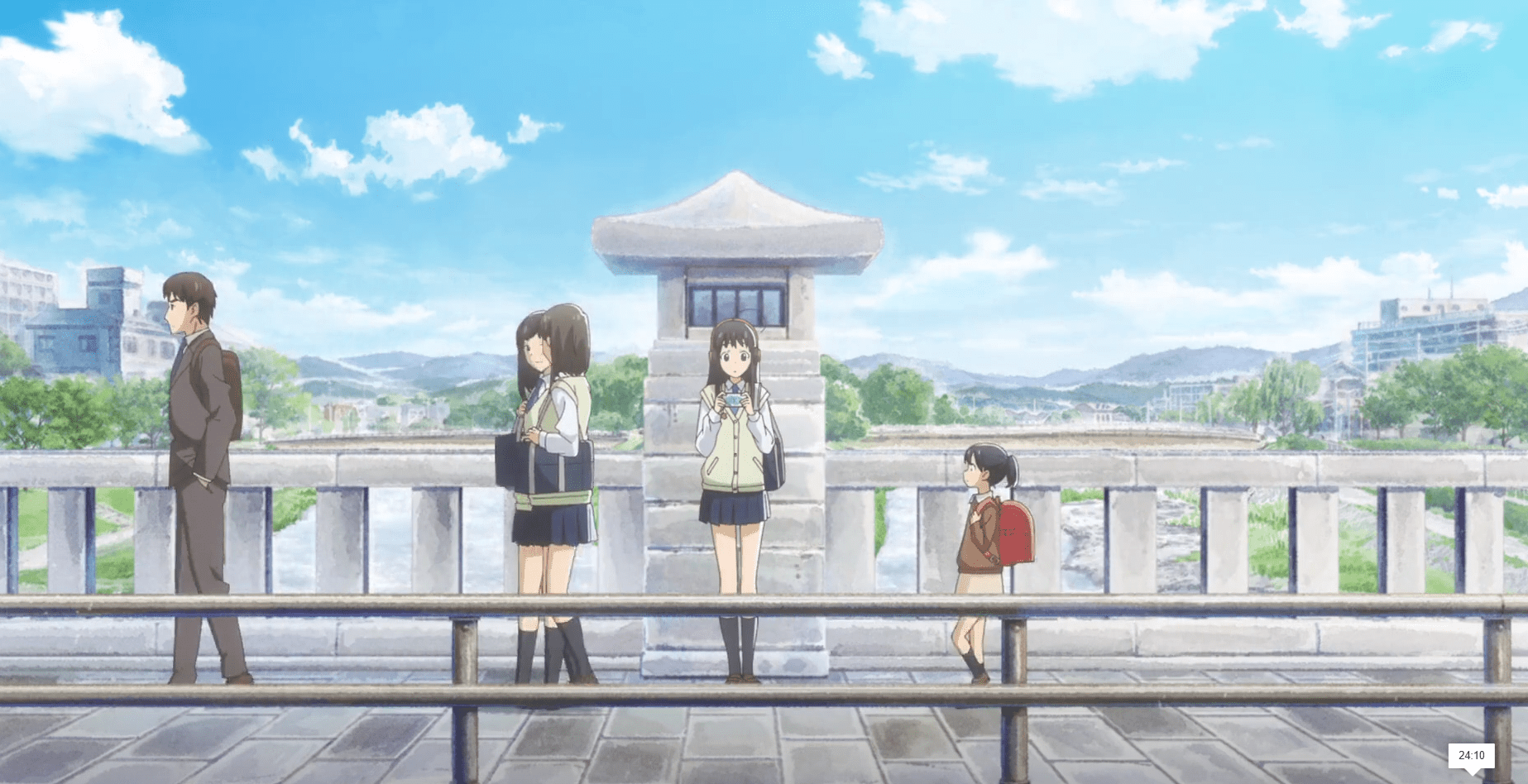 Sweets are always appreciated. Especially those that are a treat not only for your mouth but also for your eyes! All the confectionery employees love it too. Deaimon Episode 2 brings the sweetest treats possible for you this season. Let’s find out in this review!

Demon is a slice of life, food and drama anime focusing on a Japanese confectionery. It is based on a manga written by Rin Asano.

The anime adaptation is being developed by Studio Encourage movies, an outfit that produced many other anime such as Etotama, Hitorijime My Hero, and Isekai Cheat Magician. The show is produced with Fumitoshi Oizaki (A Centaur’s Life, Etotama) serving as director, Reiko Yoshida (Blue Period, A Silent Voice) supervising the scripts, and Sakae Shibuya (Girl Friend Note, Fullmetal Alchemist: Brotherhood) designing the characters and supervising the animation.

Similar to the previous episode, the opening songs and characters bring us a sweet world where the sense of accomplishment is unmatched. With just the name of the episode, “Echoing Through the Hydrangea,” our hearts begin to attune to the feel-good atmosphere this anime is trying to bring to us. The representation of wagashi leaves is very artistic, precise and worthy of an anime released in the spring. Let’s talk a little more about it in this Deaimon Episode 2 Review!

Read more- The Greatest Demon Lord Is Reborn as a Typical Nobody Episode 2 Review: The Demon is Too Powerful!

After the good start we had in the last episode, Demon proceeds to introduce one of Kyoto’s local wagashi store workers named Mitsuru. We already got a glimpse of her last week, but in this episode, we go with her on an in-depth journey into her daily life. Like most characters in this series, she is very sensitive, hardworking, takes care of her younger siblings, and works at the wagashi shop. She also mentors Itsuka after work and seems to enjoy playing guitar in her spare time. However, she is not open about her musical hobby and hides it from everyone.

Choosing music as a hobby for Mitsuru is a great plot choice. Nagomu left home all those years ago to pursue his musical dream as well. This will give the two characters a chance to bond more in the future, and Mitsuru might even consider Nagomu as a mentor. Likewise, Mitsuru being the eldest of 5 siblings again gives her character a deep touch of maturity and responsibility, which helps us understand why she works part-time in the wagashi shop. This also explains the easy, big-sister relationship she has with Itsuka. She also gently acts as a bridge between Nagomu and Itsuka, allowing them to strengthen their relationship.

This episode dealt with an important theme: responsibility. In many (especially Asian) households, pursuing art as a dream and career goal is not an option. Apart from the financial problems and the general lack of opportunities, the culture is also not very favorable. Children are often asked to choose something more practical because art often does not make money. I’m glad that Mitsuru’s family is supporting her and her dreams enough and encouraging her to pursue her form of happiness.

Another important topic was covered in Deaimon Episode 2– doxing. The modern world has provided us with platforms and outlets for almost any skill we can have, but danger also comes with it. Such situations are undesirable and can often lead to bigger problems, but luckily some characters’ presence of mind saved Mitsuru. It reminds us that you can never be too careful!

Demon has a multi-generational cast, and the perspectives and life stories of each of them are very inspiring and well conveyed. Lots of overall positivity and support from each character for each other, even though they themselves know how very difficult the path can be. Music being a big part of two characters’ lives (so far), has provided us with some soothing tunes, and we can’t expect more. The animation is perfect for the style of the story and blends beautifully with the regional accents of the characters.

As peachy as I wanted Deaimon Episode 2 be, he also had some problems. We had just established the link with our main protagonists and suddenly had an episode dealing with a secondary character. Although the ride was smooth, the previous episode feels rather muted. Nagomu’s “crying while selling candy” action looks rather whimsical and cartoonish. Demon already has little moments sprinkled throughout the show to provide comic relief, and it feels unnecessary.

Deaimon Episode 2 hummed a beautiful melody of actors trying to find happiness in their own way. They may encounter problems while doing so, but it only strengthens the bond between them.