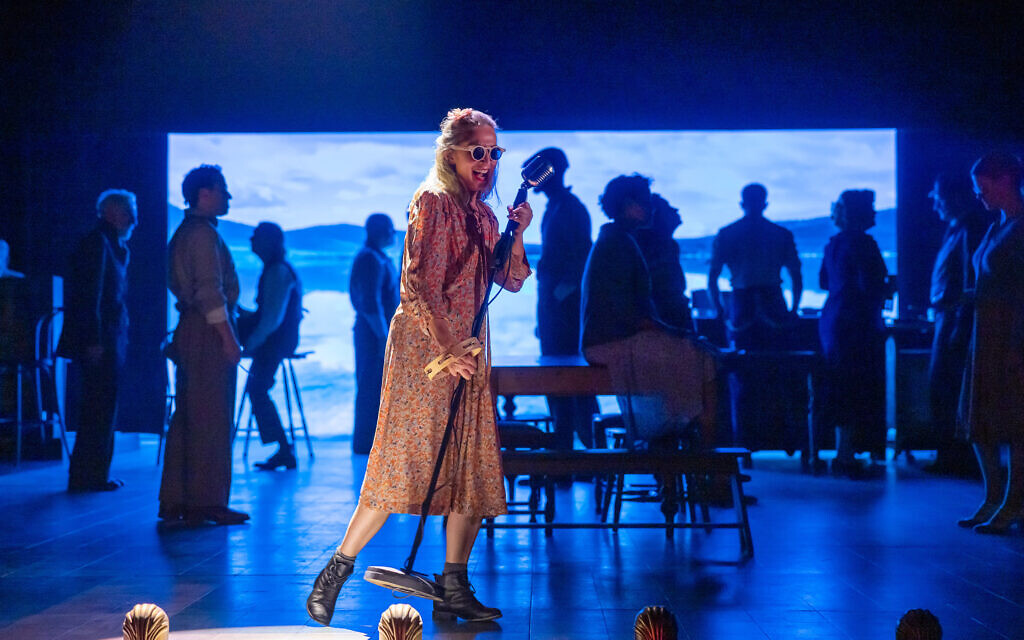 WHEN legendary singer-songwriter Bob Dylan was approached by Irish playwright Conor McPherson about using his hit songs in a new musical, Dylan was quick to offer his full catalog of 40 albums to choose from, so he was impressed with the expected spectacle.

It was in 2013 and in 2017 the resulting production, North Country Girlopened in London and New York with 22 songs by Dylan ranging from folk and ballad to gospel and rock, which blend seamlessly between storyline scenes set in Duluth, a town in the US state of Minnesota where Dylan was born in 1941 – a decade later than when North Country Girl takes place during the Great Depression.

Popular audience numbers included Like a rolling stone, all the way to the watchtower, forever young, I want you, slow train and Hurricane.

All the action takes place in a ramshackle boarding house run by Nick Laine (Peter Kowitz) who is desperately trying to keep the business afloat in these tough economic times, which increasingly strains his aging body.

Lisa McCune plays his wife Elizabeth, who suffers from dementia and has a tendency to make outbursts, many of which are witty and sometimes irreverent. And as the star of the show, McCune sings hits like Like a Rolling Stone.

With the parade of people passing through the boarding house, the mood darkens as they reveal flawed characters and harrowing stories. This accelerates in the second act.

Dallimore, who won the Helpmann Award for Best Supporting Actress in Revenge of a Blondeshows off her talent for drumming as she teams up with the four-member band on stage.

North Country Girl had its Melbourne premiere at the Comedy Theater on May 4. When I saw the musical on May 5, several cast members had been stricken with illness, but you wouldn’t have known stunt doubles were happening, such was the high standard of the show.

The producers canceled seven performances from May 6 to 11 due to ongoing illness among cast members, with those shows being postponed until June.

After the Melbourne season, North Country Girl toured New Zealand at the end of June before returning to Australia for seasons in Canberra and Brisbane.