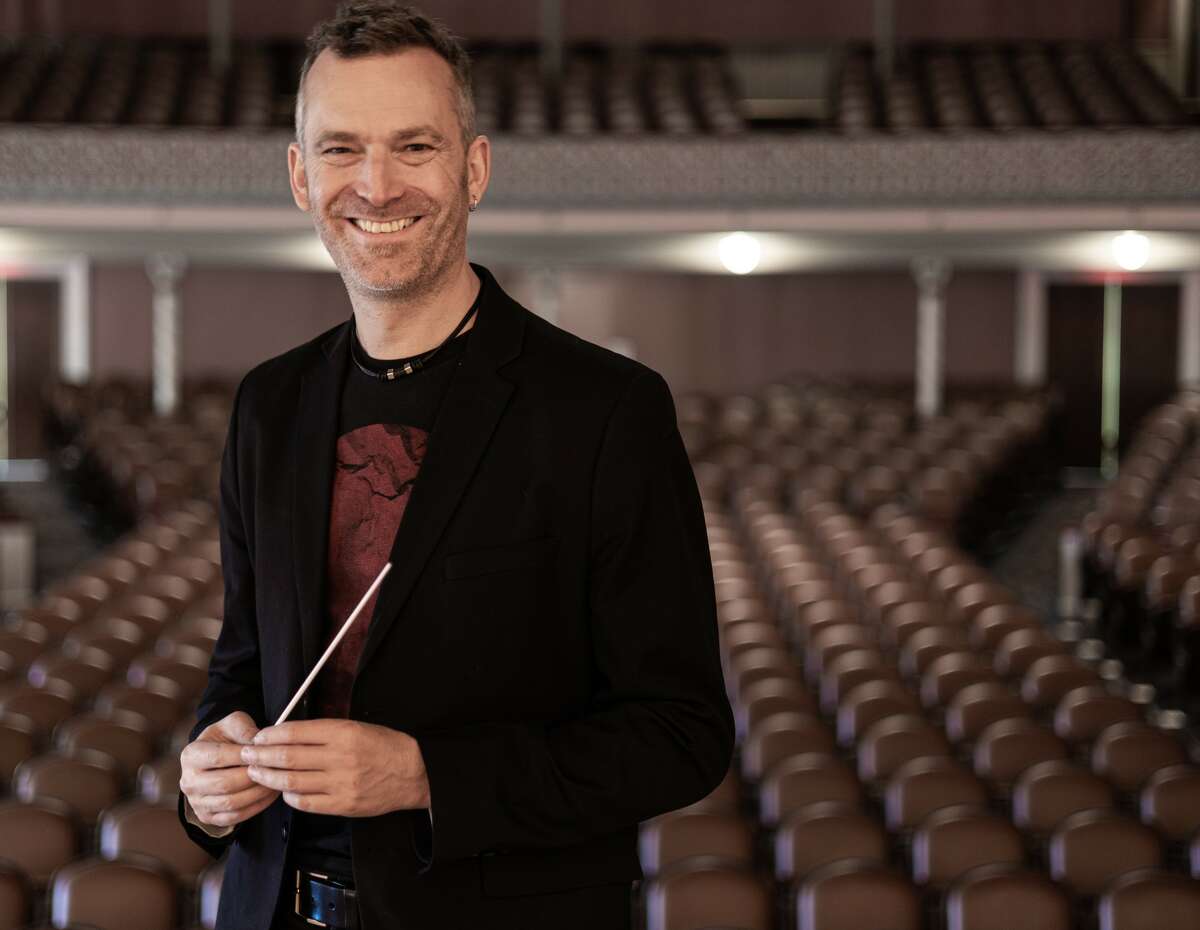 SCHENECTADY – Empire State Youth Orchestra (ESYO)recognized regionally and nationally as a creative and dynamic force in artistic and ensemble music education, announced today that its Board of Directors has appointed Swiss conductor, violinist and creative entrepreneur Etienne Abelin to be their new musical director starting March 7th. Hailed as a “post-classical pioneer” by BBC Music Magazine and an “icon of the new ways of classical music” by Musica Viva Magazine Brazil, Abelin brings a spirit of innovation and fresh perspectives to an established regional leader in arts and education.

ESYO Acting Board Chair and Public School Music Teacher Omar Williams said: “Etienne has stood out from a worldwide pool of conductors as an extraordinary musician, an inspiring pedagogue and a visionary in the field. He is creative, dynamic and thoughtful. His holistic approach to music creation creates a culture of belonging and inclusion that is central to ESYO’s mission. ESYO is delighted to have Etienne on the podium at the head of our organization at the service of our student-musicians.

Etienne Abelin, who moved to the capital region from Basel, Switzerland, has a busy career. He studied violin at the Musik-Akademie Basel, Oberlin College, and Indiana University, earned an Executive MBA from the University of St. Gallen, Switzerland, and later studied conducting. orchestra at the Eastman School of Music and the University of Delaware.

Etienne has earned the exceptional privilege of being an 18-year-old musical collaborator with legendary classical music conductor Claudio Abaddo. Chosen by Mr. Abaddo to be a founding member of the prestigious Lucerne Festival Orchestra and second solo violin of the Bologna Mozart Orchestra, Etienne’s artistic talent is recognized internationally.

As a conductor, he has performed with orchestras all over Europe, including the Beethoven Orchester Bonn, the Musikkollegium Winterthur, the Ensemble Orchestral de Paris and the Orquestra Sinfónica Portuguesa in venues such as the Royal Festival Hall London, the Teatro alla Scala Milano and the Odeon of Herodes Atticus in Athens. His enthusiasm for new and transgender music has led him to conduct world premieres by Gabriel Prokofiev and William Brittelle as well as Swiss premieres of works by Nico Muhly, Sarah Kirkland Snider, Fabrizio Cassol, and more. Etienne made headlines in Europe and the United States for co-founding the Ynight-Classical Music in Clubs series and the Apples & Olives Indie Classical Festival. Recently, he had the distinction of being featured as one of five visionary conductors in the documentary series Drive the future alongside Marin Alsop, former ESYO music director Paavo Järvi, Lars Vogt and Miguel Perez Iñesta.

Etienne, who is just as passionate about education and technology as he is about music, is thrilled to be part of the creative landscape in New York’s ‘Tech Valley’ region: “There are many fascinating developments in the music and music education today, and I’m particularly looking to integrate with other music genres and art forms, especially through technology.I’m excited to help position ESYO as a incubator for new collaborations and new ways to connect our young musicians to local communities,” said Abelin.

More recently, Etienne co-created Music:Eyes — See what you Hear, a music tech start-up that harnesses the power of musical animation to support education in the classroom and in the concert hall. Since its inception, Music:Eyes has grown into a non-profit association with international partnerships with organizations such as the Berlin Philharmonic Orchestra, European Union Youth Orchestra, Boston Philharmonic Youth Orchestra , Columbia University and the Deutsche Kammerphilharmonie Bremen. Etienne shared the Music:Eyes concept on the TEDx stages in Amsterdam, Netherlands and Zurich, Switzerland. A founding member of Sistema Europe, Abelin is currently a board member of Sistema Europe and in 2013 co-founded the Sistema Europe Youth Orchestra (SEYO) and helped develop the ‘7 Dimensions of Musical Excellence’ framework. who guides the SEYO. program today.

Rebecca Calos, Executive Director of ESYO, is thrilled to partner with Abelin to realize the vision outlined in the organization’s strategic plan. “Etienne possesses this rare combination of brilliant vision and compassionate empathy. Our students were captivated from his first moment of rehearsal and since then they have been abuzz with his creative energy and passion. partner with Etienne as we build a strategic roadmap out of the pandemic and into a bright future for our young people and for our music community,” said Calos.

Etienne’s vision for ESYO focuses on empowering young musicians using an approach he calls “Music NOW”: “Music is full of powerful stories, full of deep emotions. As well as helping to celebrate diverse heritages and their histories, music can build bridges and belonging in our painfully polarized world – especially since it can do so without words. But to bring music to life and move the people around us, it’s essential for us to learn to move, to breathe together, to listen, and to tell compelling stories when we play music together,” said Abelin. .

“I see ESYO as a laboratory for this kind of musicality and being, where we will work with dancers, actors and artists of all kinds in order to become fully present and expressive, to shape the moment, to enter into states of flow and living in a spirit of improvisation even when playing composed music. I believe in using legacy to create something new, sometimes raw, sometimes tender. In doing so, we become ” musicians NOW” and healers in a fractured world. I am thrilled to embark on this journey with the fabulous young musicians of ESYO and the wonderful ESYO team and board that I currently have the pleasure of knowing and with whom to begin this in-depth work, he continued.