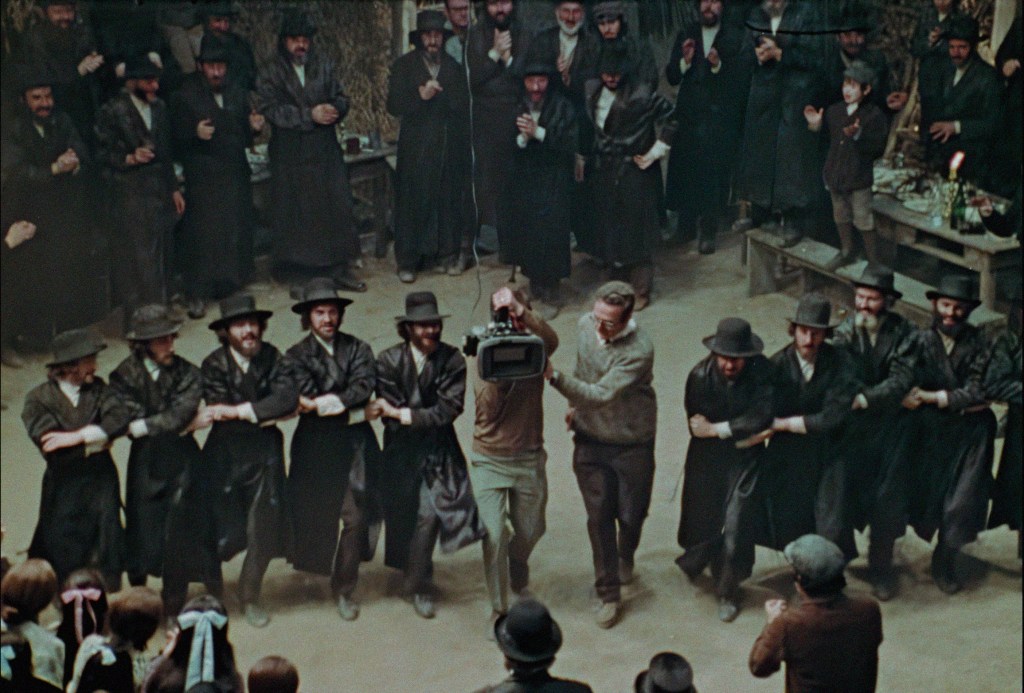 “A Violinist’s Journey to the Big Screen”

Unlike “Fiddler: A Miracle of Miracles,” the beautiful 2019 documentary exploring the origin of the Broadway musical “Fiddler on the Roof,” “Fiddler’s Journey to the Big Screen” is the story of how the he work of art that Pauline Kael hailed as “the most powerful musical ever made” has gone from stage to screen. Co-written by Daniel Haim (“Finding Ozu”) and film critic Michael Sragow, directed by Haim and narrated by Jeff Goldblum, the film begins with context provided by veteran Los Angeles Times film critic Kenneth Turan. “Fiddler on the Roof” is based on stories by Yiddish author Sholem Aleichem. The 1964 musical, which was not to appeal to audiences far beyond New York’s Jewish population, was a surprise hit.

Some time later, Arthur B. Krim, the director of United Artists, approached Toronto director Norman Jewison (“In the Heat of the Night,” “The Russians Are Coming, The Russians Are Coming”) to direct the film version of the piece from 1971. Jewison’s first reaction was, “I’m a goy.” Luckily, he got the job anyway. Jewison’s most controversial decision was not to cast critically acclaimed and Tony Award-winning actor Zero Mostel, who helped develop the character of Tevye the Dairyman for the stage, in the film version. . Danny Kaye and (oy) Frank Sinatra have let it be known that they are interested in taking on the role in the film. Instead, Jewison bet on a little-known Israeli actor named Topol (“Galileo,” “Flash Gordon”), who also appears in Haim’s documentary.

“Fiddler’s Journey to the Big Screen” is a resonant deep dive. Boston Pops-winning bandleader and legendary film composer John Williams (“Star Wars”), who served as bandleader and arranger on the film, talks about the art of timing musical beats to film the action. Williams made the score bigger and more orchestral, winning her first of five Academy Awards for her work. 98-year-old “Fiddler” lyricist Sheldon Harnick offers further insight into the sublime score. The great Isaac Stern was persuaded to play the “violinist’s cadenza” composed by Williams and used to open the film. Production designer and Hitchcock veteran Robert F. Boyle talks about recreating the look of the turn-of-the-century stetl named Anatevka. The film was shot by the great Oswald Morris (“Oliver!”). A suitable location has been found in the former Yugoslavia outside of Zagreb. As none had survived the war, a wooden synagogue had to be built on the spot. Soundstages at Pinewood Studios in England were also used. Visual clues have been found in the work of French-Russian artist Marc Chagall and Russian-American photographer Roman Vishniac. Rosalind Harris, Michelle Marsh and Neva Small, who played three of Tevye’s daughters, deliver moving and funny memories of their work and the impact the film had on their lives.

“A Violinist’s Journey to the Big Screen” never loses sight of the fact that the story of “Fiddler on the Roof” was forged in a melting pot of pain, loss and genocide, a prelude to the Holocaust. An animated Jewison, 95, describes what it was like to watch his film while seated next to Israeli Prime Minister Golda Meir. Just months after the film’s 50th anniversary, “A Violinist’s Journey to the Big Screen” arrives, and it’s a wonderful birthday present for the film and its many fans.