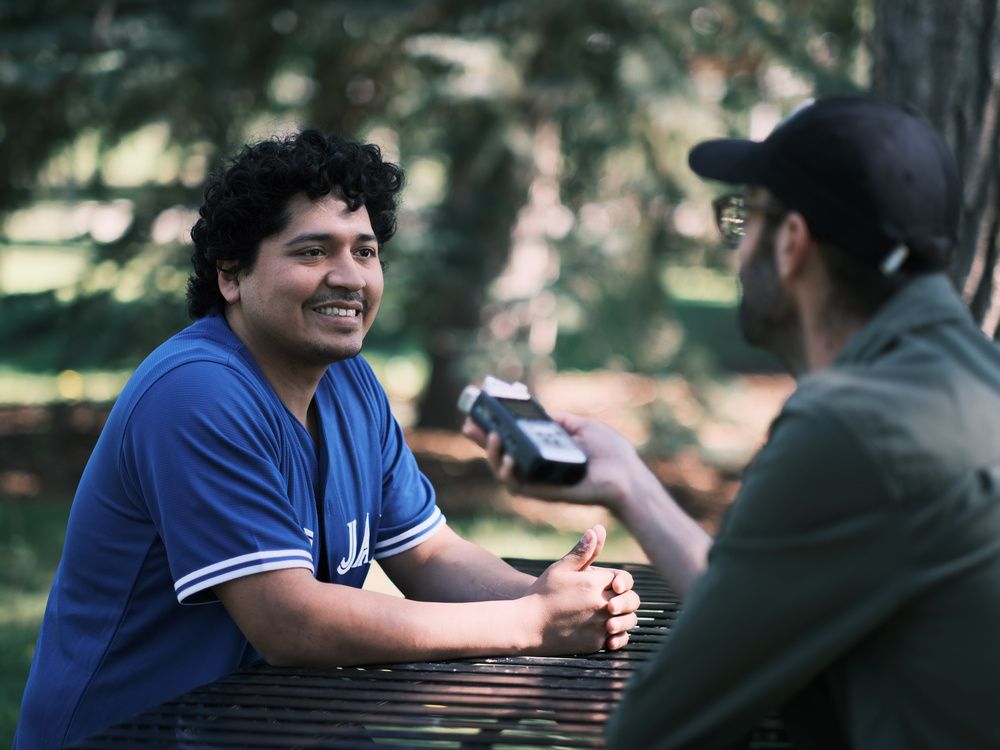 A live-action documentary and a secret musical are two unique theatrical offerings for July.

Parts & Labor is the culmination of more than 55 interviews Cseke conducted with foreign workers who came to Alberta to work in the meat packing industry.

“Truth is definitely stranger than fiction, as the lives of the people I interviewed clearly illustrate. Their stories of untold victories and tragedies are more compelling and poignant than anything I could have come up with as a writer,” says Cseke.

He only mentions three of the subjects of his documentary, directed by Mieko Ouchi and starring Mike Tan, Meg Farhall, Rico Pisco and Isabella Pedersen.

“There’s the butcher in Mexico who checked the label on the beef he was selling and had to google where Brooks, Alberta is and then came to work there. There’s also the Filipino philosophy student who now works the kill floor at Brooks and a devoted family man who kept showing up for his shifts during the pandemic only to tragically bring the virus home.

Each of the four actors will play six or more people that Cseke has interviewed, and each of them will also play Cseke as an interviewer. He himself will take the spotlight each night to interview a different person who will share the detailed experiences through the characters portrayed earlier in the series. These are live, unscripted interviews.

Cseke recorded all of his original interviews and the four actors listened to them in order to be as accurate as possible with the dialects and characteristics of these people.

Alixandra Cowman and Kodie Rollan wrote songs and music for the production with lighting by Ajay Badoni and sound by Camille Craig which will be staged at the West Village Theater at 2007 10th Ave. SW

After its Calgary run, Parts & Labor will travel to Brooks for performances on July 15 and 16.

Audience members are buying tickets for the July 11 event not knowing which concert version of a musical they will see. It’s not until the orchestra plays the opening bars of the overture that people learn what they’re going to hear for the next two hours.

In the past, audiences have been treated to concert versions of Titanic – The Musical, Assassins, The Secret Garden, In the Heights and Company.

Because the evening of July 11 ended in record time, a second performance has been added for July 12 and there are still a few tickets available. Both performances take place at the Beddington Arts Center at 375 Bermuda Drive NW at 7:30 p.m.

Because this is a fundraiser, tickets are $55 each and all proceeds go to help students who couldn’t otherwise fund their education in StoryBook courses.