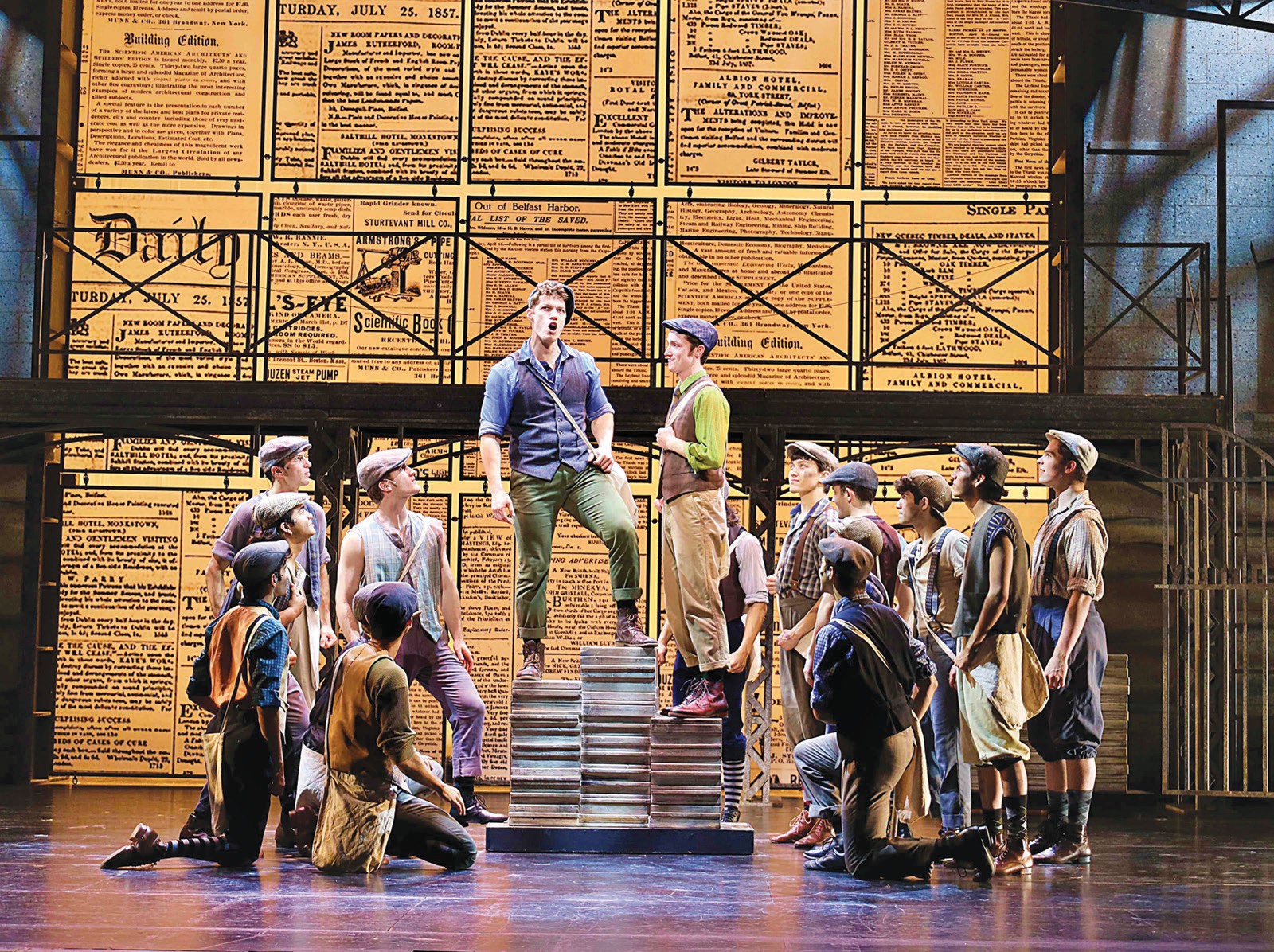 SEIZE THE DAY—Wes Williams and Frankie Zabilka (center) with the 5-Star Theatrical Production Company of ‘Disney’s Newsies,’ performing at the Bank of America Performing Arts Center in Thousand Oaks. Courtesy of Jeff Ditto

The concept of street urchins waving the crowd dancing in a storm is not new to Broadway. It worked in “Oliver!” “Annie” and “Matilda,” so when Disney Theatrical Productions decided to release a musical based on its 1992 live-action film “Newsies,” the anticipation was high. When the show opened in New York in 2012, its outstanding score and vibrant dancing helped overcome a flawed book and cardboard cutout characters.

5-Star Theatricals is hosting the musical at the Kavli Theater in Thousand Oaks. The story is based on a real 1899 strike against Joseph Pulitzer’s New York World, whose afternoon papers were sold in the streets by an army of boys, mostly children of poor immigrants. , who paid the world 50 cents per cent “popes” and then resold them for a meager profit. The strike all but paralyzed the New York newspaper industry, with reporters forcing a compromise that is seen as a triumph of David versus Goliath representing the birth of the labor movement in America.

Harvey Fierstein’s cliché-ridden book, however, leaves a lot to be desired. In one scene, corporate villain Pulitzer references the government of the day. Theodore Roosevelt as a “commie”, a term not in common use until the 1930s. There are other anachronisms in the dialogue and awkward lyrics (did they really say “no way” 1899?) that could have been better studied.

The show is saved by the talent and enthusiasm of the cast, led by muscular handsome Wes Williams as charismatic newsie frontman Jack Kelly and local star Jonalyn Saxer as his love interest, Katherine Plumber, a young ambitious journalist looking for a scoop.

Saxer, a graduate of Oak Park High School, has grown tremendously as a versatile performer since leaving the area for college ten years ago. Since then, she’s appeared as a Broadway swing on shows such as ‘Bullets Over Broadway’, ‘Honeymoon in Vegas’ and ‘Mean Girls’, but her exceptional dancing skills have since been augmented by acting and an exceptional song. simply sensational like Katherine. Her vocal highlight is “Watch What Happens,” a part-spoken, part-sung Sondheim soliloquy that’s a tour de force as the indecisive Katherine sorts out her emotions as she prepares to write her story.

Frankie Zabilka, who gave a wonderful performance in 5-Star’s “Something Rotten” earlier this year, is excellent as Davey, Jack’s second-in-command. Davey’s little brother, Les, is played by Zachary Michael Thompson, a scene stealer. Nolan Almeida does a great job as Crutchie, Jack’s disabled friend who becomes a near-martyr for the cause. Ray Mastrovito provides a few more effective moments as Roosevelt.

Gregory North, our favorite main villain, sputters and smokes in one of the show’s worst-written roles (all he needs is a handlebar mustache to twirl). North manages to overcome the shortcomings of her one-dimensional persona with a terrifically mocking performance.

The spare set includes the usual ladder and scaffold construction. The highlight is an extraordinary reproduction of a vintage hand-cranked printing press.

Wilkie Ferguson directs the pit orchestra with sweeping hand movements; the music is top Broadway quality, a 5 star hallmark. At its best, “Newsies” is fun and entertaining theater, but it won’t win a Pulitzer, despite having one in the cast.

“Newsies” continues through Sunday, July 24 at the Bank of America Performing Arts Center. Go to 5StarTheatricals.com for tickets,