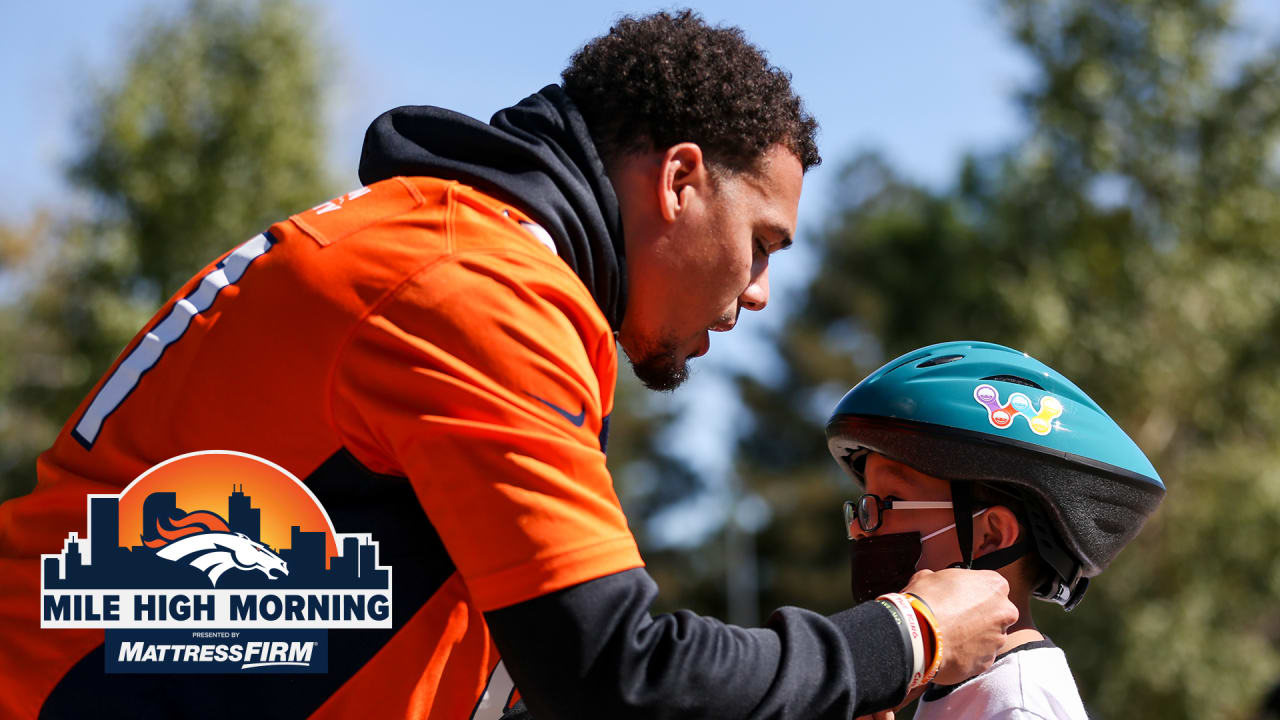 Safety Justin Simmons’ work in the Broncos community is no secret. The three-time Walter Payton Man of the Year nominee is as dedicated off the court as he is, working closely with several charities in the Denver area and beyond.

Now Simmons and his wife have embarked on a new adventure – helping fund a musical that aims to tackle bullying, a subject Simmons himself is familiar with.

“One of the things that hurts me the most in society today is bullying,” Simmons told The Undefeated, “and I was bullied when I was younger by moving from Virginia to South Florida just as I was starting college, so it was tough.”

Simmons is always looking for ways to get more involved in the community, and he felt a strong connection to the message of “Speak Life: The Musical.”

“One of the community service projects he’s been working on and connecting to because of his mission to end bullying with a message of empathy is Speak Life End Bullying the Musical,” wrote Victoria Hernandez of The Undefeated.

Simmons was first introduced to Dan and Rebecca Burd, the founders of Speak Life, in his hometown of Stuart, Florida, where Simmons and the Burds attend the same church.

“The Simmons family immediately signed on and funded the transformation of the musical into a film suitable for screening in schools with the goal of reaching 1 million students in 1,000 schools by 2022,” Hernandez wrote.

The ability to spread Speak Life’s anti-bullying message even further was an opportunity Simmons could not pass up.

“I think it’s so powerful for kids to be able to see this movie and see this message, because a lot of the time you think you’re the only one going through something,” Simmons said.

Simmons’ work in the community extends far beyond Speak Life. He works with the Denver Broncos Boys & Girls Club and started his own foundation, the Justin Simmons Foundation, to support Colorado youth in various ways.

And Simmons’ continued dedication to improving his community doesn’t go unnoticed by anyone who comes in contact with him.

“I don’t know if I’ve ever met such a young man who understood the power that one life can have, because his life is going to change the lives of millions of children,” Rebecca Burd told The Undefeated.