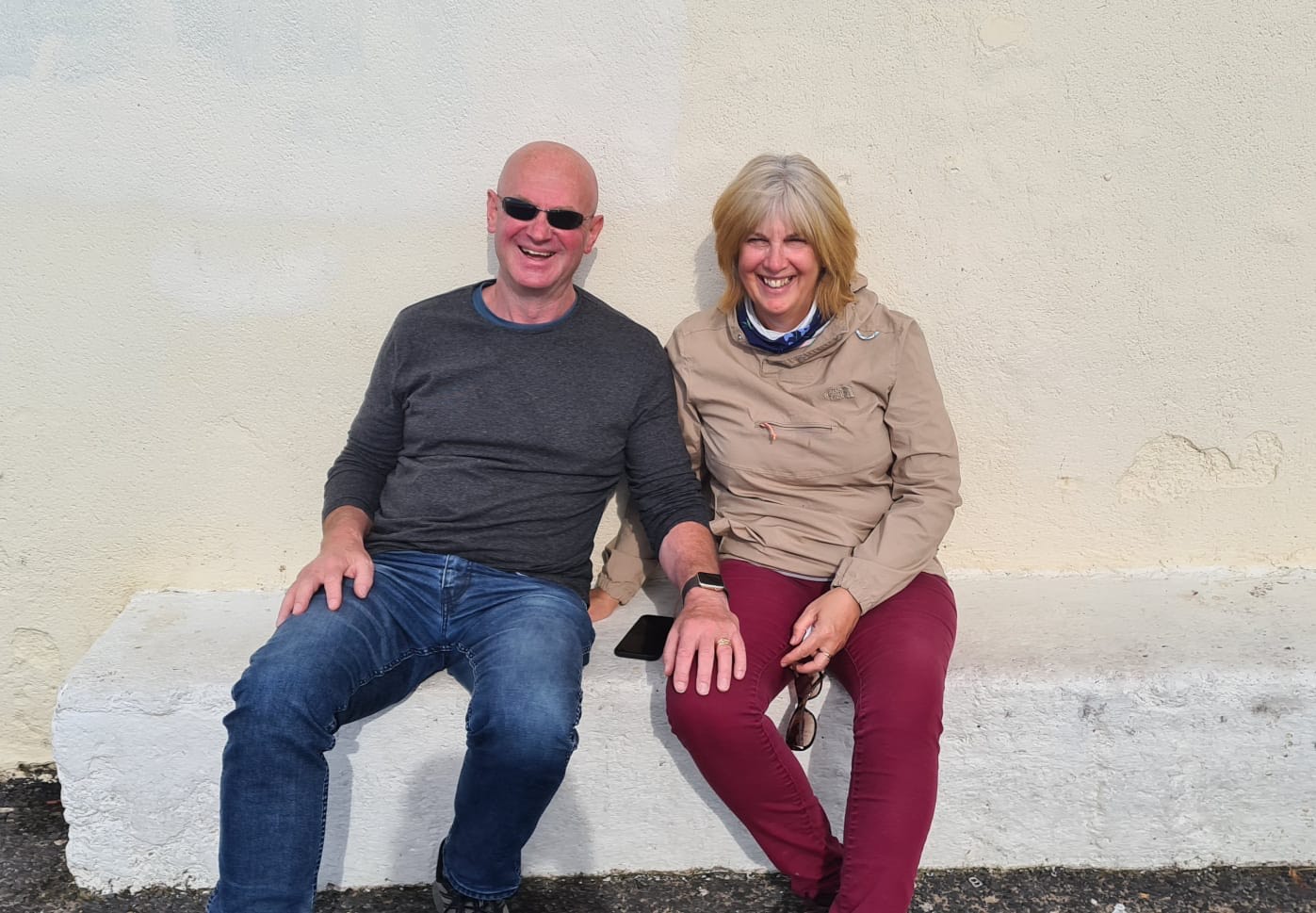 Kildare Nationalist – The Kildare Man is making musical waves on the West Coast!

A Kildare man who swapped his home county for the rugged west coast of Clare has described how moving west has opened up a whole new life for him.

Pat Ryan, originally from the town of Kildare, has lived in Clare for five years with his wife Geraldine (who is from Stratford-on-Slaney in Wicklow). Now approaching 63, Pat says life on the West Coast has given him new life and led to the creation of new business ventures and an unexpected adventure in songwriting.

“I’ve been coming to Clare since I was about 17. I’ve always loved it, and over the years, despite having traveled extensively, I’ve always been drawn to Clare,” he explained. “Since our marriage, we have moved 11 times. We have taken a journey through the years due to the ups and downs of life. When we moved to Clare in 2017 we first moved to Ennistymon then later to Miltown Malbay.”

Pat says the strong community spirit he encountered was a big part of the appeal of life here for him and Geraldine.

“People, wilderness, music, sea, friends. All of these are equally important,” he said. “On our first day in Ennistymon in October 2017, we met Sinéad Garvey at the Cheese Press, who introduced himself and offered us a coffee to welcome us to the town. We started going to gigs and sessions and getting to know all the musicians. At the time, I was still commuting to work at Coca-Cola in Athy. My heart was beating a little faster on the way back to County Clare. I felt like I was coming home, and I now know more people here and have more friends here than all the other places I’ve lived combined.

Pat told me he was at Coca-Cola in Athy for about a decade, and also worked at Kildare Chilling for about 16 years and at Wyeth in Newbridge (now Pfizer) for ten years.

He explained that he comes back to Kildare “reasonably regularly” – his mum Marcella is in Kildare town.

Music has always been an important part of Pat’s life and although he never played an instrument or sang, he always felt drawn to music. It’s no surprise that his daughter Sara, also known as SAL, has become a well-known singer, songwriter and musician, with her work largely influenced by her visits to Clare.

Pat said the Anam adventure has been amazing, adding that it’s like a dream come true. They have organized dozens of sold-out concerts and hosted artists including Luka Bloom (with whom he has been friends for many years), Mick Flannery, John Spillane, Daoiri Farrell, Susan O’Neill, Mundy, Steo Wall, The Walls , Anne Kirrane, Pauline Scanlon, Mary Coughlan, Vickie Keating and Declan Sinnott.

“The response has been incredible,” he said. “People crave music, but most of all music to present in a good family listening environment.”

Although Pat loved promoting and hosting well-known musicians, he never expected that he would find himself trying songwriting.

“I never saw that coming,” he explained. “I went to Doolin Writer’s Weekend and attended Sophie Coyle’s songwriting workshop. And there, the song ‘Uniforms’ was born. It’s about people thinking they’re mavericks, but in reality, we’re all in some sort of uniform.

‘One thing led to another, and before I knew it I was in Rob Wedgbury’s Wild Way Recording together with my daughter SAL and her partner Kealan Kenny. We ended up recording and releasing’ Uniforms’.

Uniforms continued to receive radio broadcasts in Ireland and reached global audiences on Spotify, Bandcamp, Apple, YouTube and other streaming platforms. Pat has since written and recorded another song called “Knife’s Edge” which SAL sings and which also received good airplay.

While the pandemic has presented huge challenges for artists and some aspects of Pat’s work, the man from Kildare says life in Clare has helped him slow down and keep perspective on what’s important.

“I live where I can walk and breathe the sea every day and I don’t take anything for granted,” he said. “I have immense respect for what all of our frontline workers have been through and those who work in hospitals, nursing homes, meat factories and in supermarkets and shops, often with very low wages. . I also think a lot of people from Ukraine, Afghanistan and elsewhere who are fleeing war. So I guess it’s a matter of perspective and keeping a sense of gratitude.

Anam Music concerts are currently taking place at the Royal Spa Hotel in Lisdoonvarna, a place Newbridge man Christy Moore calls his spiritual home. And while Pat has reason to be happy, he says he lives his life hand to mouth.

“I’ve become very aware of my age, and although I’m not old, I reflect on where I’ve been, what happened along the way and where I am today. Our son David and his wife Claire gave us a beautiful granddaughter Sophia. I want to show him sunsets in Clare. And to let her swim in the sea and listen to music,” Pat said.

“I remember being told once, ‘you are the most motivated man I know’. I thought that was a big compliment until I realized it was a terrible trait. When everything was taken away, I saw what was important in life. I stopped making long-term plans and learned to appreciate the present. So it’s about living every day and to be thankful for what we have. I live a very simple life now and you know clearing up complications isn’t that hard. It only took me about 63 years to figure that out.