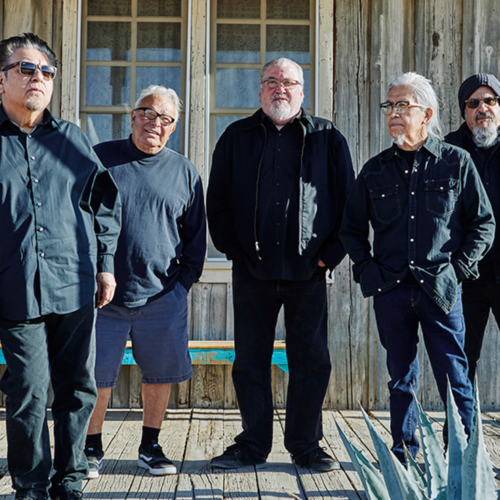 Los Lobos are the quintessential American band: a musical melting pot that has released classic albums and songs since their inception in 1973. They return to the Ridgefield Playhouse for the sixth time on Friday March 25andwith act of opening Jamie McLean tape.

Blending styles as diverse as Tejano, country, doo wop, R&B and folk into a unique rock and roll experience, their sound is far greater than the sum of its parts. With their effortless stage presence and enhanced virtuosity on many instruments, Los Lobos remain one of the finest examples of American music, and their work and performances have aged like fine wine. Their last album and 18and studio release, 2021’s “Native Sons” (New West Records), is an ode to their California homeland with guest appearances from Jackson Browne and the Beach Boys. Part of the Pepsi Rock Driven by North American Motor Car Series. The media sponsor for this event is WFUV.

Always road warriors, Los Lobos have toured with everyone from the Grateful Dead to and Bob Dylan to (surprisingly) Public Image LTD and even modern bands deeply influenced by their sound, like Tedeschi Trucks Band. Their catalog is as rich as anyone else, with headliners like ‘When the Circus Comes to Town’, ‘La Pistola y La Corazon’, ‘Come On Let’s Go’, ‘La Bamba’, “We Belong Together”, “Kiko and the Lavender Moon” and many more. Led by Louie Perez, Steve Berlin, Cesar Rojas, Conrad Lozano and David Hidalgo, every Los Lobos show is an opportunity to witness the best qualities of American music.

The kick off of the night is the Jamie McLean Group. McLean’s fiery guitar has joined the ranks of Gregg Allman, Aaron Neville, Dr. John and many more on stages from Madison Square Garden to Fuji Rock in Japan. Her blue-eyed Southern soulful voice is backed by genuine emotion, and the high-level songwriting chops produce deep, honest, heartfelt songs that will have you singing along even if you haven’t heard the melody.

For more information or to purchase contactless print-at-home tickets ($58.50), go online at www.ridgefieldplayhouse.org or visit or call the box office at (203) 438-5795. The Ridgefield Playhouse is a non-profit performing arts facility located at 80 East Ridge Road, parallel to Main Street, Ridgefield, CT and is committed to keeping the arts alive and accessible to all.