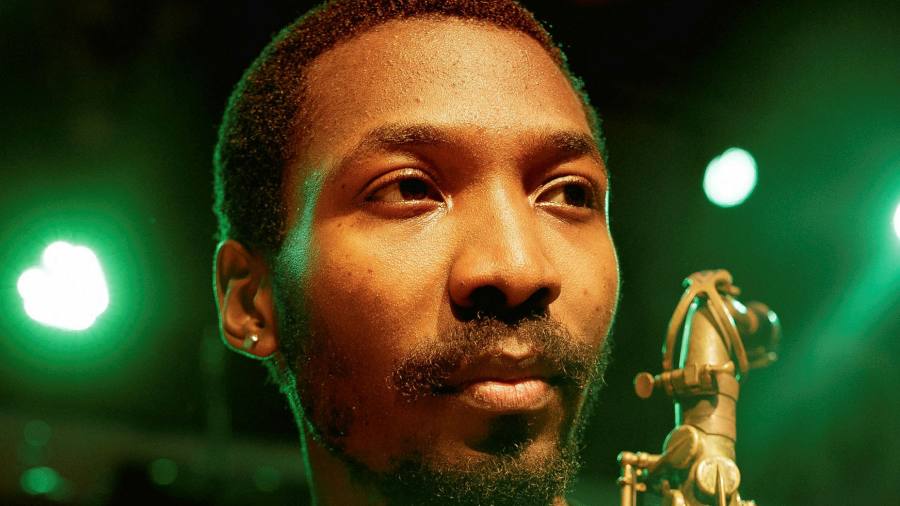 For Made Kuti, a descendant of the Nigerian musical dynasty that started with her grandfather Fela and continued with her father Femi, a career in the family business was more about when, not if. “When I was 14, 15, I already knew in which direction I wanted to go,” he says.

Last year, the 25-year-old’s debut album, For (e) ward, was released as part of a double father-son album, Heritage +. It delivered an impressive feat: the young Kuti played all instruments – from jazz drums and piano to saxophone, trumpet and guitar – in daily 14-hour recording sessions in a Parisian studio. , before recording the vocals for the eight tracks in Lagos. In November, those efforts earned her her first Grammy nomination – the eighth for the Kuti clan. On January 31, he will know if he won.

The pair were in Europe when the nominations were announced and an excited Kuti ran around the tour bus screaming. “It was like a nitrous [gas] boost, ”he says when we meet at rehearsals at the New Afrika Shrine in Ikeja, Lagos State, the successor to the Afrobeat spiritual home. “I didn’t think this type of experimental work was going to be recognized by musicians around the world. “

Half a century ago, his grandfather, the radical Fela Anikulapo Kuti, pioneered the Afrobeat genre, mixing polyrhythm highlife, jazz and funk with sociopolitical commentary. Today Made, tall and reserved, is decked out true to Fela’s Afrobeat style, his shirtless figure in skinny pants as he rehearses. His performances are just as impressive as Fela’s, but he traded in Kuti’s fiery energy for the measured calm of a Zen master.

The industry has discovered the success of. . . sex and popular gadgets, [so] music as art is suffering now ‘

The Afrobeat tradition is evident on Made Kuti’s album, although critics are divided: one called it a move towards the future of the genre; another said he had less of Fela’s spontaneity and free-form funkness. None of this bothers Made – full name: Omorinmade (Yoruba for “the child entering royalty”) – who is keen to succeed in his own way and extend the style. “I want my music to be experimental,” he says. “I want to design sets to play my music.

Born a year before Fela’s death, Kuti was only three when he first picked up a trumpet. Her father found her a guardian soon after, and when the shrine relaunched in 2000, the four-year-old was the first act. By age eight he had joined Positive Force, his father’s band, and at age 17, he was studying music composition in London at the Trinity Laban Conservatory, his grandfather’s school. foster mother. Today he comfortably plays at least four other instruments.

As a child, Kuti says he was mischievous, often disappearing for hours to play football, liking to test the durability of new shoes by jumping over tables at the sanctuary. In his teens, he denounced his school authorities for insisting that the ties be worn in the sweltering heat of Lagos “because you think it’s ‘okay’ to do it, but what’s ‘clean’ is colonial, “he said.” It’s boiling, you don’t provide electricity, the air conditioners don’t work, but if I slack off a bit, you punish me. So I have to suffocate eight hours a day.

His school had no history in its curriculum – a feature, not a bug, of the Nigerian system – triggering Kuti’s desire to learn about Pan-African figures such as Congolese Prime Minister Patrice Lumumba and the leader of the liberation. Ghanaian Kwame Nkrumah, whose posters still hang at the Shrine. He also read voraciously: books like Thomas Pakenham’s The rush for Africa, on the European colonization of the continent, proved useful. This quest for knowledge also led him to musical tastes such as Japanese rock and electronic jazz.

His musical, political and historical interests have influenced the philosophy he brings to his work, which deals with Nigeria issues such as government incompetence and corruption – a common subject for Afrobeat – and broader global themes. such as racism. On “Different Streets” he laments: “These songs were about her present / Not what had to be / We now have to understand how scary it is / That we are facing the same problems of the 70s.”

He is saddened by the current wave of insecurity and emigration in the country: “Every member of my group has a story of theft. . . You are sitting in a car and you are no longer safe in Nigeria. Anyone on the street, if you give them an economy class ticket to the United States and just tell them to go, they’ll go. They don’t need to know where they’re going, the interview, nothing.

Some of Kuti’s contemporaries also landed Grammy nominations as they propelled Afrobeats, Afrobeat’s latest iteration, onto the world stage. Over the past few summers, the music of performers such as Wizkid, Davido and Burna Boy has found fans all over the world. But purists and critics regularly point to Afrobeats’ flaws: the name aggregates different sounds under one umbrella, and the sound emphasizes hedonism and the glorification of wealth rather than the socially conscious message of its ancestor.

Made is quick to applaud “these obviously talented people who have found a way to express themselves” through Afrobeat, despite the lack of government support for the arts in Nigeria, but is concerned about the shortcuts some are taking. these musicians.

“What worries me is because. . . the industry discovered the success of love and sex and gadgets that bring popularity, music as an art is suffering now, ”he says. “Many of our most prolific artists cannot harmonize their own melodies. . . or read sheet music. Young people today interested in music think that traditional training is a “gateway to failure”. 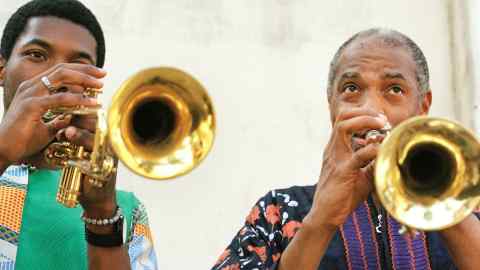 In February, Kuti launched his 14-person band, The Movement, and plans to expand it into something more like an orchestra that also plays Afrobeat. During weekly rehearsals at the Shrine, which sometimes last up to eight hours, he fine-tunes musical arrangements and covers his ears for extraneous sounds while his band members tune their instruments. His second project, an as yet untitled EP, is due in February, according to Kuti’s manager.

The goal, he says, is to be a great musician who was also a Kuti and not just another great Kuti musician. “I don’t think being nominated for the Grammys makes me a better musician than anyone who wasn’t. Having this recognition, I am not naive enough to be so selfish to believe that I have succeeded.

‘For (e) ward’ is available from Band camp