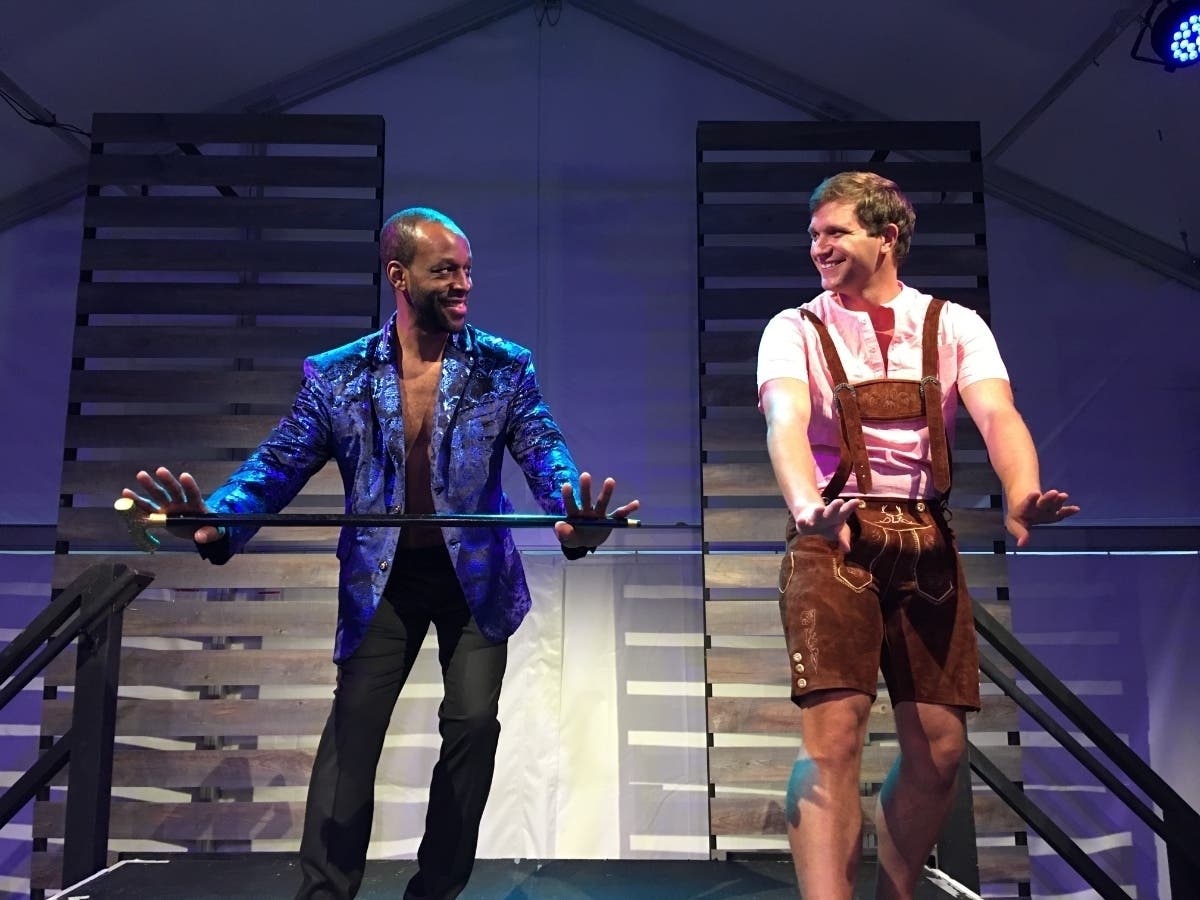 MADISON, CT —Madison Lyric Stage will perform Stephen Schwartz’s musical Pippin, July 21-31. The production will be presented inside the brand new MLS tent on the grounds of Madison’s Deacon John Grave House and will be themed around the marquee carnival.

With music and lyrics by four-time Grammy and three-time Oscar winner Schwartz and book by Roger O. Hirson, the Tony-winning musical follows a mysterious performance troupe, led by Commander Leading Player, which tells the story of Pippin, a young prince on his quest for meaning and significance.

Pippin becomes a soldier in his father’s army, but is distraught over the murder – and murders his father to stop the war. Now King himself is even more lost and unsure of what he wants in life and turns away from everything, including true love, only to discover that what he was looking for has been there all along. Pippin features the well-known songs Corner of the Sky and Magic to Do.

“With an unforgettable and infectious score, Pippin continues to captivate and appeal to the young at heart,” said Marc Deaton, artistic director of Madison Lyric Stage. “Pippin’s messages of self-discovery and fulfillment in the family you create for yourself are universal. Like Pippin, we all learn that happiness does not always lie in extraordinary efforts, but in the non-extraordinary moments that occur. each day.”

Leading a 16-player cast, Jamal Green as lead player and Cedric Gegel as Pippin. Mr. Green won the 2021 BroadwayWorld Connecticut Award for Best Featured Performer in a Play for his performance in MLS’s The Boys in the Band. Mr. Gegel is an award-winning stage and film actor, who recently starred in the area as Robert F. Kennedy on the one-man show Kennedy: Bobby’s Last Crusade.

Tickets are $55 and can be purchased by visiting madisonlyricstage.org or calling 203-215-6329. Deacon John Grave House is located at 581 Boston Post Road in Madison.

Madison Lyric Stage is an award-winning non-profit arts collective serving the Connecticut coastline. Its mission is to broaden participation in the arts by presenting accessible, inclusive and affordable professional-quality opera, musicals and plays.

Madison Lyric Stage is supported in part by generous donations from Chase, the Community Foundation for Greater New Haven, the Guilford Savings Bank, the Maureen E. and Peter F. Dalton Fund of the Madison Foundation, the New Alliance Foundation and of the Rotary Club of Madison. , with support from the Connecticut Office of the Arts, with support from the Department of Economic and Community Development, which also receives funding from the National Endowment for the Arts, a federal agency. Support was also provided by CT Humanities (CTH), with funding provided by the Connecticut State Department of Economic and Community Development/Connecticut Office of the Arts (COA) of the Connecticut State Legislature, as well as the Arts Council of Greater New Haven, which received support from the National Endowment for the Arts – American Rescue Plan Act program.