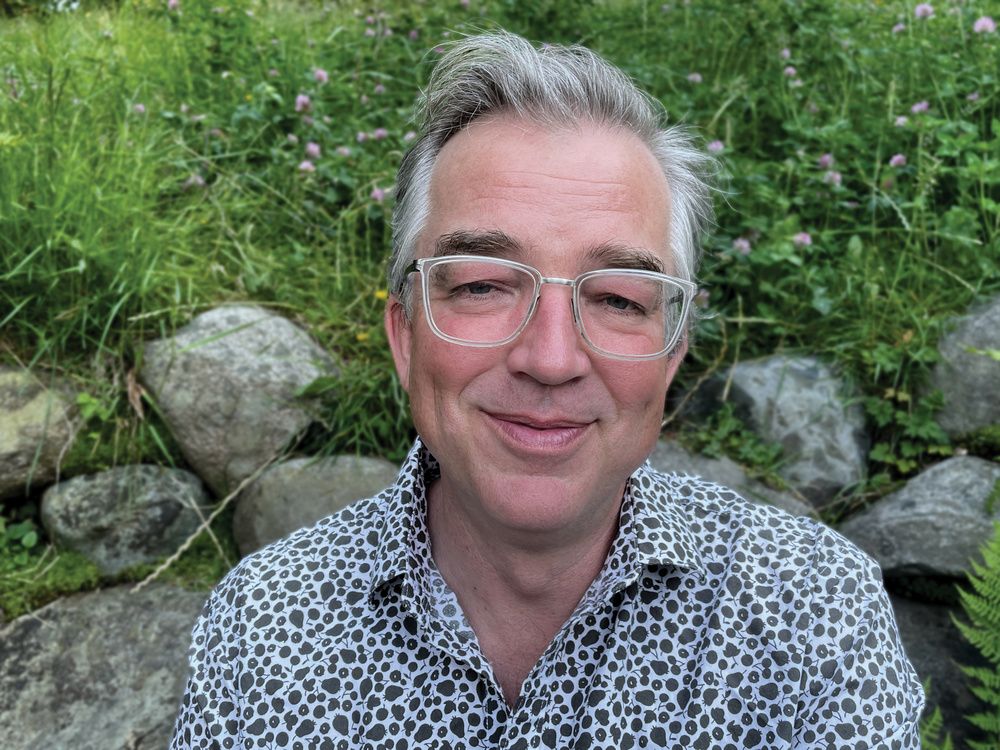 Described on his site as “creator, double bass player, sound artist”, the Small series of chamber music which could The artistic director has lent his skills to everything from director John Bolton’s 2016 musical docudrama Aim For the Roses about eccentric daredevil Canadian stuntman Ken Carter to the isolation commissions of the 2020s, where local musicians were commissioned by patrons to interpret whatever had been agreed upon.

This pandemic fundraiser produced 130 videos and raised nearly $30,000 for participating musicians. This led to Haney being named one of The Globe & Mail’s Artistic Heroes of 2020.

We apologize, but this video failed to load.

One of Haney’s most ambitious projects was to take inspiration from the Ontario graphic novelist SethGeorge Sprott’s 2009 book for writing the multimedia project Omnis Temporalis.

The story of an 81-year-old retired TV personality looking back on his life in the fictional town of Dominion inspired the composer so much that he wrote a “chamber short story” based on it. The session includes string movements, a song cycle based on Seth’s story, and dramatic audio readings performed by local voice actor Richard Newman as George, soprano Dory Hayley as Daisy, and narration by Rebecca Haas. The actors are accompanied by Haney, flautist Mark Takeshi McGregor and cellist Marina Hasslebring.

Omnis Temporalis was first mounted as a joint exhibition by Haney and Seth at the Richmond Art Gallery in 2017 and included live music, deconstructed storyboards and special installations. The project is now released as a limited special edition disc package.

“All my personal projects come from wanting to be a storyteller, but Omnis Temporalis is much more fragmented than that,” Haney said. “I composed a kind of pastiche of George Sprott, by cutting out parts of the text and working out a structure on this giant wall. Presenting an entire musical in a visual setting like that has completely changed the way I have worked ever since.

An example of this new “visual score” was Centum Corpora, a piece he wrote for the 2018 in honor of the centenary of the end of the First World War. Designed for 100 brass players positioned in different areas of Jones Section 45 of Mountain View Cemetery, Haney had to use a blueprint printer to produce a map of the section and where the hundred instruments were going to be.

“The prints were about four feet wide and 10 feet long, which was unwieldy,” he said. “But I needed that visual to understand the project and now everything I do is subject to that ‘big paper’ production. I need to be able to visualize everything to make sense. So yes, Omnis Temporalis broke me.

Those who purchase one of the project’s limited-edition vinyl pressings will receive their share of visual components with it. Seth has included custom artwork ranging from selections from George Sprott’s library of recordings to other cover artwork, and the 13-chapter recording captures the essence of the original graphic novel with Haney’s savory compositions. Still, the bassist points out that the project isn’t really a collaboration.

“Seth designed this wonderful package to go along with the recordings, but we didn’t collaborate at any time,” he said. “He did his part and was completely indifferent to anything I wanted to do with his job. I expected to have to get script approval, conditional music approval and so no. But he just wanted to see what would happen when it was done and we made this artistic game of ping-pong where one or the other sent something and waited for a response.

In addition to finally wrapping Omnis Temporalis after a few years of delay, Haney also announced his 10th season as Artistic Director of Little Chamber Music. The 2022/23 season will see the cutting-edge classical and new music presenter put on adventurous performances at often unique venues such as the annual Friends and Family concert series taking place August 12-14 at Mountain View Cemetery or the Human Play Shadow Etched in Stone. premiering in the lobby of the Queen Elizabeth Theatre. Another highlight of the season is sure to be the January 2023 performance of composer Gavin Bryar’s Jesus’ Blood Never Failed Me Yet to celebrate his 80th birthday.

This will be done in partnership with Redshift Music Company, who are another part of the artistic community that speaks the same kind of language as we do,” he said. “It’s been so amazing over the years to have these wonderful artists to work with to present this free series and I can’t thank everyone enough for their involvement. New things just keep coming and that makes it rewarding and interesting.

In February, the Little Chamber Music Augmented Reality app is planned for mobile devices. You will also be able to take past performances into the virtual world.

The first project of the new season is Music For Vanishing Land, which will perform in 2023 around Acadia Beach and Spanish Banks Dog Beach at low tide. As performers and audiences gather for the show, they will have to disperse as the site disappears underwater in no time. The aim is to bring directly into the minds of the public the idea of ​​land lost due to climate change. For the full season list, visit littlechambermusic.com.

More news, less ads: Our in-depth journalism is possible thanks to the support of our subscribers. For just $3.50 a week, you can get unlimited, lightweight access to the Vancouver Sun, The Province, National Post and 13 other Canadian news sites. Support us by subscribing today: The Vancouver Sun | Province.

Sign up to receive daily news from the Vancouver Sun, a division of Postmedia Network Inc.

Thank you for your registration!

A welcome email is on the way. If you don’t see it, please check your spam folder.

The next issue of Vancouver Sun Headline News will soon be in your inbox.

We encountered a problem during your registration. Try Again