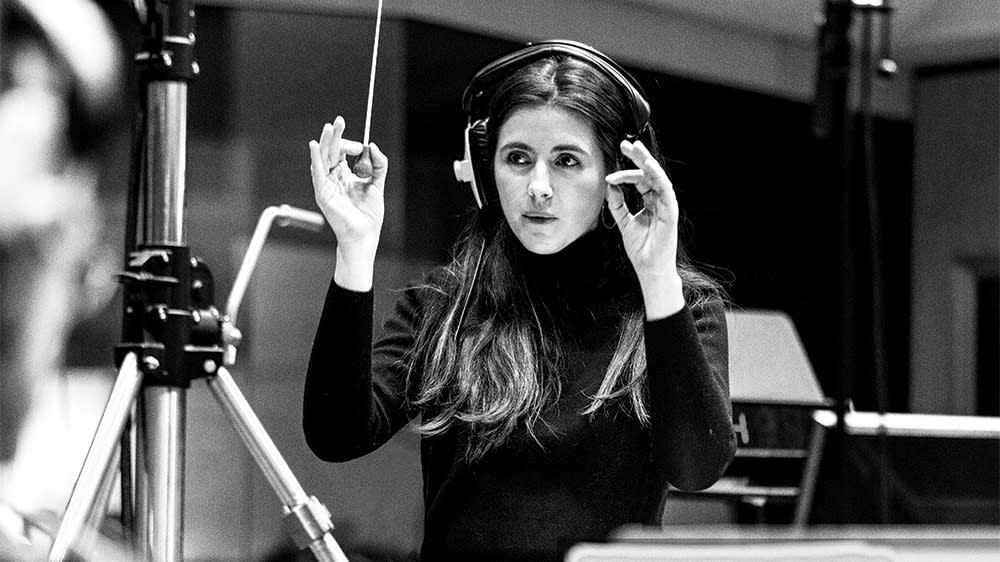 Marvel explores a rich musical universe with scores for “Loki”, “Moon Knight” and “What If…?” »

As the Marvel Cinematic Universe has expanded into television, so has its musical reach, embracing diversity both in terms of composers and the music they create.

“Loki is kind of a likeable villain,” says Holt, “a great Machiavellian, Shakespearean character, so I wanted a kind of gravity, a classic weight, to his theme.”

Yet in last summer’s six-part series, the Norse god of mischief (Tom Hiddleston) also plays with time, suggesting more unusual sounds: the moans of a theremin and its equally French cousin. strange, the Martenot waves.

“I was listening [Lithuanian theremin virtuoso] Clara Rockmore and [BBC Radiophonic Workshop pioneer] Delia Derbyshire,” says Holt. “The sound of the theremin stayed with me and I always wanted to use it somewhere. I just experimented and the character of it really seemed to match the score.

She added an electronically manipulated ticking sound for the Time Variance Authority and a pair of Norwegian folk instruments (Hardanger fiddle, nyckelharpa) for the mysterious Sylvie (Sophia Di Martino) and her connection to Loki’s mother, Frigga. “I loved these two powerful forces coming together and blending, giving [the series] the orchestral weight of Wagner but with this unusual sinuous side.

“Moon Knight” involved vengeful Egyptian gods and their modern avatars, and Egyptian director Mohamed Diab needed music that was “classic, Egyptian, but appealing to normal audiences,” says composer Nazih. “You feel the spirit and vibrations of Egypt in the lines of the orchestra.”

Given that Khansu, the Egyptian moon god, figures prominently in the storyline, it’s a stunning coincidence that Nazih ended up in Khansu’s temple in Luxor just days before his first encounter with Diab. “They opened a room that is not usually open to visitors, a room specially designed for meditation and prayers. I got up, looked up at the sky and it was a full moon,” he recalled, thinking it boded well for the upcoming project.

The sullen atmosphere and frequent battles demanded a full-scale orchestra and choir (62 musicians, 36 singers), all recorded in Vienna and supplemented by soloists on Egyptian folk instruments – including the arghul and mizmar, the two woodwinds, and the string rebaba – in Cairo. “They don’t feel like intruders in the texture of a classical orchestra,” says Nazih, “but they have a prominent presence and tone.”

“I had a theme for Moon Knight (Oscar Isaac) and one for Harrow (Ethan Hawke); these themes continue and sometimes collide,” he adds.

Karpman took on perhaps the biggest creative challenge of all with “What if…?” ,” the nine-part animated series that imagined alternate realities for several Marvel heroes, including Captain America, the Black Panther, Iron Man, Thor, and the Avengers.

The composer quoted the characters’ film themes, in many cases, but “filtered” through her own harmonic language, “somewhere between modernism and contemporary film music,” she says. “These things exist in the MCU, but we find a different angle, a different way of telling the story.”

For Emmy, Marvel enters Episode 4, in which Doctor Strange, in his career as a pre-mystical surgeon, tries to reverse the moment when his girlfriend Christine Palmer survives the car accident that killed her. and disabled him. “This particular episode is the most personal, the most poignant,” she says. “He uses his powers to fix mistakes, so it’s a tragic love story. My job was to try to capture what it’s like to love, and never be able to find that love.

The Watcher, narrator of each episode, is featured in the series’ main title, which features the sounds of breaking glass (for the jagged images of the many characters) and a choir singing, backwards, phrases such as “and if”, “Marvel” and “Stan Lee”, co-creator of so many comic book characters.