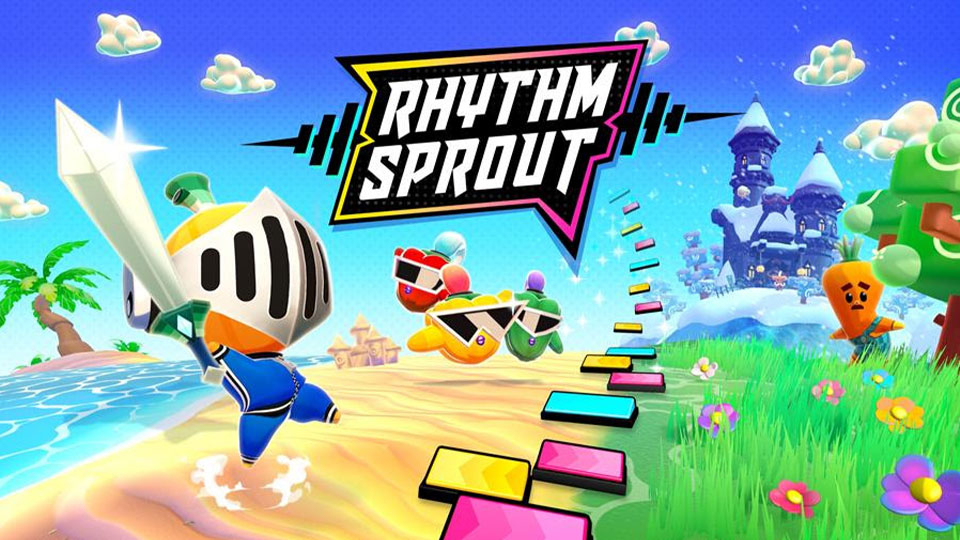 The Plant Kingdom is under siege from the Sugar Daddy King’s candy army, and only the Rhythm Sprout has the cool, funky moves to save the day without missing a beat.

Published by tinyBuild and developed by Norwegian indie studio SURT, Rhythm Sprout will strut across PC, Switch, PlayStation, and Xbox. Budding musical heroes can let off steam on the dance floor today in a three-step live demo on Steam.

Inspired by highly focused rhythm games like Muse Dash and Taiko no Tatsujin, players follow the beat as the heroic Onion Sprout charges into battle with a spring in their step. Pick up the pace (and BPM) as you chop, slice and julienne your way through a rogue’s gallery of sweet opponents, as joyous wandering gives way to intense action.

Designed to be accessible to newcomers to rhythm games, yet still challenging, Rhythm Sprout uses a simple three-button control scheme to weave your way through its crisp, clean rhythm maps. Score-hunting pros who can activate the Sugar Rush score multiplier mode for those really technical solos you just want to show off with.

Rhythm Sprout is also more than good music. Each stage presents a unique environment to bounce around in and its own cast of delightfully weird villains. Between Dance Battles, players will explore the Plant Kingdom, encountering its strange but charming inhabitants, and possibly saving Princess Cauliflower along the way.

Along with saving the kingdom through over 20 story stages, musical maestros will find plenty more to chew on with Rhythm Sprout’s higher difficulty settings and more. Side stories, bonus levels, unlockable modes and spicy mini-games await. It’s all part of a balanced music diet, after all, and saving the kingdom will burn more than a few calories.

Rhythm Sprout will be showcased at PAX East 2022, and a demo is live on Steam today! Players can get a mouth-watering taste of the action across three stages (with multiple difficulty levels) and a few silly story bites to get you in the groove mood.