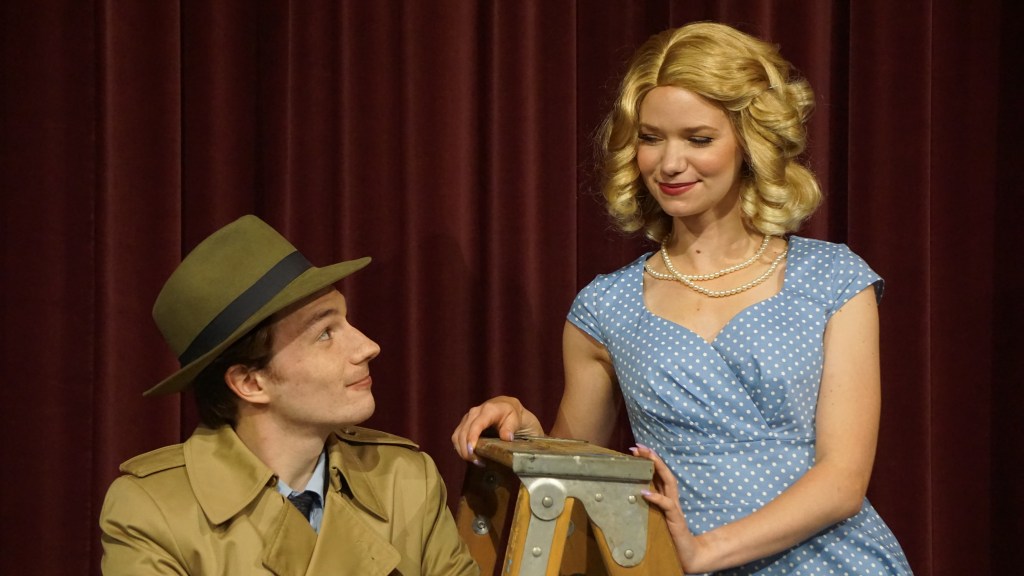 RHINEBECK — The musical “Curtains,” a presentation from Up In One Productions, opens for a run of 12 performances Friday, July 22 at 8 p.m. at the Center for Performing Arts, 661 State Route 308.

“Curtains” tells the story of an out-of-town opening for a new musical, “Robbin Hood,” in Boston in 1959. During her curtain call, the fading movie star and leading Extremely unpleasant and talentless lady Jessica Cranshaw is mysteriously murdered on stage. . The entire cast and crew become suspicious.

Enter a local detective, who happens to be a musical theater enthusiast, and the fun ensues. With a rousing score, dazzling dance numbers, witty script, and colorful characters, “Curtains” is a hilarious musical comedy of classic crime riddles. The Broadway production, starring former “Fraiser” and “Spamalot” star David Hyde Pierce, earned eight Tony nominations in 2007, including Best Musical and 10 Drama Desk Award nominations, winning the exceptional book of a musical.

“Curtains” runs until Sunday, August 14. Performances are Fridays and Saturdays at 8 p.m. and Sundays at 3 p.m.

Tickets are $25. They can be purchased online at centerforperformingarts.org. Tickets can also be purchased at the center box office by calling (845) 876-3080 Wednesday through Friday from 1 p.m. to 5 p.m. and Saturday from 9 a.m. to 5 p.m.

From July 22, the center will no longer require proof of vaccination and masks will be optional, but are strongly encouraged for members of the public.