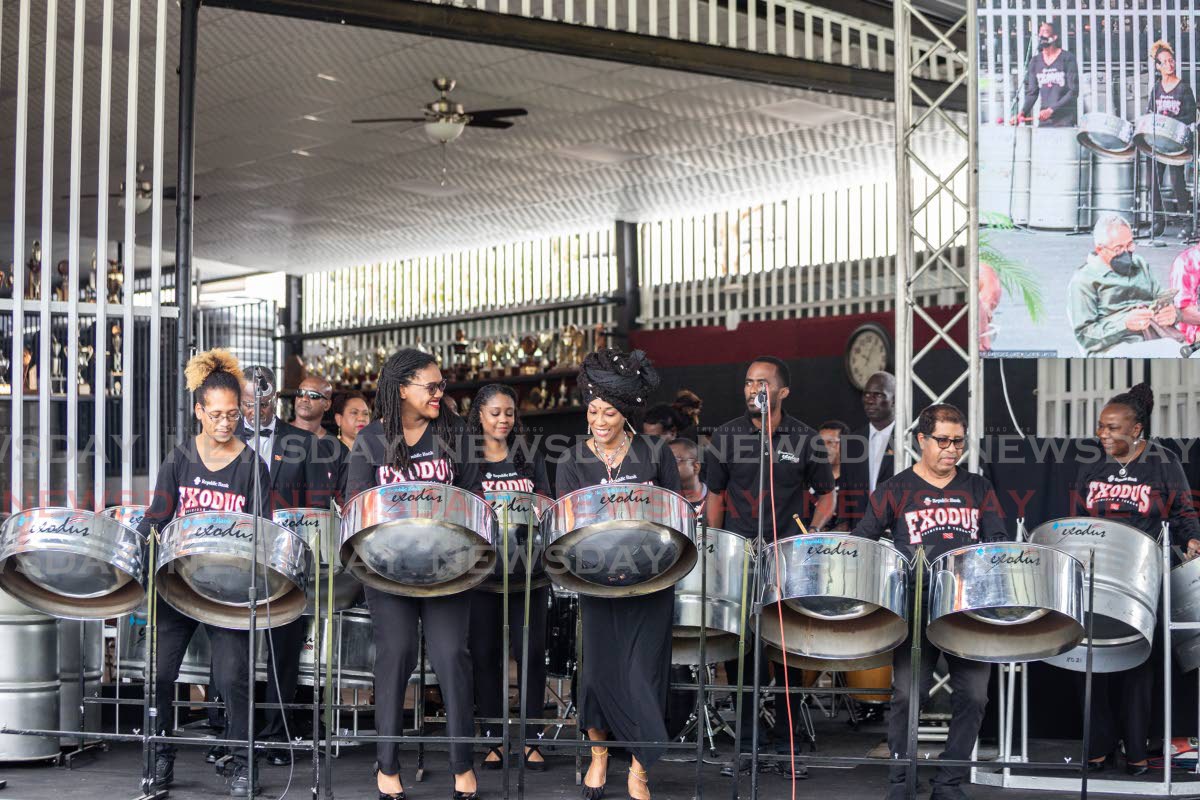 Whether it was last-minute rehearsals, preparing for exams or just advice, musician Desmond Waithe had an open-door policy at his home for anyone who needed help.

At his funeral Saturday at Republic Bank Exodus Park in St Augustine, Waithe’s family and friends said he would be remembered as an endearing figure who dedicated his life to national development by uplifting others and sharing his gift of music.

While delivering her eulogy, Melissa Lynch-Waithe shared fond memories of her marriage to Waithe. She said he “left his mark on almost everyone who crossed his path”.

“The only thing missing from our house was a sign outside that said ‘Wait Yuh Turn Music School,’ or something like that, because every other day students were coming into our house.”

Although Waithe was awarded the Humming Bird Medal (Silver) in 1993 for outstanding contribution to music in TT, Lynch-Waithe said he never bragged about his accomplishments.

She joked: ‘A lot of people didn’t even know he was a Humming Bird medalist…until I told them. In fact, I did the bragging for him.

“Desmond was one of the most humble people you could ever meet. The man has many accomplishments, but you wouldn’t know that unless you asked or read about it somewhere.

From an early age, Waithe’s daughter Melanie – head of Newsday’s sub-editing department – ​​said she admired his love and dedication to music.

She remembers waiting in the parking lot of Queen’s Hall, St Ann’s while her father attended meetings and even trying her hand at music on several occasions.

But apart from her fond memories with him, Melanie said it was people’s outpouring of love towards family that gave her strength as her father battled his prolonged illness in the weeks leading up to his death on April 20.

“There has been a comfort over the past few weeks and months, hearing from so many people how influential Dad was and what impact he had on the world.

“I’m so grateful to have been able to spend so much time with him over the past few months.”

During his homily, Emeritus Anglican Dean Dr Knolly Clarke said young people in TT needed the support of mentors like Waithe, especially in the face of issues such as an increase in violence in schools.

Clarke compared Waithe’s mentorship to young people and musical contributions to the biblical story of Jesus feeding many with only five loaves and two fish.

Clarke exclaimed, “Our brother (Desmond) really did what God wanted him to do… feed his sheep. Not to donate but to help people learn to play music.

“When you see the nonsense in schools today, our schools need Desmond Waithe.”

Former Tunapuna MP Eddie Hart said Waithe not only cared passionately for his family, but also for others.

Hart said people need to make sure Waithe’s selflessness lives on by doing good for others and loving themselves.

“What is remarkable about this gentleman is his humility. Desmond can be happily described as greatness walking in humility.

“Desmond was in touch with the common man and he was on the ground all the time wherever he went.”

Hart asks the Tunapuna/Piarco Regional Corporation to rename a street in Tunapuna in Waithe’s honor.