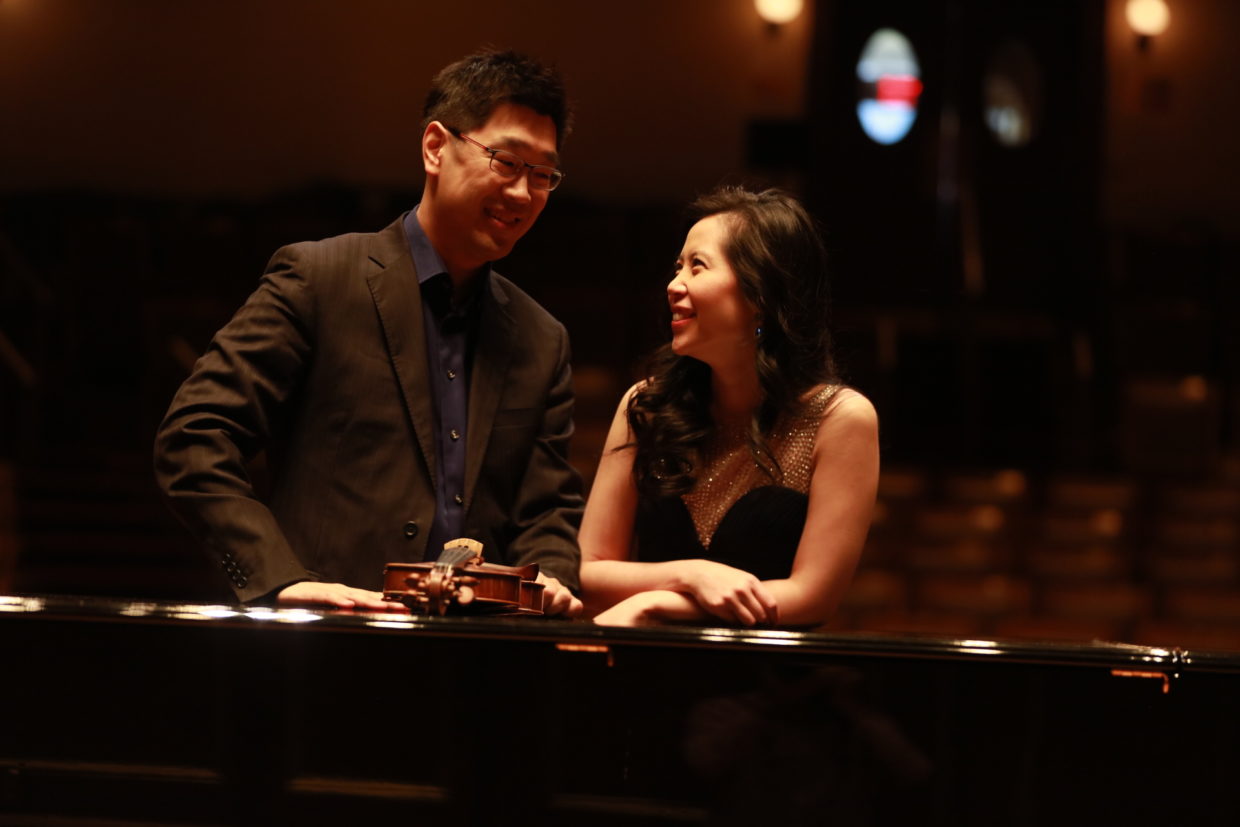 News and Notes: Hi and Farewell – The Musical (Version)

• Third Angle New Music executive director Lisa Volle stepped down in late 2021. In a dozen years under her leadership, the Portland organization has toured Beijing, Thailand, and extensively in the United States, s performed at the Bang on a Can Marathon in New York, and has greatly enriched the Oregon music scene with dozens of artistically adventurous concerts in Portland. She also handled a 25th anniversary celebration, a difficult separation from longtime artistic director Ron Blessinger, the effects of a global pandemic and last year’s ambitious Sanctuaries, the biggest project in the history of the company. ‘organization.

• The Portland Jazz Composers Ensemble bids farewell to Executive Director Douglas Detrick, who has announced his imminent departure after eight years, pending the selection of a successor. Under his leadership, the organization became one of the leaders of Oregon’s revitalized jazz scene, with an active label, abundant performances, partnerships and educational endeavors, the fabulous From Maxville to Vanport program. It’s an Oregon source for new, original, and locally grown 21st century music in the jazz tradition. Stay tuned for more from Detrick (who is also an excellent composer, trumpeter and multimedia artist) and PJCE in the weeks to come.

• The Portland Gay Men’s Chorus has announced the departure of its artistic director, John Atorino. Associate Conductor Mary McCarty will serve as interim artistic director for the remainder of PGMC’s 42nd season.

• Portland Columbia Symphony announced the departure of General Manager Rebekah Phillips. “While leading the PCSO through the pandemic,” the press release reads, “she championed the creative talents and versatility of the region’s independent professional musicians, bringing to fruition the PCSO’s hugely successful Meet the Instruments program, establishing a scale fair pay and increasing the number of paid performance opportunities in a season. Prior to her three-year tenure at the PCSO, she also worked for Chamber Music Northwest and the Oregon Symphony.

• The Britt Festival Orchestra has appointed Renia Shterenberg as its new Chief Executive. She comes from San Antonio, where she led the chamber music group Almost Ensemble and performed at the festival as a violinist. The festival also announced the creation of a new $500,000 fund to support the orchestra’s development and a schedule change, moving its concerts from late August (where they were plagued and even canceled by smoke from the fires in recent years) to June 17-July. 3.

• Speaking of the Britt Festival, its President and CEO, Donna Briggs, retired at the end of December after a decade. Former board chairman Mike Burrill credited him with creating a new business model for the southern Oregon institution, hiring music director Teddy Abrams (who just won the award of Musical America’s 2022 Composer of the Year) and leading the festival’s response to the Covid pandemic. There was also the challenge of wildfire smoke-induced cancellations and more. “Put simply, Donna has ensured Britt’s survival,” current board chairman Dominic Campanella said.

• The seemingly polished classical music world is embroiled in another controversy, this one centered in the Pacific Northwest, where Seattle Symphony music director Thomas Dausgaard abruptly ended his brief tenure via a resignation by e -mail – “in the middle of a season, with immediate effect, and barely a month before he is about to embark on the first installment of a two-year Sibelius cycle, his passion project”, has writes longtime Seattle arts expert Douglas McLennan.His so far definitive account of the “debacle” details a bitter brew of miscommunication, board conniptions, Covid-caused travel issues and many other ingredients. The New York Times also weighed in. Insecure orchestras could at least avoid travel hassles by hiring one of many qualified Americans as music directors, instead of continuing the age-old trend (he sadly in decline) to try to buy from the old world. credit by pursuing European maestros.

• The American Choral Directors Association has named alum Portlander Duncan Tuomi’s “The Rose That Bare Jesu” the first winner of the 2021 Raymond W. Brock Memorial Student Composition Competition. Now a student in the Master of Choral Studies program at the At the University of Southern California, Tuomi helped lead the Pacific Youth Choir’s Tsunami Chorus and performed with Corvallis Repertory Singers and Eugene Opera, and was a soloist with the Bach Cantata Choir of Portland, among other credits. . His original music has been performed by the Pacific University Chamber Singers and the University of Portland Chamber Singers.

• Young Lake Oswego composer/violinist/trombonist Elaina Rae Stuppler (13) has been named one of six Honorable Mention recipients in the prestigious Luna Composition Lab Fellowship program, which offers mentorship by composers estimated to be adolescent girls, non-binary and gender. non-conforming composers. Stuppler is part of the Oregon Symphony’s Young Composers Project, which debuted dream of light Last year. The Metropolitan Youth Symphony will perform the world premiere of its Subwoofer lullaby. Katie Palka of Oregon, who is also studying at USC, was a Luna Fellow in 2017-18.

• Speaking of young Oregon musicians, the increasingly ambitious All Classical Portland radio is now accepting applications (until February 28) for its Young Artist in Residence program, which offers “opportunities to expand and to deepen engagement with audiences as well as other musicians and composers across All Classical Portland’s extensive network.The station’s Recording Inclusivity initiative was named winner of Current’s 2021 Local that Works competition. , which recognizes excellence in media content, community engagement and revenue initiatives.The initiative, which also welcomed new partners, PARMA Recordings and The Sorel Organization, aims to diversify classical radio programming with music worthy of composers from underrepresented groups, and includes commissions for new works by contemporary composers.

• In a final hello and farewell, watch jazz guitarist Eugene Don Latarski’s video tribute to Art Maddox of Springfield, one of Oregon’s leading songwriters, who passed away in 2020.

Brett Campbell is a frequent contributor to The Oregonian, San Francisco Classical Voice, Oregon Quarterlyand Oregon Humanities. He was a classical music publisher at Willamette Week, music columnist for Weekly Eugene, and West Coast Performing Arts Writer for the the wall street journal, and also wrote for Portland Monthly, West: Los Angeles Times magazine, Salon, musical america and many other publications. He is a former editor of Oregon Quarterly and The Texas Observer, recipient of arts journalism grants from the National Endowment for the Arts (Columbia University), the Getty/Annenberg Foundation (University of Southern California) and the Eugene O’Neill Center (Connecticut). He is co-author of the biography Lou Harrison: American musical maverick (Indiana University Press, 2017) and several plays, and has taught short story and feature film writing, editing, and magazine publishing at the University of Oregon School of Journalism & Communication and Portland State University .

More stories by this author

2022-01-20
Previous Post: The Red Mill ! The cast and creative team of The Musical brought the film to life on stage in London
Next Post: The musical ‘Peter Pan’ takes center stage in the cutting room