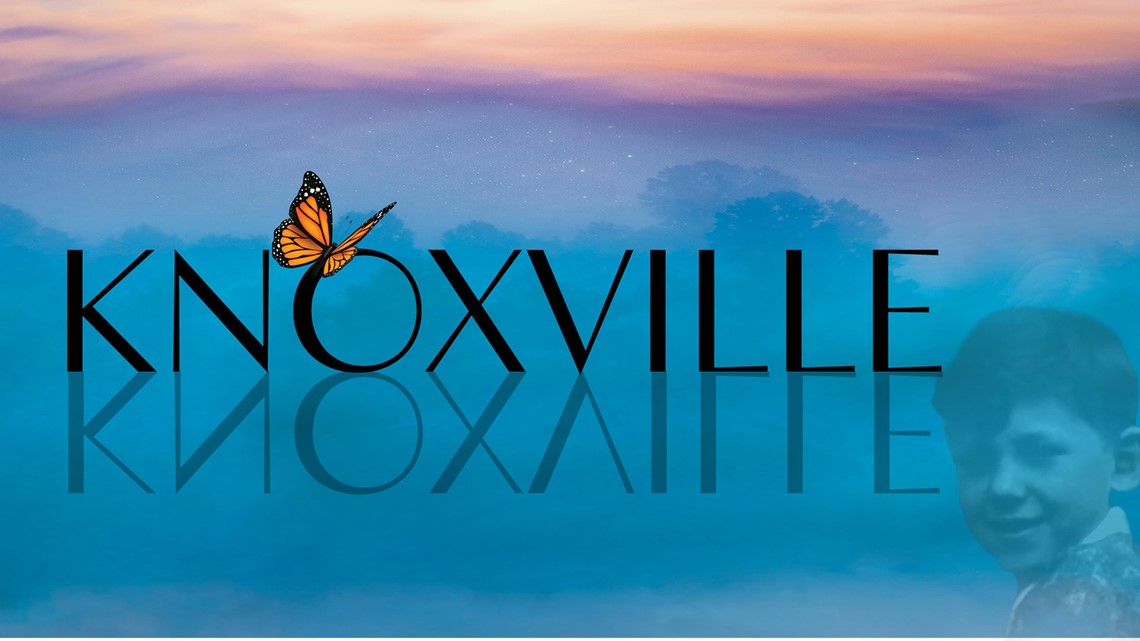 “Knoxville” premieres Saturday and continues next month at the Asolo Repertory Theater in Sarasota.

Knoxville, Tenn. — When the curtain opens Saturday night in Florida on an original musical based on the Pulitzer Prize-winning book ‘A Death in the Family’ by James Agee, several Knoxvillians will be in the audience, including the man who helped make everything possible.

Philanthropist Roy Cockrum provided financial support for the Asolo Repertory Theater production through his Knoxville-based Roy Cockrum Foundation. That’s a big part of what he’s been up to since fortune shone upon him in 2014 and won a multi-million dollar Powerball jackpot after buying a ticket at Kroger.

RELATED: A Death in the Family, a Birth on Stage: New ‘Knoxville’ Musical Focuses on a Deep Moment in Agee’s Life

Cockrum quietly helps theater companies across the country realize their dreams. For example, thanks to his generosity, the Clarence Brown Theater at the University of Tennessee staged in 2018 the sumptuous “Candide” with the Knoxville Symphony Orchestra.

“Knoxville” musical premieres Saturday night at the Asolo in Sarasota after a preview. The show uses Agee’s autobiographical novel about his father’s death in the early 20th century in Knox County and its impact on him as a boy for some of its material.

It is also based on the play “All the Way Home”, also on Agee’s story.

“Knoxville” has been in the works for about four years.

Asolo executives say it has been a first-class project from the start, thanks in large part to Cockrum. But the race in Florida is not the only goal. We hope it will one day end up on Broadway.

Cockrum generally avoids the spotlight. Ahead of Saturday’s premiere, he answered a few questions via email from WBIR about the new musical, its philosophy and its work.

WBIR: The Asolo says that your foundation came to see them several years ago to inform them that they would receive your help. Did you know then that Agee’s story was a candidate for them or did the Asolo tell you it was something they were considering? And why choose Asolo to receive aid from the foundation?

Cockrum: When we founded the Roy Cockrum Foundation, we visited many flagship non-profit theaters across the country (League of Resident Theaters or LORT), including the Asolo Repertory Theatre. When we got there, I found that one of my professors from Northwestern University, Dr. Frank Galati (also a Tony Award winner), had retired to the Sarasota area and regularly ran shows for The Asolo. We met Frank and I asked him if he had a project that we could help him achieve. He immediately said “yes, I’m working on a musical adaptation of James Agee’s ‘A Death in the Family’. Then he told me the working title was KNOXVILLE and we invited him to apply for a grant to develop and produce the project.

WBIR: What do you think of their subject choice and production?

I know that Frank Galati has a deep respect for literature. Literary performance is what I studied with him at NU and in the early 80’s he adapted a stage production with The Steppenwolf Theater in Chicago of Steinbeck’s “The Grapes of Wrath” which later moved to Broadway. It was one of the most memorable productions I have ever seen. So if Frank adapts “A Death in the Family”, it will be memorable. It happens to be set in Knoxville, which makes it even more interesting for us Knoxvillians.

WBIR: You seem to focus mostly on content rather than bricks and mortar? Is that correct or are you interested in helping a band with construction plans, for example?

Cockrum: I have made personal donations for fundraising and operating expenses of non-profit organizations, but the mission of the Roy Cockrum Foundation:

“…is to provide grants to support world-class performing arts projects in professional, non-profit theaters across the United States of America.”

We are dedicated exclusively to supporting the production of projects that non-profits could not normally afford.

WBIR: You have a reputation for essentially fulfilling the dreams of theater companies. But I wonder if you have a wish list yourself – or a big dream not yet realized?

Cockrum: Helping make other people’s dreams come true is more than I could have ever hoped to accomplish. It’s a dream come true for me.

WBIR: Finally, the people of East Tennessee would obviously like to see “Knoxville.” Is there any chance it could be staged here, are you considering this, is this something you want to see happen?

Cockrum: As the artistic team is highly regarded (see “Ragtime”), there is a lot of commercial interest in the project. If he moves, the next stop will be Broadway. I’m sure Knoxville, TN will be very high on the list to play for any tour following a Broadway opening.

2022-04-21
Previous Post: Musical fundraiser in the forests of Laois for cancer care and Tidy Towns
Next Post: The Queen’s Theater Hornchurch announces the cast of their upcoming musical THE SECRET DIARY OF ADRIAN MOLE AGED 13 ¾