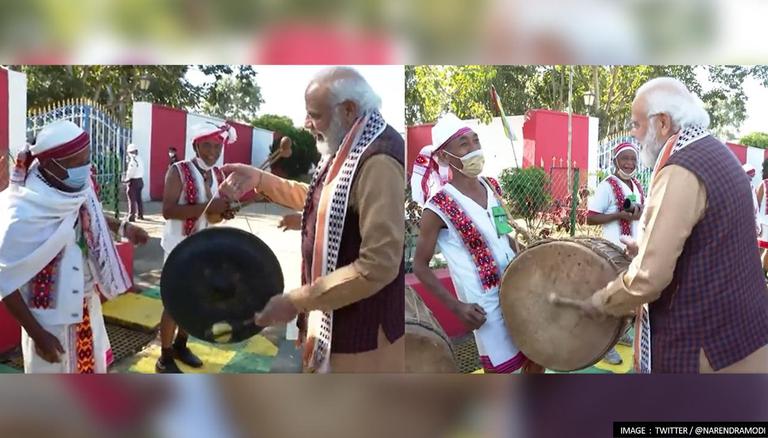 Ahead of the Manipur Assembly elections this year, Prime Minister Narendra Modi visited the North East state. On Tuesday, he inaugurated and laid the foundation stone for the development projects of the Imphal de Manipur. He highlighted the development work carried out by the Bhartiya Janta Party (BJP) government in the state.

On Tuesday, Prime Minister Modi used his verified Twitter ID and shared a video of himself from his visit to Manipur. In the video, the locals can be seen warmly welcoming PM Modi while playing the dhol and other musical instruments. PM Modi can also be seen playing traditional musical instruments with them. As for the caption, he wrote: “Memorable moments from Manipur! Look… “

“Previous governments have worked with the ‘Don’t look East’ strategy. We have however decided to work on the ‘Act East’ policy. We are working on the immense possibilities in the tourism sector and natural resources that this region has. You have to remember that some people want to destabilize Manipur again to get power. These people hope that when they get the chance and when they play the game of turmoil. the people of Manipur recognized it. Earlier people wanted to come to the northeast, but they used to not think about how to get there. This caused a lot of damage to the tourism sector here. But now it is becoming easier to reach not only the cities of the northeast, but also the villages, ”added the Prime Minister.

In addition, speaking to the local population, Prime Minister Modi stressed that Manipur has moved from a state of blockade to a route to international trade. He added that the state government has launched the “Go-To-Hills” and “Go-To-Village” initiatives to bridge the gap between hills and valleys. He also said that the northeast is also the hub for the Oil-Palm mission, worth Rs 11,000 crore. Work is continuing at full speed in Manipur. The government also provides financial support for the creation of industries. While mentioning that he knew that Manipur would become a major source of development in India, Prime Minister Modi thanked the people of Manipur for forming a “stable government”.