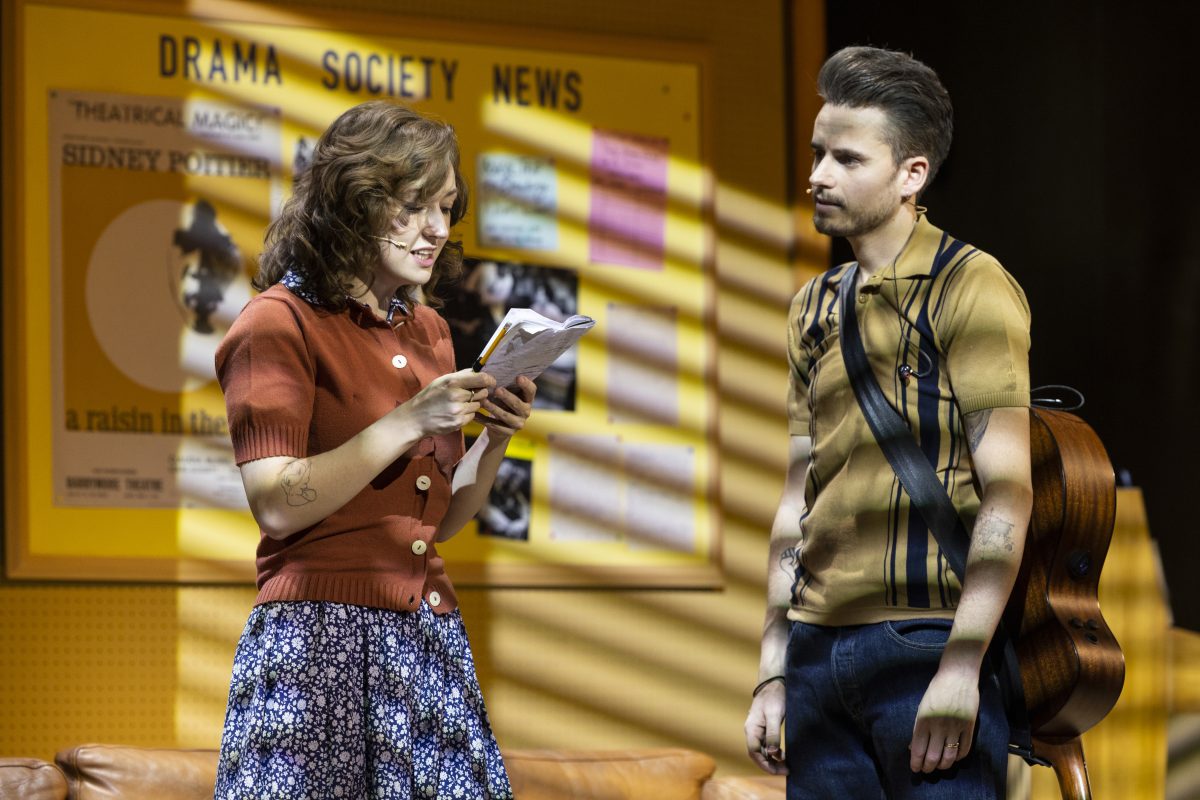 The main house at MALVERN was buzzing with anticipation last night as the packed house awaited the kick off for the world premiere of the revival and re-imagining of ‘Beautiful’ from the musical Carole King.

The original show received mixed reactions, but was generally favorable when it opened on Broadway in 2013.

However, I predict this new version of Leicester’s exciting ‘Curve’ production theater – will be taller and run with stronger legs this time around.

The action starts the minute you enter the auditorium. The back of the stage is divided into a control room and a drum cabin where the action is already happening. In front of them, actors and musicians agree, interpret riffs and discuss.

The stage is devoid of any curtain in front, behind and above. Above, rows of lights stare down like inquisitive eyes. I have never seen Malvern so alive and so huge.

The state of lighting changes and suddenly a grand piano is discovered, caught in an inverted pyramid of light from a place high in the Gods.

Everyone and everything else went like a sleight of hand and now we’re in a giant concert hall circa 1971 where Carole King is introduced and we burst into spontaneous applause as she sings the opening bars of “So Far Away”.

While we still applaud, the grand piano moves away and is replaced by a small upright piano in the 1958 house where 15-year-old Carole writes and sings, encouraged by her mother.

In the blink of an eye, we are once again transported to Queens College in New York where she meets her husband, Gerry Goffin.

Carole is a mother at 16 and, with her husband, becomes a sought-after songwriter at 17 and here we are just a few minutes away – so fast everything is moving. Musically, from Oh Carol to Natural Woman, the hits just keep coming, after all she wrote and co-wrote over 120 of them – for a multitude of bands and solo artists until she found herself. point out.

“Beautiful” is limited to the first years of her life, until a few years after her divorce from Goffin and her solo career as a performer announces the next stage of her life.

Molly-Grace Cutler is nothing short of sensational as Carole King, brimming with charisma, believability and vulnerability.

There are no passengers in this multi-talented cast – they all play a variety of instruments and multi-roll as pop bands, solo artists, recording technicians and a myriad of others while moving the decor to start.

Douglas McGrath wrote a book with a huge voice that begs to be heard and Nikolai Foster directed it with extraordinary passion and originality. Frankie Bradshaw’s stripped-down, ever-moving set is a triumph, as is Ben Cracknell’s lighting design.

Congratulations to the Royal Bath and Mayflower Theaters on this tour of the production of Curve and to the Malvern Theaters for another fabulous opening. This ‘Belle’ is beautiful in both name and practice.

Quite simply, a joyful spectacle that’s destined to become a classic this time around – catch it if you can get a Malvern ticket or if you’re unlucky, Birmingham Hippodrome in September awaits, when ‘He will return to the Midlands on his national visit.

Beautiful – The Carole King Musical runs at Malvern Theaters through Saturday May 7. Click here for timetables, tickets and more information.