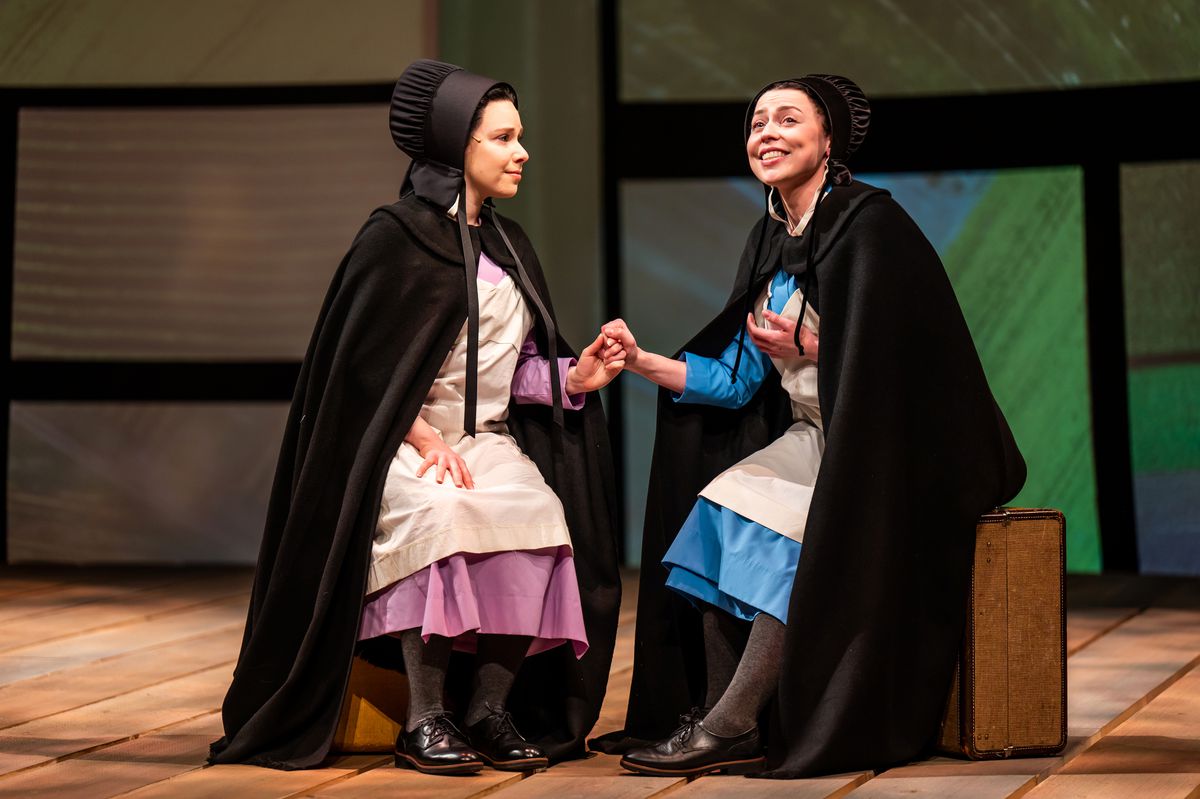 Review: Grow, Colleen and Akiva’s new musical about Amish twins and the cannabis business could be the next Come From Away

Keep up to date with the Nestruck on Theater weekly newsletter. Register today.

The cannabis business may be mostly a meltdown for Canadian stock investors, but a new marijuana-themed musical that opened at the Grand Theater in London, Ont., last week and is aiming for a broadcast. seems to me to potentially offer excellent returns. for those who support him.

Growan utterly original show about a pair of Amish sisters who dabble in the legalized pot industry and its mirror black market, is good things. It’s fresh and funny with enough beautiful ballads and haunting anthems from the rising songwriting team known as Colleen and Akiva to give audiences the heartwarming fuzzes.

First of all, I must point out that Grow is not a stoner comedy – a niche genre that, for someone like me who can’t tell his cues from his sativa, still feels tense.

Writer Matt Murray, composer Colleen Dauncey and lyricist Akiva Romer-Segal work well within the traditional framework of the musical with this fish out of water tale.

Hannah (Arinea Hermans) and Ruth (Jenny Weisz) are 19-year-old Amish twins – and, in a rite of passage known as rumspringa, they are allowed to leave their isolated community in rural Ontario and experience the modern world before choosing to be baptized and stay for good.

Hannah, who has a suitor named Samuel (Izad Etemadi) very eager to get married and start a family, surprises her father by deciding to take the opportunity to go to Toronto and visit his estranged uncle.

In accordance with her late mother’s wishes, however, she can only do so if she brings along Ruth (Jenny Weisz), a funny duck and an excellent gardener who sings for the flowers and is only reluctantly convinced to accompany his sister.

Ruth’s fear is justified the moment the twins arrive in Toronto, when they are unable to locate their uncle.

Near the intended address, Hannah and Ruth instead encounter a rather scuzzy pot dealer named Skor (Adam Sanders) who has recently fallen on hard financial times.

When Skor learns of Ruth’s prowess with plants, he offers the sisters a place to live and entices them to work in his basement with a spiel about the medicinal properties of marijuana and a screed about family farms crushed by commercial farming. . He omits one important fact, however: the legalization of marijuana they’ve heard about doesn’t apply to his business.

If the premise seems over the top, it all makes sense within the musical’s internal logic. There’s plenty of theatrical story informing the show from the classic storylines involving naive small-town twins you’ll find in Plautus or Shakespeare to more contemporary satirical fare like Trey Parker and Matt Stone. The Book of Mormon.

You might detect head nods at Little Shop of Horrors and Candid too – but, unlike Dauncey and Romer-Segal’s earlier musical, The stronger they getthis one never seems derived or done-before.

Which makes Grow so delightfully are its surprises, like the unlikely relationship between Ruth and Skor that blossoms in a charming first-act song titled Grow and delves into a second-act scorcher called The one I choose. These two emerge from their character cocoons to become swoon-worthy romantic leads with the help of Weisz and Sanders’ smooth and eerie performances.

And yet, Grow‘s, in a different way from the Amish, know that we live in a Bad world now – and so they’re smart never to let the sisters’ relationship get too blurry as Hannah gets involved in her own stupid shenanigans.

It’s always difficult to portray a religious community in a comedy – but I found playwright Murray and lyricist Romer-Segal to hit the right level of irreverence.

Indeed, Samuel, Hannah’s suitor who never strays from his religions and way of life, embarks on one of the best journeys in the series, from ridiculous to adorable. Etemadi’s jaw-dropping performance culminates with a song about the Amish “never taking the easy way out” which is one of the series’ hilarious highlights.

GrowUrban makers have a harder time figuring out how to portray Toronto on stage, actually. The traditional musical requires a chorus of villagers or city dwellers, but where does this sense of community come from in a multicultural city that is a mosaic? What is the sound of Toronto?

Anyway, that’s not the song Disorders which currently establishes the location. Director Dennis Garhnum’s production relies on Jamie Nesbitt’s projections of Toronto’s shops and landmarks to set the scene, but he doesn’t seem to have figured out what exactly the open stage is supposed to represent at this time – a park, a town square, an alley? Designer Bretta Gerecke’s costumes also seem indecisive – and Murray’s writing briefly betrays its pantomime roots in its hazy portrayal of Skor’s clients.

And yet, this season, I saw a number of new musicals on commercial stages in Toronto and on Broadway that had much bigger issues. On the other hand, Growwhich saw its budget at the non-profit organization Grand increased by $450,000 raised by Come from afar producer Michael Rubinoff, looks set to go public with just a minimum of polish.

Register for The Globe Arts & Lifestyle Newsletters for more news, features and advice delivered to your inbox.