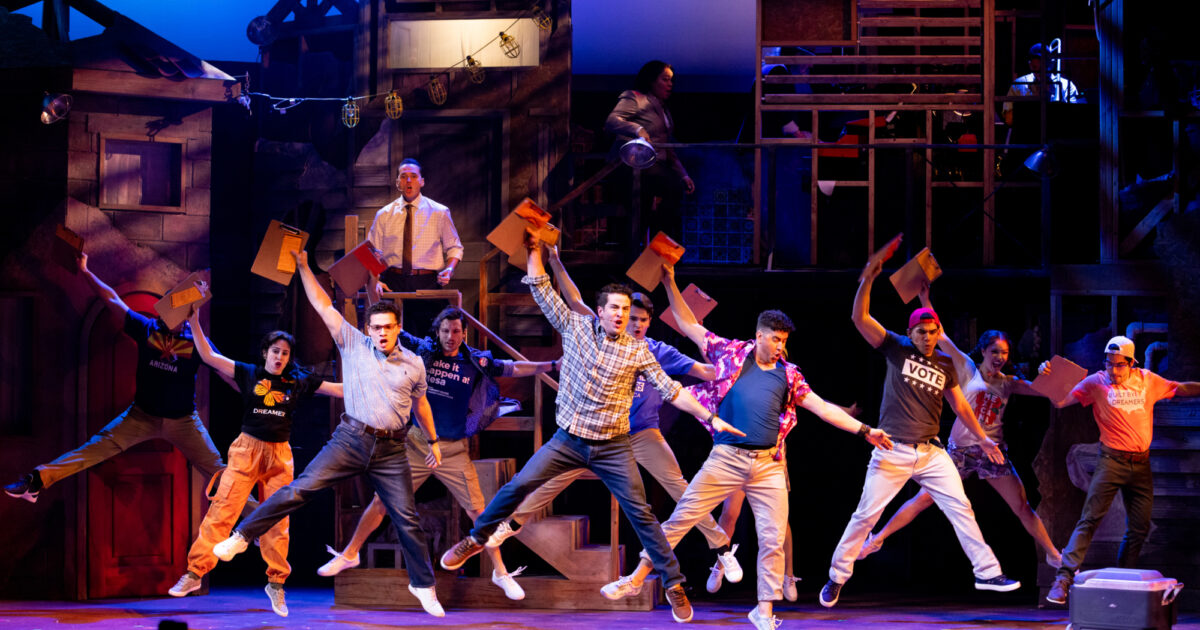 Reviews: What did critics think of the DREAMer-inspired off-Broadway musical ¡Americano!?

Reviews: What Critics Think of the DREAMer-Inspired Off-Broadway Musical ¡American!?

Sean Ewing leads the cast of the musical, based on the life of Tony Valdovinos, at New World Stages.

After a record-breaking 2020 run at Arizona’s Phoenix Theater Company, ¡American!—the new musical based on the life of DREAMer Tony Valdovinos – officially debuted on Off-Broadway’s New World stages on May 1 following previews that began March 31. The limited broadcast is scheduled until June 19.

Read reviews from critics below:

Playbill will continue to update this list as reviews are submitted.

The new musical explores the life of Valdovinos, who was brought to America by his parents when he was two years old. Inspired by 9/11 on his 18th birthday, Valdovinos walked into a Marine Corps recruiting office to enlist, only to find his parents hadn’t told him he was an undocumented immigrant.

Producer Jason Rose said in an earlier statement, “Tony Valdovinos may not yet be an American citizen, but he is a true American hero. Tony’s passion for making America better is inspiring at a time when the tribalism continues to grab headlines, and our amazing creative team ensured that Tony’s story sings, dances and inspires with an optimism that reflects Tony’s spirit.

The musical is co-produced by Sayu Bhojwani, David Tedesco, Lynn Londen, George Weisz and Keith Mishkin. Ryan Duncan-Ayala, Donna Trinkoff, Amas Musical Theater and Sarah Bentley are associate producers with general management by Visceral Entertainment, production management by Tinc Productions, and publicity and marketing by The Pekoe Group. Chris Zaccardi is the production manager with a cast of Michael Cassara.

¡American! was developed and is presented by Rose’s Quixote Productions in association with Chicanos Por La Causa.

Celebrate ¡Americano! on the stages of the new world

2022-05-13
Previous Post: Global TV Event “A Musical Celebration” is coming to the Mansion Theater For The Performing Arts in Branson, Missouri
Next Post: Alaska Thunderfuck’s ‘DRAG: The Musical (The Studio Recording)’ IS OUT NOW