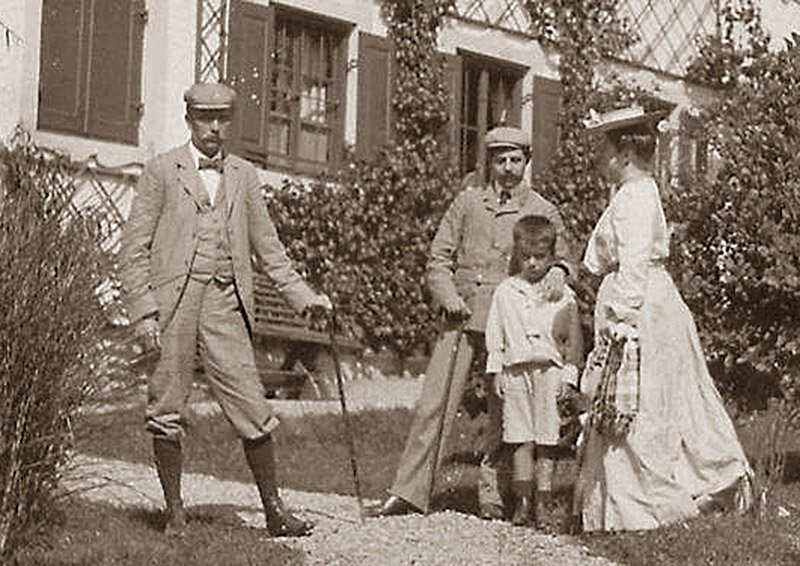 Several listeners, upon suddenly discovering from a program insert that soprano Lise Davidsen had canceled her appearance in Richard Strauss’ beloved Four Last Songs, did grimacing double takes. Rather than banishing the shadow cast by cancellation, the substitution of a Symphonic Fantasy on die Frau ohne Schatten seemed to replace a dark Doppelganger rather on Thursday evening at Symphony Hall.

But who can complain when a great orchestra and an inspiring conductor fearlessly surf on a Straussian wave that continues to peak throughout the evening? Not even this writer, who showed himself hostile to the composer’s propensity to erect domestic banality into volumes of heroic poems. Do we care if Strauss can musically illustrate brushing your teeth or taking a bath? We generally prefer to hear absolute concert music that takes us completely out of time and space… and avoids easy programmatic pranks.

Of course, no one can deny the joy we get from the lighter, happier pranks of an infamous gadfly. long title by Strauss, Till Eulenspiegel’s Merry Pranks after the old rogue’s tale, set in the roundel for large orchestra, op. 28, actually describes a work that has the merit of brevity and concentrated good humor. His 15 minutes pass with smiles and joy, until of course the death knell tolls and Till’s neck snaps. Who needs a music appreciation lecture to get that picture? The large orchestra made a lot of good noises in the round of themes, in particular this noble but parodic version of the Academic Festival Overture. Of course, the horn and the clarinet crossed their liquid mockery, and the strings shimmered in Straussian tremolos in the heights, but do the triangle (always magic with Strauss) and the ratchet also need legends? Considering himself misused by the notables of Bavarian music, here he thumbed his nose elegantly ironically with a narcissistic and shiny self-referential veneer. Strauss had tried death and transfiguration, in deeper works, but never so pleasantly as here. Nelsons ensured that no detail went unpunished even as he encouraged each sectional and individual solo to flourish. Would Till himself have crossed any other Strauss? He was not known for Sitzfleisch.

And what about the public of BSO? Are we useful co-conspirators with Nelsons, the BSO and the Leipzig Gewandhaus in the forthcoming Strauss set of seven DG CDs or the symphonic poems? Apparently yes, because on Thursday night, the game had certainly reached studio standards.

After the brilliance of Till’s adventures, Strauss’ late 20-minute symphonic fantasy on Die Frau Ohne Schatten, (The Shadowless Woman) certainly cast one. Hardly a typical operatic medley filled with arias and montages, it instead functioned as a useful salvage for a mostly written composer and his starving editor. Since the opera’s themes were (and are) unknown to most, it did not feel then (and does not feel now) stale, despite its rather generic Strauss status. Shimmering strings, chirping winds and big climaxes provided sound and fury signifying foam, but what luscious ocean foam. After the opening bass breath (no organ cue, unfortunately), a sweet beauty ensues, as harps and percussion, winds and strings vie for pleasurable sensations in the noodles of the higher orders. Plenty of self-loving notes appear on this stunning canvas, which travels from one undeserved pathos to the next, all the way to the gloriously bittersweet pianissimo swoon. One could not imagine (nor should one attempt) a better designed and more artfully executed crossing. Again, it’s ready for the box.

The luxurious rating of Domestic Symphony stands as a kind of coda for the symphonic poem, coming as it did at the end of Strauss’ production of 9 in 17, thought he was back in shape 13 years later with his Alpine Symphony. Another overly long (at 45 minutes) example of Strauss’ autohero cult, it began life in 1902 as a “Family Scherzo with Double Fugue on Three Themes.”

The beginning of the poetic description of the composer became Wikiquote:

My wife, my child, my music
Nature and sun, they are my joy
A bit of calm and a lot of humor
There even the devil can teach me nothing!

Annotator Bryan Gilliam conveniently laid out the themes for us:

So at first, let’s imagine the weary oboe pretending to be Dad coming home (Strauss’ own father played horn) into the arms of the clarinet and string family… but then we gave up following the bouncing ball of the bedroom and living room images, especially since Strauss himself withdrew the descriptions during a fairly brief abundance of warnings against vanity.

And yes, with Nelsons brilliantly outlining every character and episode, the BSO played him for all he was worth, and probably more, immersing us in the purifying bucolic warmth of orchestral bath salts.

Lee Eiseman is the editor of the Spy