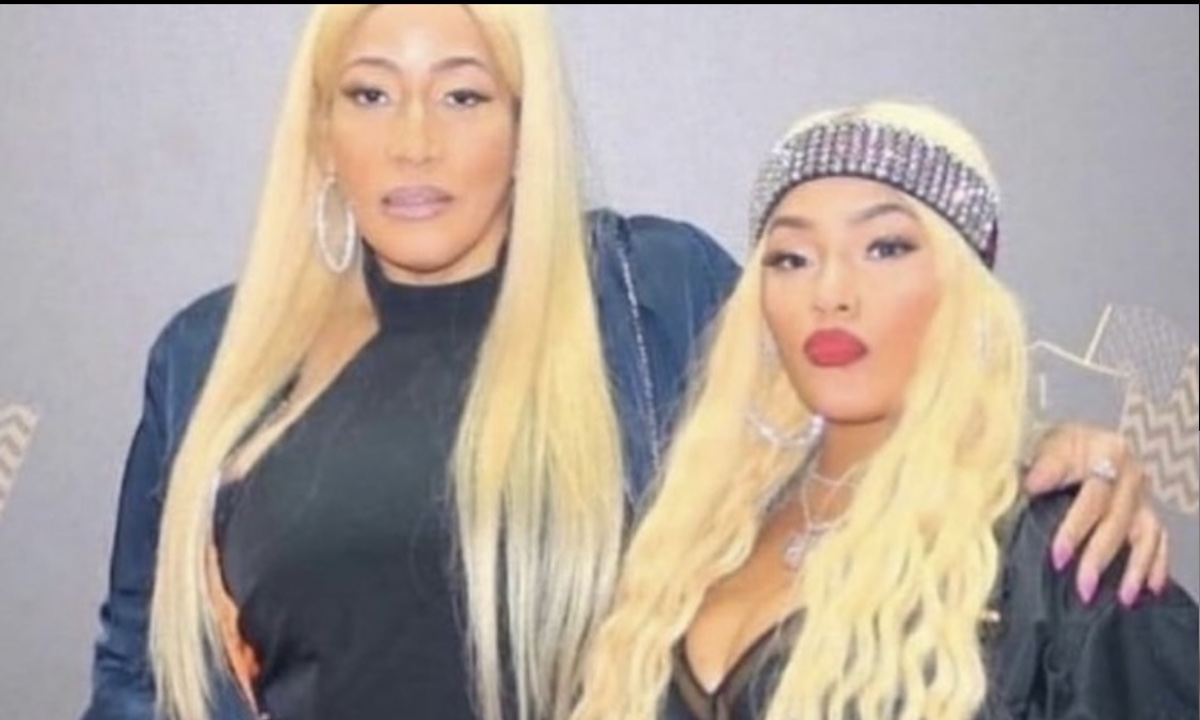 Stefflon Don’s mother, Mumma London, talks about her musical beginnings and her childhood in Jamaica

Affectionately known as Mumma London, she goes by her real name Mariah London and has released three titles to date.

In a recent interview with Amel Rachedi on ‘Brunch with Amel’, Ms London, who is based in England, talks about the musical influences in her family that gave birth to international superstar Stefflon Don, a son who is an artist and now her is to be led on a similar path.

“My father had a club and a restaurant. So growing up, I always heard music in Jamaica. Everywhere you turn. There was music. There was a lot, a lot going on. It’s everyday music, music. Wow. But the problem, when all these things were going on, was just the love of music, but you didn’t know where that would take you, but you just know you love music, all different types of music,” she said. said.

Ms London says she grew up in Jamaica and then moved to the United States for her studies. His children, who have strong ties to Jamaica and even retain their native patois, grew up in the Netherlands, where Stefflon showed an affinity for rapping before the family moved to England.

“In the years when the kids were growing up, we were just [about] music. I was spending money on CDs. I always had a heavy music set at that time. So I’m always on my house music channels and you know, my kids were always listening to different kinds of music. So I didn’t know. I was preparing everything, you know, it’s like preparing yeah. For that day or do you know what I mean? she says.

Asked about her daughter Stefflon’s first introduction to music, her mother surprisingly says it was a non-English speaking country where she made her first recording.

“Holland was quite good. Yeah. From there, Steph really started making his music. She made her first recording in Rotterdam. She made her first recording when she was about eight, nine, something like that. She was also really good back then and she was still into that music, you know, because she was learning how to do piano lessons, and she was still rapping.

The mother of eight, two of whom, Stefflon Don and Dutch are artists, says the family’s financial struggles when they moved to England were many, but despite it all she is proud of her children’s ambitions.

“I’m really, really proud of my kids. I’m really happy because each of my children is trying to do something with their lives, even the youngest because they are go-getters. Yeah. So I’m happy,” she said.

Asked about her own musical journey, surprisingly, Mumma London reveals that she is a gospel reggae artist.

“Well because I’ve been in the church for so long like and I always put God first in everything I do I believe in always saying that and I know people go through a lot , including myself, everyone goes through certain things. And I see my music as a source of motivation”, she confides to Amel Rachedi.

Mariah London’s first song, “Your Time Has Come” (reggae mix), was released at the end of March and is now available on YouTube. The song is a motivational anthem that she wants fans around the world to hear.

“I just want everyone to listen to my music. I want the world to hear my music, you know? And because it’s uplifting and, and I think, you know, every piece of music has some kind of category in your catalog. You might enjoy different music, but there is a time for everything. You know what I mean? Yeah. And I think my music is like that, you know, where you can just sit and listen to it and, you know, be encouraged.

As for her biggest wish when it comes to music, Mumma London wants artists to be united and work together.

“I would like everyone to be able to unite and work together”, she said to Amel’s question, “You have [your] children already in the music industry. What do you think is the one thing you would change about the music industry? »

2022-04-27
Previous Post: “The Band’s Visit”: An unpretentious musical with a powerful message
Next Post: Relix Presents: Musical Conversation Series: May 2-4, 2022