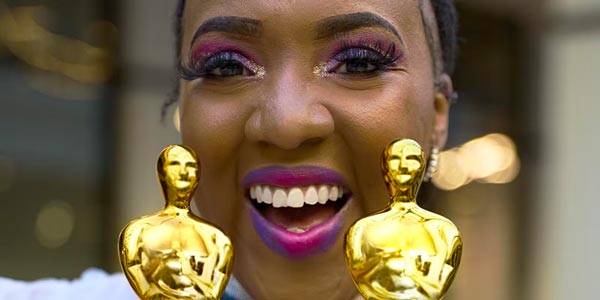 (NEWARK, NJ) — TaNisha Fordham Productions in association with the City of Newark, announces the world premiere of TaNisha Fordham’s new musical Free Snatch Yo’written, directed, musically produced, produced by and starring this year’s American Express Directing Fellow, director of the Broadway Theater Coalition and current Associate Director of the 5-time Tony Award Winning Broadway Musical Company, TaNisha Fordham. As the City of Newark NJ’s second annual Theater in the Park event, this year’s musical production is free, open to the public, and continues to create access and a bridge to Broadway-level productions right in the heart of Newark. Performances are July 22-29, August 5-12, 2022 at Mulberry Commons Park in front of the Prudential Center.

This is a hip-hop musical for all ages: conveyed through freedom of movement, the art of spoken word, musical performance, group dancing, rapping, call and response /interactive theater, hip-hop, synchronized movement, live visual art and gaming (yes real games) “THE EGOT” calls the audience inviting them to live and be part of a journey that does not will not soon be forgotten.

Inspired by the ideas of freedom, destiny, community and joy, Fordham curated a written amalgamation of his story. Identity, faith, hope, love, race, the pervasive and inevitable nature of obstacles, overcoming despair, overcoming self-doubt, and community are some of the themes explored throughout the room.

“TaNisha Fordham the EGOT” the poetic narrative (novel), from which the new musical was adapted, was released on June 12, 2022, Tony Night, and ushers in the musical production that encourages audiences to, “Free Snatch Yo’.” Tony Night, was a very fitting release date as the book and musical is, “The saga of one girl’s epic journey to Snatch Her Free.”

Fordham, who currently serves as associate director on the Broadway revival of Company, was recently inspired by the theme of freedom, true freedom, expecting validation from others. Even as associate director of the team, I often feel uneasy; It’s nobody’s fault, really. Nobody “does” anything, in particular. I don’t necessarily have war stories about a great injustice done to me. In fact, I was first selected as a member of the management of the Black Theater Coalition (BTC) for the rehearsal process of Company. But then the producer and director decided to keep me; they saw me. They recognized me and validated that I was contributing to this space. Still, I feel most of the time the way I’ve felt most of my life: I’m just not in good shape. »

Ta Nisha Fordham’s Free Snatch Yo’ is a shameless celebration of who we already are, no matter what we will become. Also Free Snatch Yo’ asks the hard questions: why do some people and communities not have access to opportunity/recognition? Will we wait for recognition and access to stand up and be counted? Let Fordham answer, the answer is, “No. We will not wait. In fact, this free, open-to-the-public theatrical event, founded by Fordham in 2021, is an example of communities creating opportunities and bridges where there might otherwise be walls and ceilings. Although Newark is directly on the border with New York, the city and many of its experiences and opportunities may be inaccessible to some Newark residents. The increase in the cost of travel, the time required to travel, access to information about experiences and opportunities all constitute a kind of “barrier to entry”. This event (and its production) centers community, access, opportunity and hope.

The production, written in rhyme (like the novel) with hip-hop, funk, soul, traditional musical theater, gospel, neo-soul and nods to the spoken word, celebrates community , not just as a theme of the production, but also in how the team was meticulously curated with love and care. Phaedra Foreman, the artistic assistant, is a high school senior who has been Fordham’s apprentice for the past four years and has assisted Fordham with film and theater productions across the country. Rescue Poetix, the production manager, is the current Poet Laureate of Jersey City, NJ and an impeccably committed artist and community activist. The Lab Sisterz is a Newark, NJ based dance group that has several viral videos on social media platforms; this group is a group of young women ranging in age from 16 with the oldest member and CEO, Zaneyah, being 22. Fordham was committed to the idea that the ideals represented in this musical should be visible in the makeup of the cast and creative team; we are enough. We have everything it takes to make a difference. If there are no opportunities available, we make them.

“It’s not just a story. It’s a lesson. And, maybe… Just maybe… Some kind of blessing. It’s a story, a saga, you know. a little girl ripping it off for free! She’s not bound by any rules. Not conforming; that’s the key! But instead, she was just determined to be who she was. And, she’s like.. .. you. She is! Can’t you see? Can’t you see? Can’t you see what you’re meant to be? Free! That’s the point. It’s incredibly liberating. It should fill you with joy! It’s what it is, what it is, what it is… You were molded and trained to be free Emmys and Grammys and Oscars and such – They’re good. They’re great. They have a nice touch. Awards and titles and money and glory, They have their place. But, keep that in the frame: you’re great. And, you’re good. You’re enough in every hood. And if someone isn’t okay, well… That someone can go straight to — It’s not just a story. Now do you see? This is an edit. This is a decree. The time has come, it has to be. Go now; Free Snatch Yo’.” 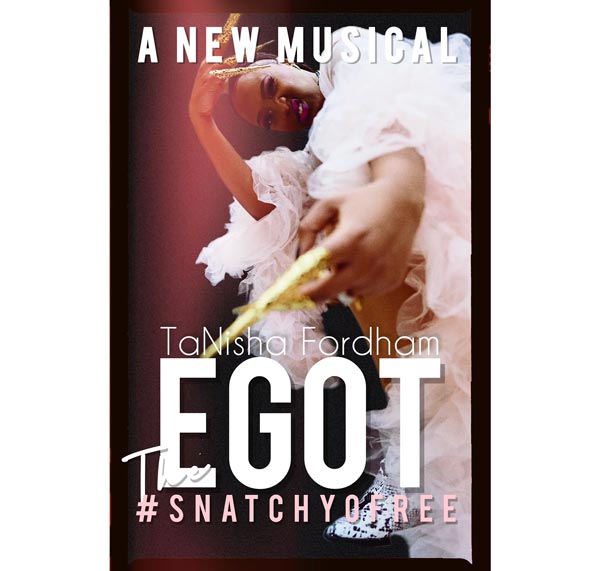 “TaNisha Fordham the EGOT” will be available June 12, 2022 on Amazon and Barnes and Nobles. The poetic narrative (novel) is appraised in an accessible manner in the hope that finance will not be a barrier to inspiration and in the hope that Fordham knows the novel will perceive. TaNisha Fordham the EGOT, the New Musical will have its world premiere July 22-29, August 5-12, 2022 at Mulberry Commons Park outside the Prudential Center in Newark NJ. The Theater in the Park event is free, open to the public, and an event for the whole family – you can even bring your furry friends. Seating will be available on a first-come, first-served basis, but attendees are encouraged to bring their favorite chair or blanket. Vendors will be available on site; Fordham will do a book signing immediately after production. “TaNisha Fordham the EGOT” will also be available on site.

2022-06-24
Previous Post: An evening of musical miracles in St. Paul’s Cathedral, plus the best of June’s classical concerts
Next Post: Entertainment at the fair goes beyond the Carousel