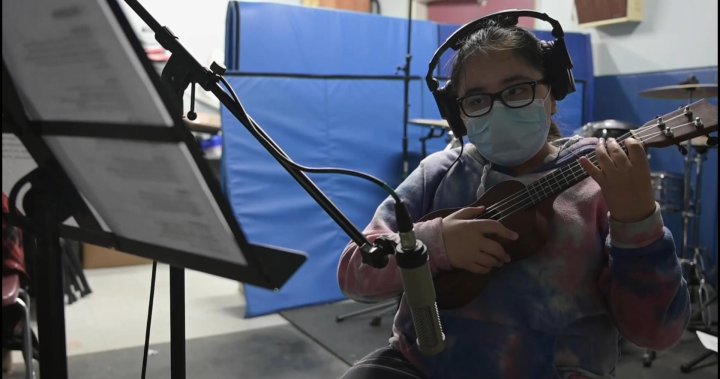 Indigenous children from northern Saskatchewan communities once again brought their musical minds together.

As part of the non-profit Community Arts Mentorship Program (CAMP), kids in grades 3 to 7 released a new music video and song.

1:49
Indigenous singers make their mark in the music world

Indigenous singers make their mark in the music world

The song is called Not along and features students from the Lac La Ronge Indian Band at Keethanow Elementary School in Stanley Mission, Saskatchewan, in addition to students from Senator Myles Venne School in La Ronge.

The program is a way for Aboriginal youth to be a part of these types of projects and explore their creative side in music.

CAMP President Eliza Doyle told Global News that the program is set up to give all indigenous youth the chance to get involved in music.

The first video they made featured students in grades 10 to 12.

“With remote and underserved communities, our goal is to engage these communities in opportunities where they might not otherwise be included,” said Doyle. “And see themselves represented in a larger picture. “