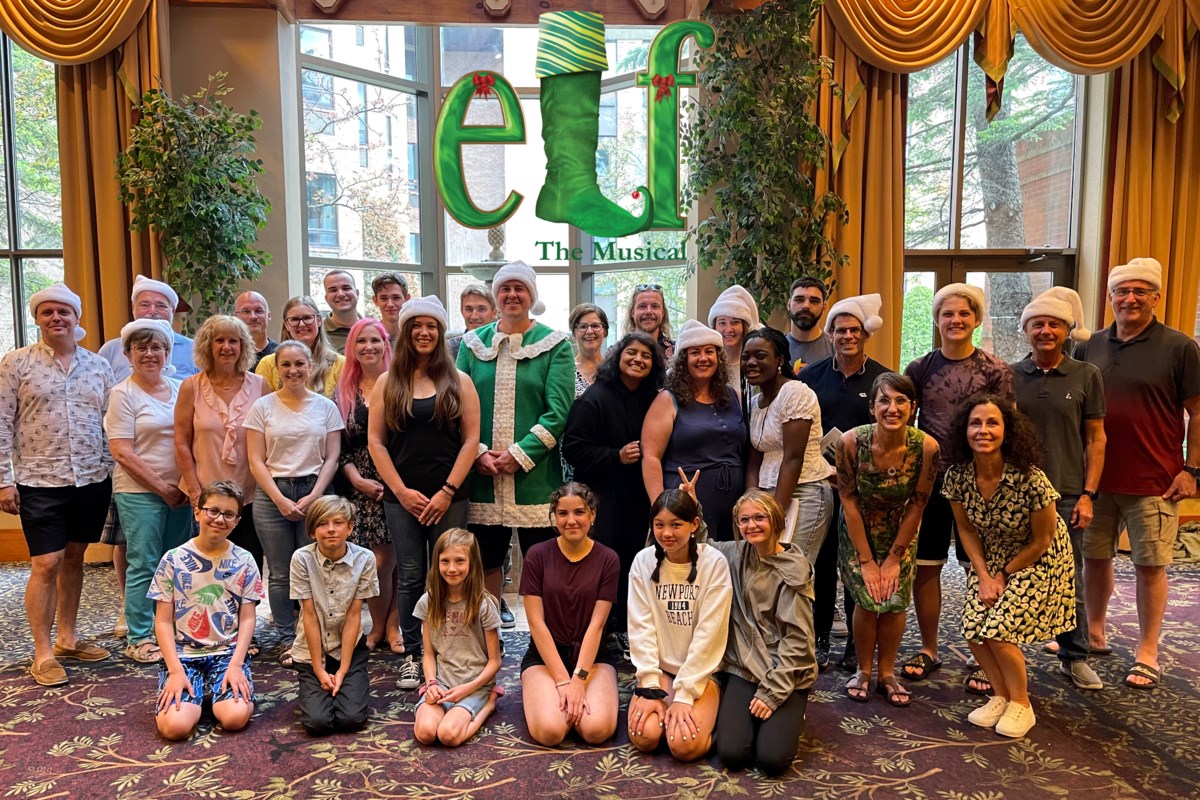 The cast announced for the next production “Elf the Musical”

Casting has been announced for West End Theater Project’s production of Elf the Musicala local version of the Christmas favourite.

The show will star John Belanger as Buddy, Marisa Valois as Jovie and Stephen Patterson as Walter Hobbs, according to a press release issued by the West End Theater Project.

Other cast members are listed in the full press release below:

West End Theater Project announces the cast line-up for the upcoming production of ‘Elf The Musical’, the final show of the 2022 season.

The company will be led by John Bélanger as Buddy, Marisa Valois as Jovie, Stephen Patterson as Walter Hobbs, Sarah St. Amour as Emily Hobbs, and Ethan Heimonen as Michael Hobbs. Sarah Skagen will star as Deb alongside Robb Fisher as Santa and Bernie Stuetz as the store manager.

Lucas Beaver will direct the production with Rony Dal Cin as musical director and Nancy Kinney as vocal director in addition to Jeanine Jefferson as assistant director and Lauren Kinney as assistant choreographer. The management team will be led by Kristine Thomas alongside Betty Currie, Trudy DeGraw and Regan Currie. Valerie Pluss will produce for West End Theater Project.

A world-famous title, “Elf The Musical” is a must-have holiday musical that can easily become an annual tradition for any theater. Based on New Line Cinema’s 2003 hit, “Elf” features songs from Tony Award nominees Matthew Sklar (“The Wedding Singer”) and Chad Beguelin (“Disney’s Aladdin” on Broadway), along with a book of award winners. Tony Awards, Thomas Meehan (“Annie”, “The Producers”, “Hairspray”) and Bob Martin (“The Drowsy Chaperone”).

Tickets for “Elf The Musical” are available in person and online at Sault Community Theater Center Box Office. Subscribe to the mailing list for special information on promo codes and ticket sales. Use promo code ‘buddy’ to get 20% off adult, student and senior tickets. The offer is valid until June 30, 2022.

West End Theater Project would like to give special thanks to 2022 season sponsor Pharmasave and additional sponsors S&K Group, Inc and Lillie Financial.