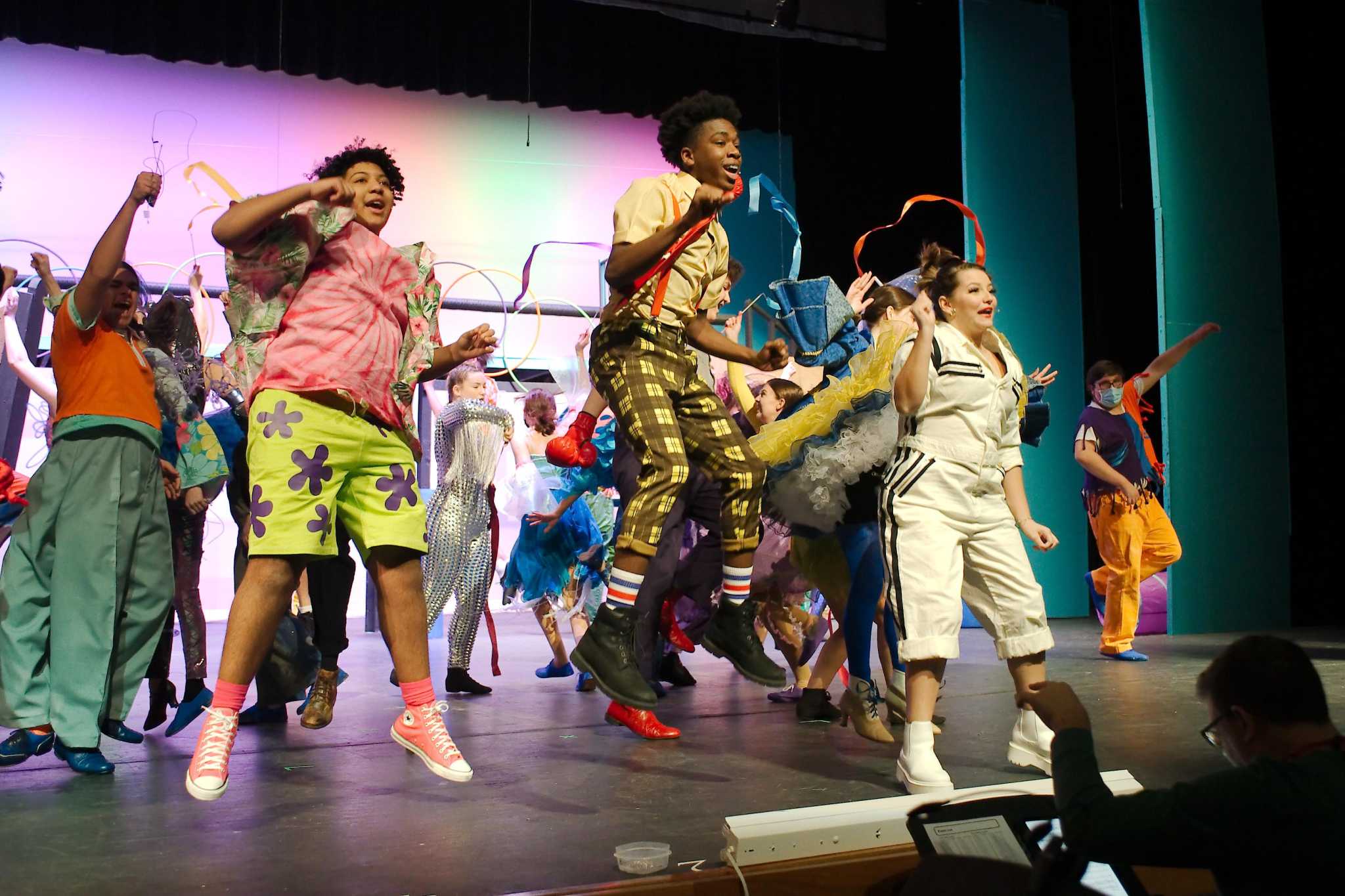 The musical ‘SpongeBob’ on stage at two Bay Area schools

Musical productions centered on the world’s most famous sponge are coming to two schools in Bay Are.

The 2017 award-winning Broadway musical is based on Nickelodeon TV’s hit animated comedy “SpongeBob SquarePants,” a wacky look at life under the sea created by marine science educator Stephen Hillenberg.

“It’s incredibly fun and family-friendly,” said FHS Theater Manager Kathy Powdrell. “It’s also a witty allegory that children will enjoy, and adults will be able to read between the lines and extract even more of the musical’s message.”

“The SpongeBob Musical” will be performing at two Bay Area schools from January 28 through February 5.

Admission: $15; Tickets can be purchased the day of the show at the door in cash or through Friendswood Performing Arts Etix, at https://bityl.co/AfJP.

In Clear Springs, the show is full of energy, Stonebarger said, noting that its star, Ryan Hoxie, is a former basketball player.

“Luckily our Spongebob is in great shape,” he said. “This guy is built like a gymnast.”

The show’s narrator, who says “Ah, the sea…”, is Ayden Moreno.

Foley Fish is played by Mahlijah Harry and Miray Tadres.

In collaboration with Stonebarger, the show’s director, assistant director and choreographer Rozie Curtis and producer/music director Rob Phillips, who also designed and edited the programme.

Ethan Martin is the stage manager, assisted by Alyssa Blanco and Cole Prouty.

The business manager is Jada Rodrigues; the dance captain is Baileigh Martin.

Sound design is by Dylan Patman, with costumes designed by Rozie Curtis and Sonia Martin.

Trent Martin and Bryan Byerman built the set, along with students in technical theater classes.

“We are interrupting this program…”

Fans can also catch a performance of “The SpongeBob Musical” at Friendswood High School, where second Jimmy Perry leads the cast as SpongeBob SquarePants.

“The tech team is hard at work creating the underwater world of Bikini Bottom,” Powdrell said.

Student members of the team include Coy White as head of set construction and James Nelsoto as sound engineer, and Nathan Turnbaugh is lightweight crew chief, assisted by junior Jason Enochs.

The head of the costume team is Maddie Schatzke.

The screenings are directed by senior Max Bischoff.

The pit band is led by sound artists Andrew Krebs and Taylor Wiederhold, who perform a variety of sound effects.

“The show examines and critiques modern-era politics and features an eclectic score of music, each song composed by a different musical artist, with the aim of recreating the type of musical mishmash that was exhibited by the television series original,” Poudrell said.