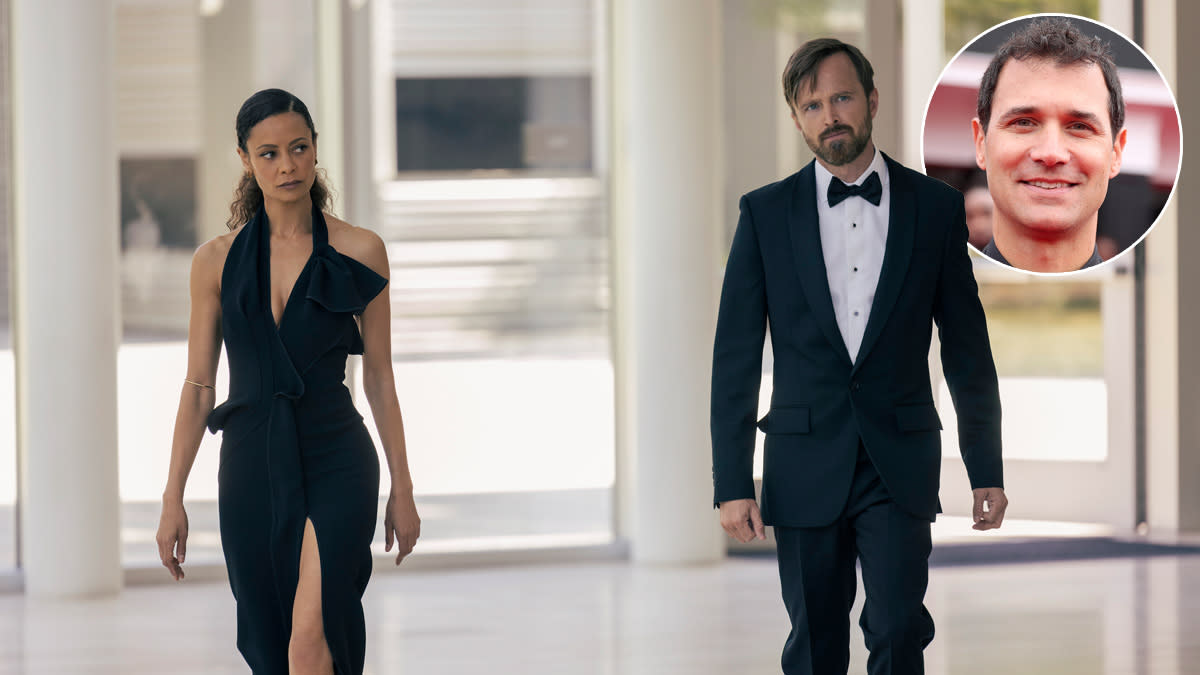 There may not be a big epic cover in the latest episode of Westworld, but there is still much to discuss, music-wise, with composer Ramin Djawadi. That’s because episode 2, “Well Enough Alone,” continues to explore key questions from season 4, ending with the reveal that Delos Destinations, the company behind high-end amusement parks. tech where this future dystopia was born, lives up to its old tricks – with a brand new theme park setting that made Djawadi very happy.

“I love jazz and I also studied jazz at university, and I never get to do a lot of jazz in sheet music. So whenever there’s an opportunity, I jump on it all of next,” he says. Result on introducing a 1920s park, as part of our continuing series of conversations about the music of Westworld this season.

Episode 2 begins with the return of Clementine (Angela Sarafyan), who now lives in the peaceful anonymity of a remote Latin town. Until the arrival of the Man in Black (Ed Harris) who puts it back in service. Djawadi took the opportunity to give the character his own theme – or, well, not exactly a theme, but a “pattern,” in Djawadi’s words.

Tonally, the motif is used very differently in its two appearances in the episode: When we first see Clementine in the opening scene, “there’s a lot more of a feeling of freedom, it’s supposed to feel peaceful, until it all goes south when the Man from Le Noir shows up,” says Djawadi. But when the theme reappears as we see Clementine engage with Secret Service agents, it’s “a completely different arrangement, because she’s a lot tougher.”

Djawadi adds, “I wanted to make sure that I wrote something that works more idyllically at the start of this episode, but then can spin out and make it cooler.”

Much of the episode focuses on Maeve (Thandiwe Newton) and Caleb (Aaron Paul) reunited after a long absence and searching for answers, including a lengthy sequence at the home of a senator (Jack Coleman) whom they discover to be a duplicate host. What’s apparent from the score of this sequence is that at the start, as Maeve and Caleb begin to look around the senator’s house, the music is definitely there, but you might not even know that. it is there – what is wanted.

“On a show like this, where we have a lot of music – Westworld pretty much has wall-to-wall music – one thing to consider is always when to back off or when to push,” Djawadi says. “I felt [that sequence] was a good opportunity to really pull back with the score. They walk, they explore, they discover things, and it’s weird and mysterious. So I thought the score could definitely move back, so you’re really just listening to the environment and working with sound effects. Then, when things go wrong, you can reopen the score. I think it’s something that can be very effective.

But if it is a question for the spectator of not paying too much attention to the ambient score, he adds, “I always like to have themes and patterns and even sounds that I choose specifically, which I will then call back at still other times, to connect scenes. Even when it doesn’t say much musically, even some of those things are very specific, which I hope the viewer will recognize again later. But sometimes it’s hard to say more with less. That can be very difficult.

Two key pieces of music in the episode, Djawadi says, weren’t his department at all: Specifically, the opera Maeve and Caleb hear as they enter the empty theater (a selection of Mozart Don Giovanni, as noted earlier in the episode), and the jazz music later played in the train car bar, which he believes to be a Duke Ellington tune. “Sometimes in Westworld, the songs intersect a lot in the score, but sometimes they are pure drops of water. And in this case, that’s what it was,” he says.

However, he thinks the use of Duke Ellington is “a very well-placed element to foreshadow what’s to come”, as it keeps the mystery of Maeve and Caleb’s situation a little longer. “I think the active decision in this case was that if I were to do something with the score, in that style, it might actually put too much attention on it,” he says. “That’s why we did it just as bar music, so people wouldn’t think about it much, even though it foreshadows what happens at the end of the episode.”

Later in the episode, Djawadi’s score returns with a vengeance, with a rearrangement of the music he calls both “the Delos theme” and “the Sweetwater theme”, memorably introduced in Season 1 as the characters were making their first arrival in Delos. Destination town of Sweetwater. “We played it underground [inside the control room] as well. That’s why I said Delos,” he notes.

In the original version of the theme, he says, “it’s very western-style – there’s acoustic guitar and there’s lead strings.” But for the season 4 version, “it starts out more like a dark bass, as the man in black introduces the park, and then when it opens up, there’s definitely some jazz elements, like I use the muted trumpet.”

We only get a brief glimpse of this new Delos Park, set in the 1920s, and what that means for the show’s music. But “he’s got just enough to get a taste of what’s to come,” says Djawadi, who brought his excitement for this new development into the episode’s end credits. Djawadi got excited about the idea. to continue to play with style. “I always have fun with the end credits, so it’s Hale’s theme, played on a jazz trumpet,” he says. “It’s not pure pure jazz because the idea was to make it jazzy, but make it Westworld-style. So it’s just a little more messed up.

It’s spoiled by design, because too precise a period wouldn’t be exactly true to the nature of Westworld – the show and the titular attraction that was once at the center. “It’s a [theme park]so I think we’re allowed to hint at things, but being a little bit different… It doesn’t always have to be super authentic, because that would feel too much.

Moreover, he adds, even during the first season, it would have been difficult to reproduce the recreated music of the era on screen, because “what is authentic western music? There is nothing like that. We always tried to have contemporary elements in there.

Djawadi says that although each project is different and it may break down for certain series, for Westworld he keeps the approach linear: “I went in order, so I was getting each episode one at a time, then working on it, then moving on to the next.” And that’s what we’ll continue to do with this series of interviews as well, returning weekly to the show’s musical mysteries.

Subscribe to Consequence’s email digest and get the latest breaking music, film and TV news, touring updates, access to exclusive freebies and more delivered straight to your mailbox.