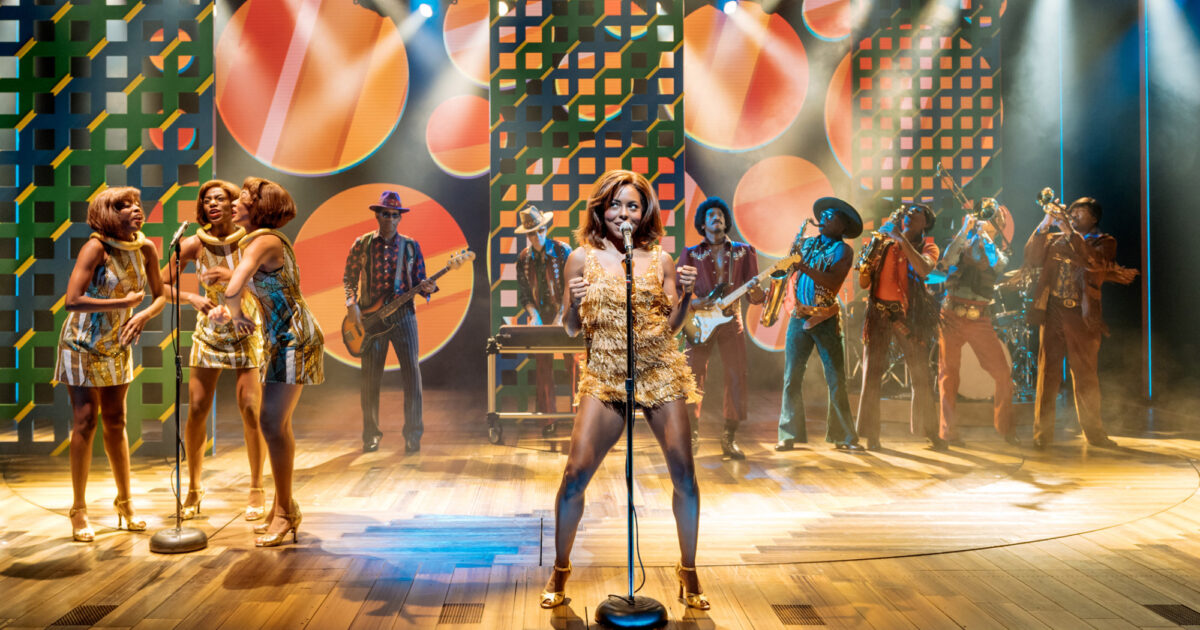 Why Tina: Tina Turner’s Musical Could Be For You

Why Tina: The Tina Turner Musical maybe for you

Since Tina: The Tina Turner Musical Arriving on Broadway in the fall of 2019, passing through the West End, the show brought together audiences from all walks of life through the most unifying force: music. The explosive production traces the life of Tina Turner from a little girl with a giant voice in Nutbush, Tennessee to the global sensation she continues to be today. Chronicling such a grand life is an epic feat for any artist, but it opened a specific path to showcase an incredibly talented roster of black performers.

Here are six reasons to catch the Queen of Rock’n’Roll’s reign on Broadway:

1. It’s a show everyone in the family can enjoy.

Few musicals lighting up Manhattan’s downtown marquees are better suited to a family adventure than Tina. Vital lessons about resilience, sexism and racism are on stage alongside some of the most recognizable rock and soul tunes that older family members will never forget.

2. It’s a powerful story about the triumph of a once-abused black woman.

Tina – a musical giant – once felt small at the hands of her ex-husband and artistic partner, Ike Turner. As Ike and Tina’s musical act grew in popularity, the physical, verbal, mental, and financial manipulation Tina endured grew along with it. It’s always hard to watch other human beings suffer from abuse, but real life Tina Turner has made it her mission to share even the ugly parts of her story in hopes it will save other women from falling or to remain victims of a similar. . In the end, Tina prevails (in life and in the musical) and is able to fill the second half of her life with the joy, love, and support she always deserved.

3. Tina is the embodiment of female star power.

While Tina Turner’s star power can’t be cloned, the women who have been tasked with portraying her several times a week on Broadway are nothing short of superheroes. Resurrecting ’70s choreography and Tina’s signature kicks while evoking the energy of a concert song after song seems as difficult as performing at the Super Bowl. Adrienne Warren, who originated the role in London and New York, won her first Tony Award in 2021 for Best Performance by a Leading Actress. Currently, artists Nkeki Obi-Melekwe and Kayla Davion alternate the role.

4. The show has the stamp of approval from the Queen herself.

There’s nothing worse than falling in love with a bio-musical or a photo, only to find that the main star she’s celebrating doesn’t want her to exist. Fortunately, Mrs. Turner is a mega-fan! Time and again, the titan has expressed his love for all of the cast, creatives, and crew. Along with appearing in the rehearsal room, she attended the Broadway production’s opening night and can even be seen cutting it with Oprah and Gayle on the red carpet. More importantly, Tina participated in the writing of her story with writer Katori Hall.

For many, the first behind-the-scenes introduction to Tina’s life was the 1993 film, What’s love got to do with it? with Angela Bassett and Laurence Fishburne. This film delivered the stormy truth about the rock star’s good and bad times, and scenes from it live on in our collective memory. Film lovers can see these scenes replayed live in front of hundreds of viewers, an experience unlike anything watching on TV or in the cinema.

The winner of 12 Grammy Awards hasn’t been inducted into the Rock ‘n’ Roll Hall of Fame twice for no reason. Audiences will have the opportunity to hear all of his greatest hits and some wonderful covers in the two hour and forty five minute production. “Proud Mary”, “What’s love got to do with it?” and “The Best” all make an appearance. And if you’ve never had the chance to see Tina Turner in concert, this is the next best thing!