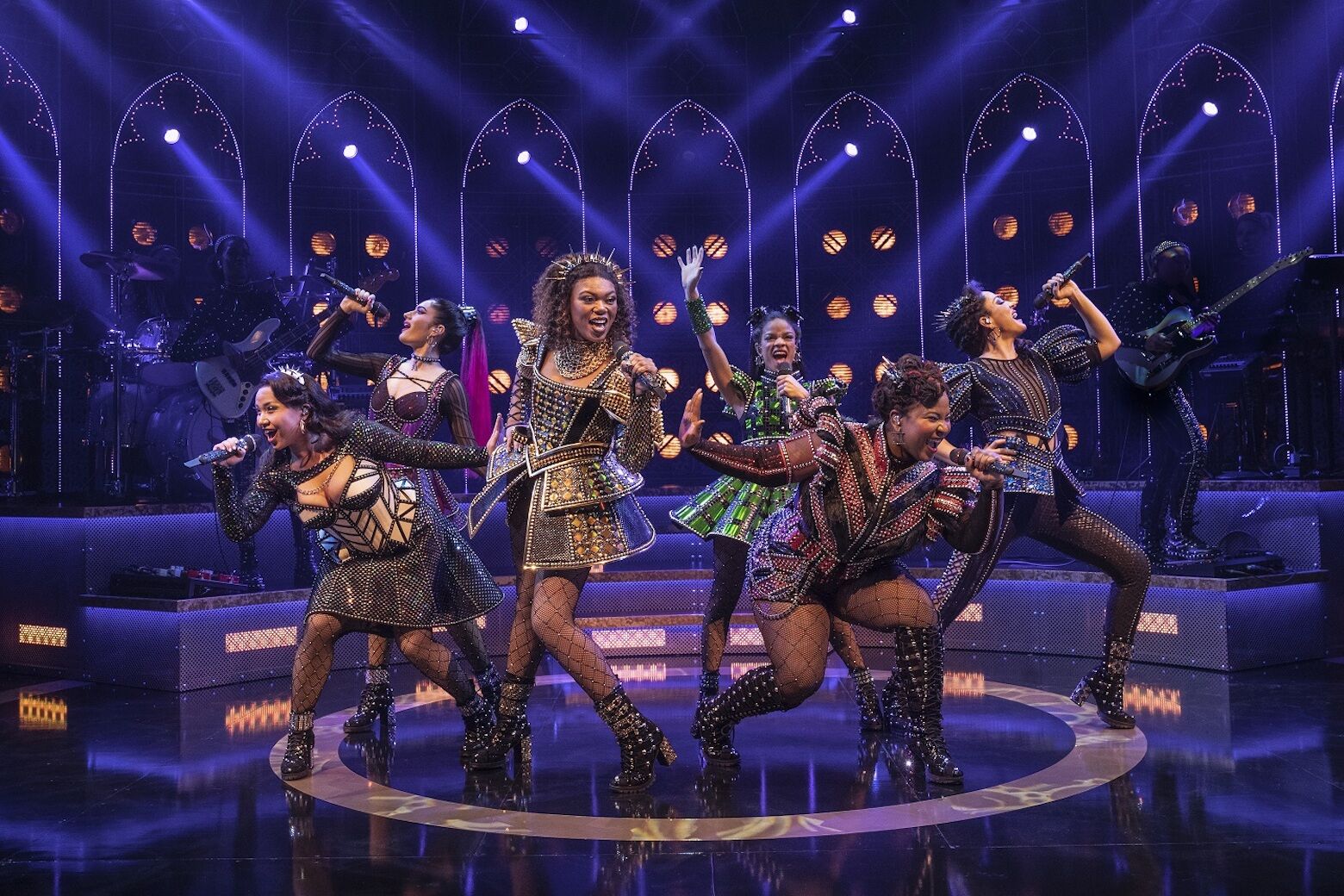 The six wives of Henry VIII are finally getting their rewards as modern pop stars in the Broadway hit ‘Six: The Musical,’ at the National Theater until September 4.

They finally get their reward as modern pop stars in the Broadway hit “Six: The Musical,” which brings its North American run to the National Theater through September 4.

Actress Khaila Wilcoxon told OMCP the show was “a modern and highly relevant spin on the side of Henry VIII’s wives…through the eyes of your favorite pop stars”.

Wilcoxon stars as Catherine of Aragon, Henry VIII’s first wife, and she said her portrayal was mostly inspired by Beyonce, “but I also throw in a bit of Cardi B., Rosalia, Shakira – because it is very important that I pay homage to the Spanish heritage of Catherine of Aragon,” Wilcoxon said.

The dazzling divas come to life in “shining and modern” costumes by Gabriella Slade. “I’m not a super girly girl, but putting on glitter every night brings out another side of me,” Wilcoxon said. The crowns are specially designed for each queen and each costume has its own touch. “Anne Boleyn and Catherine Howard wear necklaces to imply that they have been beheaded. … Anna of Cleves has all these chains.

Behind them, a minimalist ensemble but a sensory experience of light and sound, including the four-piece band The Ladies in Waiting.

Best of all is Tony’s winning score by Toby Marlow and Lucy Moss: “It reminds me – I don’t know if I’ll get in trouble for saying that – it reminds me of a funnier version of ‘Hamilton!'”

Wilcoxon said the show is “like a pop concert with a story behind it, and you’re going to be so moved.” She added, “Bring your girls! We do it for the little queens out there.

Listen to our full conversation here.

Get the latest news and daily headlines delivered to your inbox by signing up here.

© 2022 OMCP. All rights reserved. This website is not intended for users located in the European Economic Area.